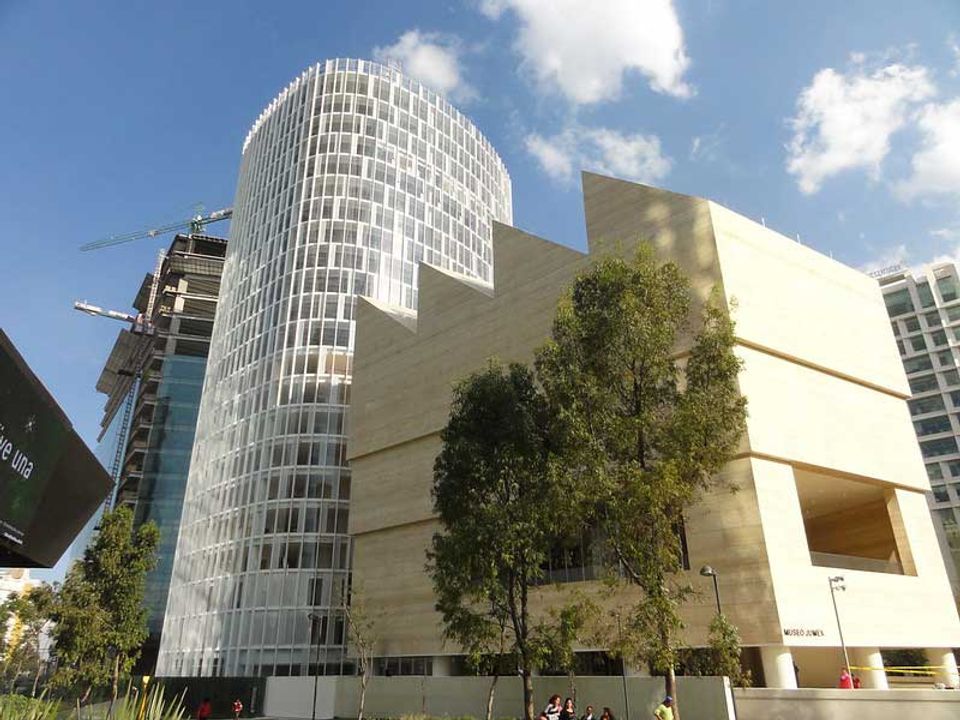 Museo Jumex: Eugenio Lopez Alonso, heir to the Jumex juice fortune, is among the art collectors to establish their own museums in recent years

Art and wealth are rarely strangers—one person’s history of art is another’s sociology of conspicuous consumption. So it is not surprising that today’s tipping of the world—the convulsive and regressive changes in the distribution of wealth both within the West and between the West and the rest—is transforming the art world. The effervescent art market, its fairs and auctions; the global museum building boom; and the increasingly complex and conflicted relationship between active private collectors and public museums are all manifestations of large-scale change in the institutional ecology of art. Eli Broad’s funding of a “museum within a museum” at the Los Angeles Museum of Contemporary Art and the uncertainty around the eventual destination of his collection is the latest example of these criss-crossed lines between private collectors and public institutions.

But perhaps the most significant phenomenon attributable to changes in wealth distribution is the increase, globally, in new museums and galleries that are conceived, funded and run privately, usually but not invariably through the vehicle of a philanthropic trust or foundation, in which tax breaks are traded for ceding formal legal ownership, but not necessarily control. The US experienced a similar phenomenon in its last Gilded Age of the late 19th and early 20th century, when many of its leading cultural institutions were founded on the private collections of the industrial and banking titans of the day

Today, inequalities of wealth have created a second Gilded Age, with a similar burgeoning of institutions.

There was a steady trickle of new privately funded museums throughout the second half of the 20th century. But for the most part the destination of choice for most collectors with a philanthropic bent, uninterested heirs, or an aversion to inheritance taxes was a public or a publicly funded museum that would give the collection the imprimatur and care the collector believed it deserved. The courting of collectors has always been a more significant source of acquisitions for public museums than buying or commissioning. Today, inequalities of wealth have created a second Gilded Age, with a similar burgeoning of institutions.

Many significant collections will never find their way into public institutions but form the nucleus of new private museums. New York’s Neue Galerie and Rubin Museum, to cite two obvious examples, are not vanity museums. They are permanent, vital additions to the cultural fabric of the city, with a full range of curatorial, conservational, public and scholarly programmes. Pinault’s Palazzo Grassi, the Pulitzer Foundation in St Louis, Shanghai’s Zendai Museum, La Colección Jumex in Mexico City or Viktor Vekselberg’s recently announced plans for Moscow and St Petersburg are all fuelled by the immense wealth and entrepreneurial drive of collectors who, with some justification, do not believe that donation to a public institution would afford them the degree of control, the opportunities for display, or even the conservational standards that they will get by going it alone.

The trend is viewed with consternation by many in the museum community. These new institutions are often erratic in their governance, especially in their early years when their often restless founders are still around; the lines between the private and public interest are frequently blurred. Above all, like their 19th- and early 20th-century forbears—the Gardeners, the Morgans, the Barnes and the Fricks—the collections represent the acquisitive interests of a single individual and, often, the small coterie of advisers he or she has chosen to surround themselves with. The collections represent a passionate and single minded interest—the antithesis of the universalist impulses of the encyclopaedic museum.

Inequalities in wealth are widening not narrowing, and the international super-class of collectors is growing.

There are good reasons to believe the trend will continue. Inequalities in wealth are widening not narrowing, and the international super-class of collectors is growing—there are, according to Forbes magazine, just under 1,000 dollar billionaires in the world today—twice the number there were four years ago. Much of the art market today has been annexed by the global luxury goods and services market that has grown up around the newly super-rich and is relocating to where they live and play. And the larger, older public institutions, with the inbuilt inflexibilities inherent in their organisational design and their operating models, find it increasingly challenging to be able to offer this cadre of collectors propositions for stewardship or display of their collections that are more attractive than a museum of one’s own. A world recession may slow the rate of increase, but the tiny cohort is largely protected from the vagaries of recession.

As the scale and number of private art museums increases, their influence on museum practice will too, and codes of practice and policies around such issues as de-accessioning, conflict of interest policy and reciprocity in loans will come under pressure as these new institutions explore and test received wisdom and standard practices. Some of this disruption will be healthy, forcing museums to revisit long unexamined practices. But there is also a very real danger that the appropriate conservatism of the museum sector will be challenged aggressively by a new generation of proprietorial museum board members who feel that, as in their own professional lives, “rules are for other people” and that, whatever the formal legal status, these institutions are an extension of their own private property and can be run as such.