The US finally unveils its Second World War memorial

It has taken almost 60 years to commemorate the 400,000 American soldiers who died in the conflict 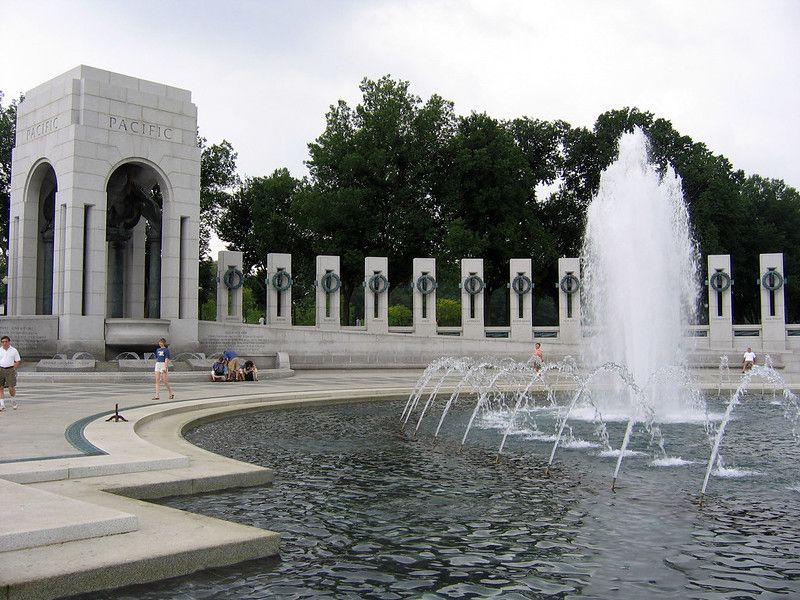 A memorial to the American soldiers who died in the Second World War is to be formally dedicated in Washington, DC on 29 May, nearly 59 years after the end of the conflict. Controversy has plagued the construction of the monument since 1995 and the unveiling itself has been severely criticised. Of the 16 million Americans who served in uniform, some four million survive, with the youngest veterans believed to be 76 years old. However, the organisers of the event severely underestimated the number of veterans who wished to attend the ceremony with many being denied tickets.

This latest PR debacle follows years of objections from campaigners, such as Judy Scott Feldman, the chairwoman of the National Coalition to Save Our Mall, who have described the design as imperial, triumphal, and even Fascist. Although there has been unanimous support for an appropriate memorial, critics of the project have objected to virtually every aspect of the monument from its massive scale and classically-inspired architecture to its placement on the National Mall, a meadow-like swath of land that is used as a rallying point for political demonstrations and provides sweeping and unobstructed vistas from the Lincoln Memorial to the Washington Monument.

Designed by the Austrian-born architect Friedrich St Florian, the vast memorial plaza is entered through two 43-foot arches decorated with bronze laurels, wreaths and eagles. At the centre of the space is a wall with 4,000 sculpted gold stars to honour the 400,000 Americans who died in battle.

Veterans of the Second World War have not suffered from the same stigma associated with the Vietnam and other historically unpopular campaigns, which explain why the construction of the memorial lacked the same political urgency as the project to construct a Vietnam Memorial

Speaking to The Art Newspaper, Betsy Glick, a spokeswoman for the Monuments Commission, said that, over the years, veterans of the Second World War have not suffered from the same stigma associated with the Vietnam and other historically unpopular campaigns, which helps explain why the construction of a Second World War memorial lacked the same political urgency as the project to construct a Vietnam Memorial (inaugurated in 1982) or the Vietnam Woman’s Memorial (inaugurated in 1993).

After several years of fundraising, public hearings, and a lawsuit filed by the National Coalition opposition group, President George W. Bush signed legislation into law on 28 May 2001 ordering construction on the memorial to begin without further delay and effectively overriding any further dissent.

The dedication ceremony will be accompanied by a series of events and exhibitions including a Norman Rockwell show at the Corcoran Gallery of Art (15 May-7 September).

about 10 hours ago
Sung Tieu's film on sonic warfare, nausea and the legacy of the Cold War wins 2021 Frieze Artist Award