A Maine werewolf in New York 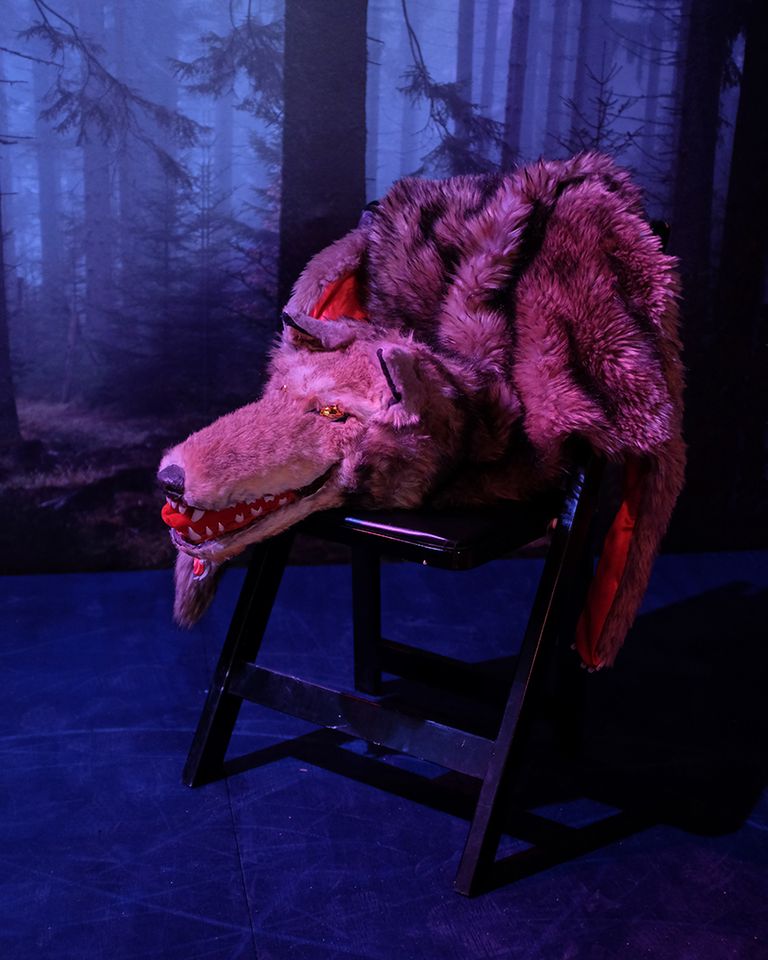 The myth of the werewolf gets a fresh spin—including an old Hollywood strip-tease, in which Red Riding Hood puts on a wolf skin—in Sue de Beer’s new video work, The White Wolf (2018), to go on view this month at Marianne Boesky Gallery in New York (21 June-3 August). The “loneliness” around werewolves, who outlive others, and the “stages of being a person… [which] often involve involuntary shifts in your physical self” drew the artist to this mythology, she says. The two-channel, 22-minute video, made as part of de Beer’s 2016 John Simon Guggenheim Fellowship, tells a werewolf tale set on a Maine island (in reality, kitschy sets de Beer built at Mana Contemporary in Jersey City) with a low-budget horror film feel and a foreboding score by de Beer's longtime collaborator Andy Comer. Amidst other action, the musician Yuka Honda, who also wrote a song for the film, recounts the story a lighthouse keeper who believed his wife was no longer the same person. The woman “saw a wolf’s mouth inside her face” each time she looked in the mirror, Honda tells us. If viewers find themselves confused by the video’s twisting stories, they are in good company. “I’m not even quite sure who the werewolf is,” de Beer says.