A performance knocks a brutal white male doctor off his pedestal 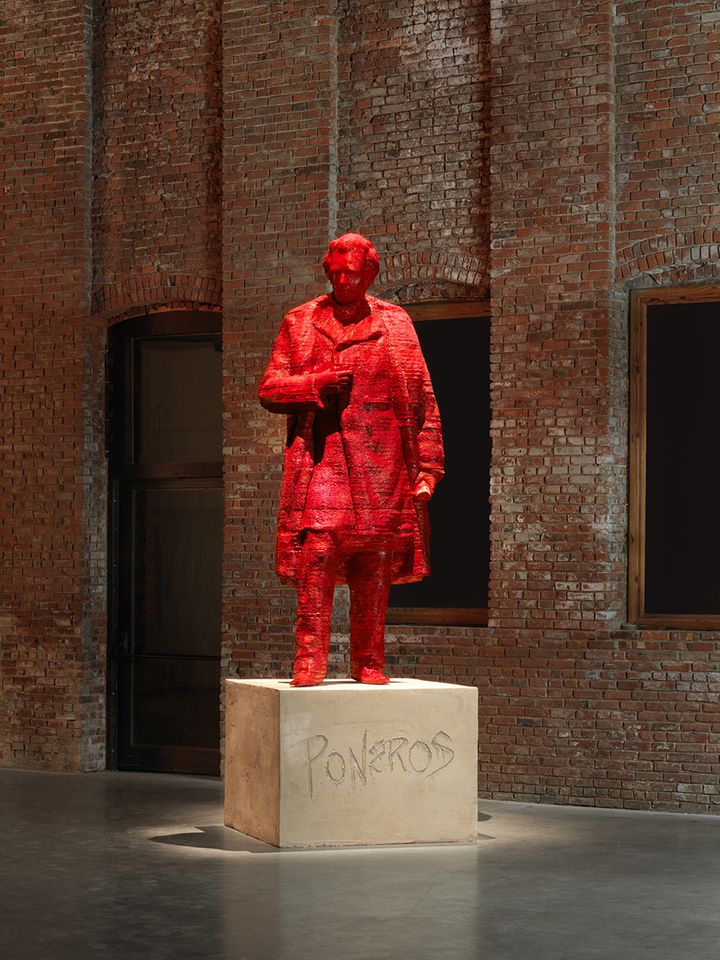 Doreen Garner's sculpture of J. Marion Sims, 3-D scanned from a statue in Central Park, in White Man on a Pedestal at Pioneer Works Dan Bradica

White Man on a Pedestal at Pioneer Works in Brooklyn, an exhibition of solo presentations by the artists Kenya Robinson and Doreen Garner (until 17 December), dissects the dominant white male narrative in art history. Tonight, 30 November, Garner’s performance Purge will literally dissect the “father of modern gynaecology” J. Marion Sims, who conducted brutal medical experiments, without anaesthesia, on enslaved African American women in the 1840s. A statue of Sims in Central Park brought him into the conversation around Confederate statues, but Garner began to research the doctor in 2015. “I became more and more disgusted, and so then I was trying to figure out ways that I could transform all of my emotions into a body of work,” she says. Garner has 3-D scanned and rebuilt the Sims statue at Pioneer Works and covered it with silicone “skin” to be removed and placed on an operating table during Purge. Garner will perform a vesicovaginal fistula closure, a post-childbirth procedure developed by Sims, on the skin. She will be assisted by black women whose bodies were cast for another work in the show, Rack of those Ravaged and Unconsenting, of hanging silicone body parts to reference the torturous experiments. “My biggest goal for the show is for people to be a little more aware of the history of black bodies that have been exploited in the medical industry,” she says. “Hopefully this show is going to put people in the place where they don’t have to debate [whether the statue should be removed] anymore.”