Chequered past: from the Bear Skin to the Nazis, a once-restituted painting is now coming up for auction 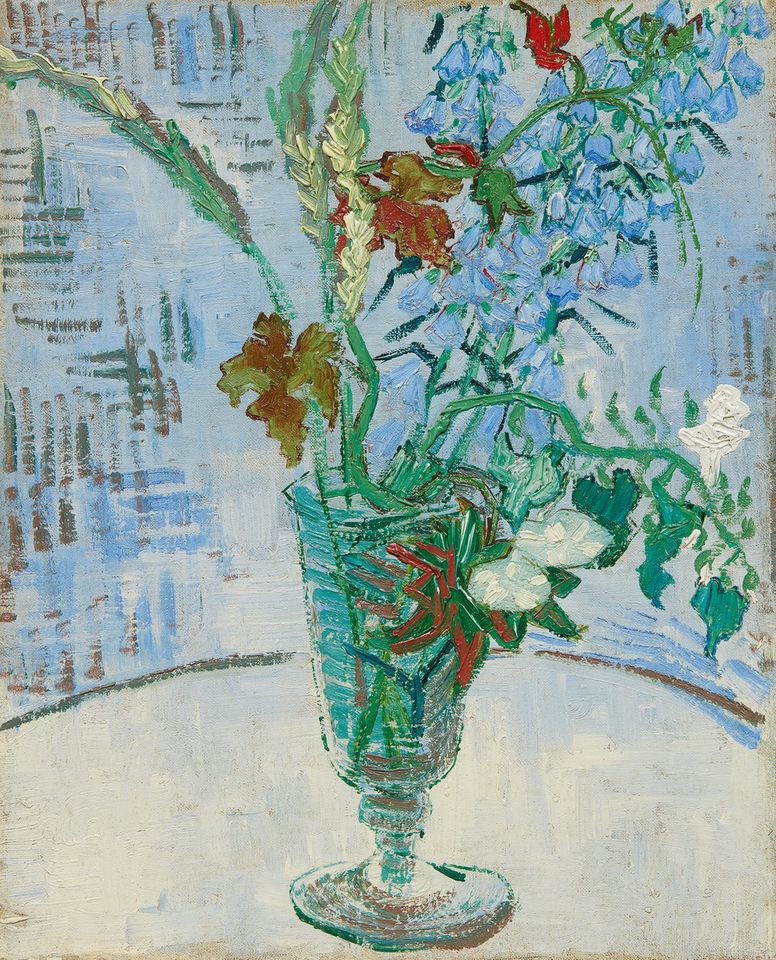 Sotheby’s is to auction Vincent Van Gogh’s Fleurs dans un Verre (Flowers in a Glass, 1890) in New York on 28 October, estimated at $14m-$18m. Due to coronavirus restrictions the painting is only available to view by appointment and the evening Impressionist and Modern art sale will be live-streamed, without bidders in the room.

Fleurs dans un Verre was painted in around June 1890 in Auvers-sur-Oise, the village just north of Paris where Van Gogh lived for his final weeks, before shooting himself the following month. It depicts ears of wheat, vine leaves and a spray of foxglove in a glass. Presumably Van Gogh walked through his beloved wheatfields, passed a vineyard and plucked foxglove (digitalis) in the garden of his homeopathic doctor friend, Paul Gachet.

During his two years in Paris, in 1886-88, Van Gogh had completed over 50 flower still lifes, an experience which played a crucial role in developing his sense of colour. He went on to paint his iconic Sunflowers during his subsequent stay in Arles. With Dr Gachet’s encouragement, he eventually painted 11 bouquets in Auvers.

Although Vincent disliked the doctor’s cluttered house, filled with curios, he told his brother Theo that one “good aspect” was that there were always plenty of vessels for still lifes. The doctor’s son still had the same glass depicted in Fleurs dans un Verre in the mid-20th century, when it was photographed along with other souvenirs of Van Gogh’s visits to their home. 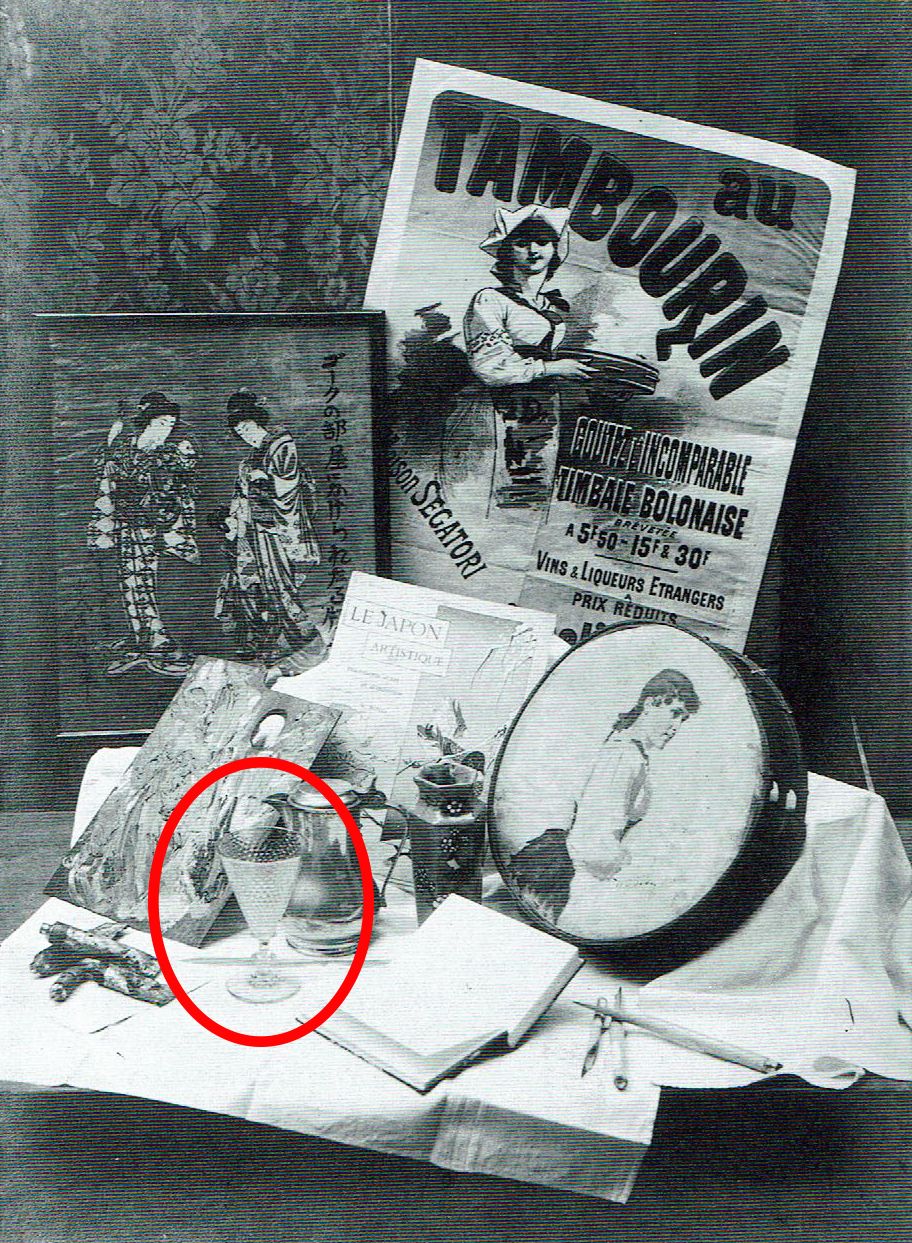 Fleurs dans un Verre has had an unusual history. The early provenance remains a mystery: it may have originally belonged to Vincent’s brother Theo or Dr Gachet, although it is unrecorded in either collection. It may have been first handled by the Parisian dealer Ambroise Vollard.

In 1908 the painting was bought by La Peau de l’Ours (The Skin of the Bear), an unusually named consortium of 13 progressive collectors who contributed every year to buying modern art. Their collection was auctioned in 1914, with the Van Gogh fetching the equivalent of $924. By the 1930s Fleurs dans un Verre was owned by Alfred Lindon, a Polish-born Parisian pearl jeweller.

As a Jew, Lindon’s life was endangered by the German occupation of France in 1940. He put his art collection in a Chase Manhattan Bank vault in Paris and fled into exile in America. In June that year, a Nazi commando raided the bank, taking the paintings, which were dispatched to Schloss Neuschwanstein, the dramatic castle in the Bavarian Alps. Hermann Göring, Hitler’s deputy, then seized the Van Gogh flower still life, wanting to realise its financial value. He sent it to Galerie Fischer in Lucerne, in neutral Switzerland, in part exchange for several paintings by the Germanic artist Lucas Cranach.

Alfred Lindon died in May 1948, but his son Jacques (who became an art dealer) succeeded in getting the looted Van Gogh restituted in December of that year—and he later sold it. From 1963 to 1998 Fleurs dans un Verre was in the Reader’s Digest Collection, formed by Lila Acheson Wallace. It was later auctioned by Sotheby’s in 1998 ($4.1m) and 2000 ($4.6m), and since then has remained unseen in an undisclosed private collection.

Van Gogh’s still lifes from his last two years are the most collectable, making Fleurs dans un Verre an important work. Although another Auvers flower picture of poppies and daisies, painted in a pot standing on the same round table in the Gachet garden, fetched $62m in 2014, the one coming up at Sotheby’s lacks the bright contrasting colours—and hence the slightly more affordable estimate.

The $62m picture was bought by Beijing film mogul Wang Zhongjun. There is also a good chance that Fleurs dans un Verre will soon be heading towards east Asia, since that is where most of the top Van Goghs have ended up in recent years. 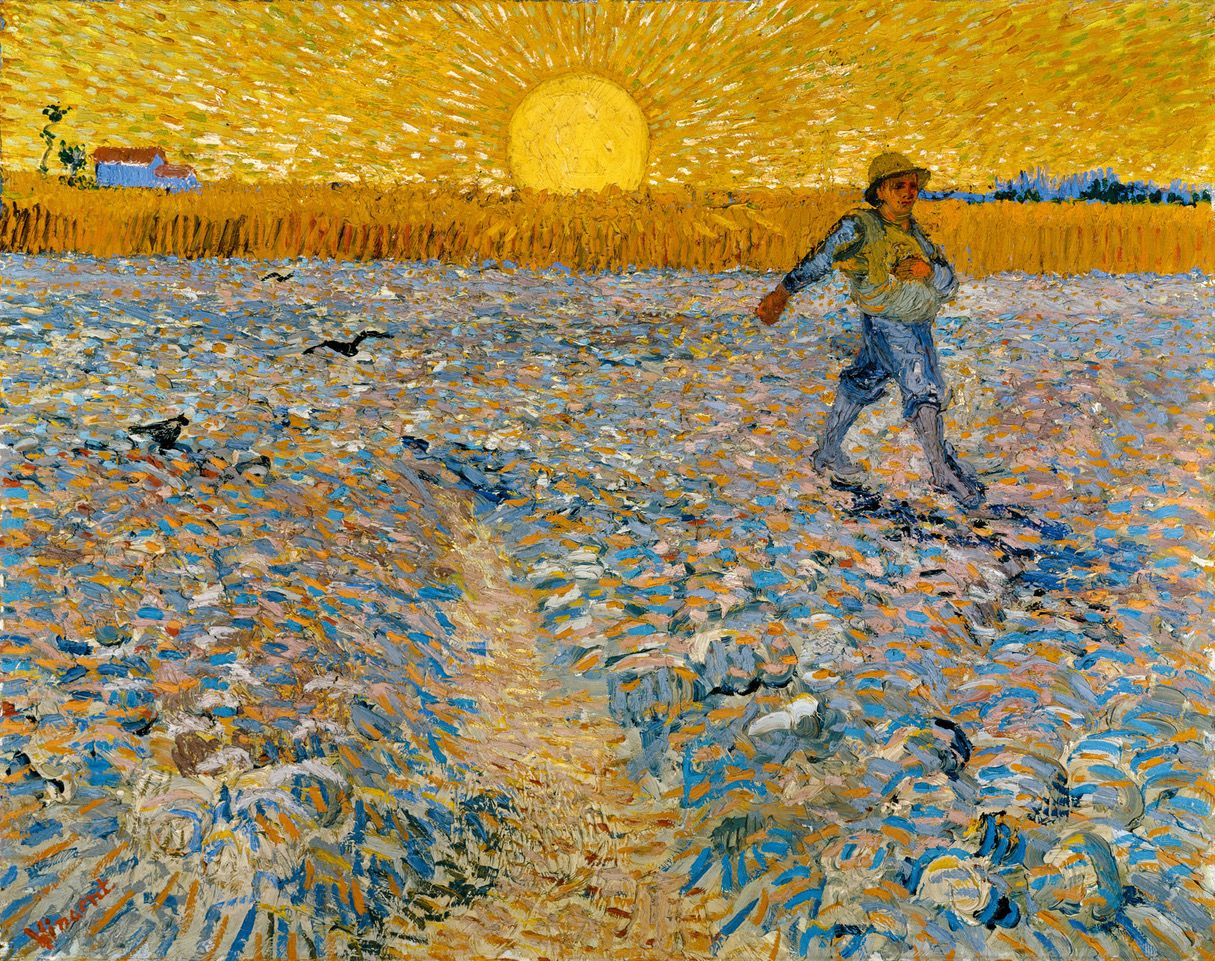 • Van Gogh: the Colours of Life opened in Padua last Saturday and runs until 11 April 2021. The ambitious show, organised by the Italian exhibition company Linea d’Ombra, is being held in the recently converted 16th-century monastery of San Gaetano. On show are 37 Van Gogh paintings and 45 drawings. Of the 82 Van Goghs, 73 have come on loan from the Kröller-Müller Museum in Otterlo. Mounting such an exhibition during the coronavirus crisis represents a considerable achievement.