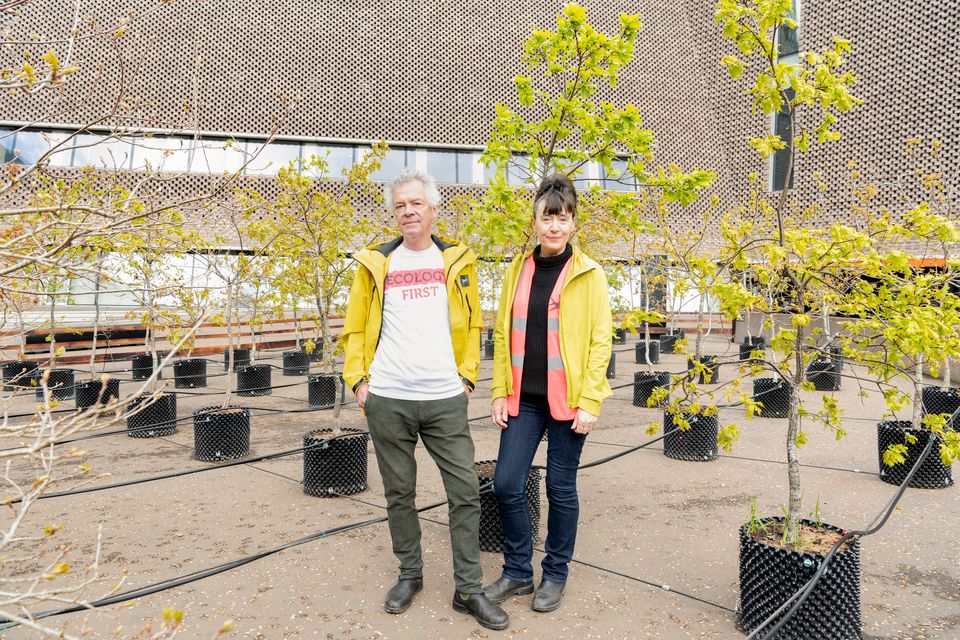 A forest of 100 young oaks has taken root on the terrace outside Tate Modern, where it will remain throughout the summer until 14 November. But these are no ordinary trees. They are the direct progeny of 7,000 oak trees planted by the artist, environmental activist and German Green Party founder Joseph Beuys in and around the city of Kassel in Germany between 1982-87.

This now-seminal work was called 7,000 Oaks—City Forestation Instead of City Administration and the introduction of these multiple trees, each one accompanied by its own basalt standing stone, permanently altered the local cityscape and connected art to the emerging environmental movement. 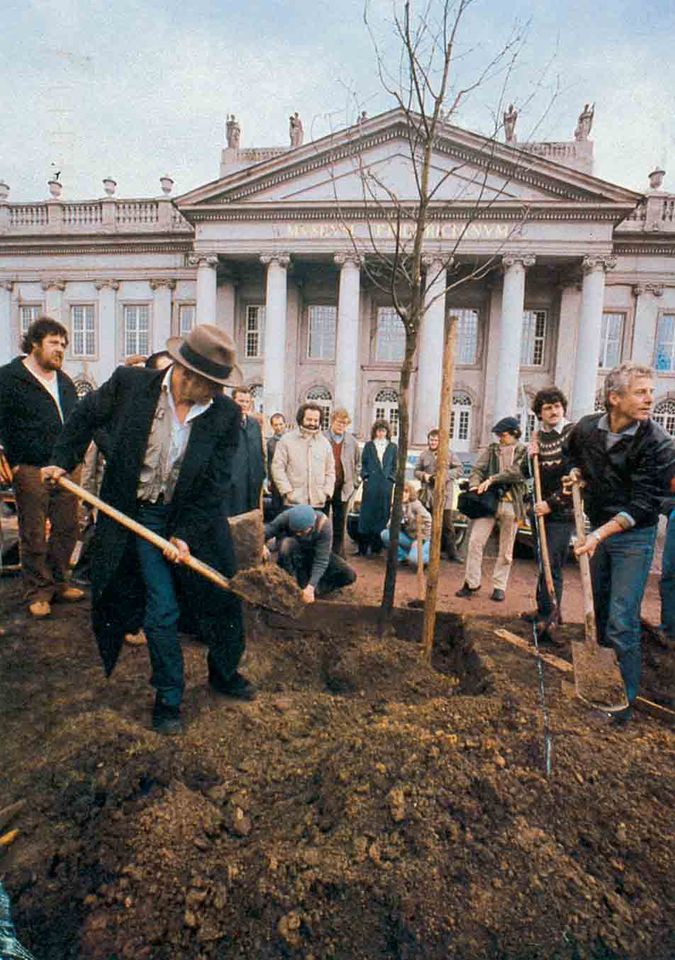 In 2007 Ackroyd & Harvey travelled to Kassel and collected acorns from Beuys’s original oaks with the aim to nurture new trees. Now, to mark the centenary of Beuys’s birth, 100 of these sturdy saplings have been installed by the artist duo as a living sculpture outside Tate Modern. “Nearly 40 years after Beuys planted the first of his 7,000 oak trees, it feels very timely and moving for us to be displaying 100 of our Beuys’ acorn trees at Tate Modern,” they say. “It feels like a very positive thing to do, especially given the turmoil of last year.”

Ackroyd and Harvey point out that, despite the decline in carbon emissions brought about by the hiatus of Covid-19, the last 12 months marked the third worst year for loss of trees worldwide since 2002. Their trees therefore stand as a reminder of the continuing and devastating deforestation across the globe. “Beuys called for the world to become a big forest,” they declare. “We feel a strong sense of protection towards these young trees in a time of enormous planetary instability, when destruction of the world’s forests increased so sharply last year.” 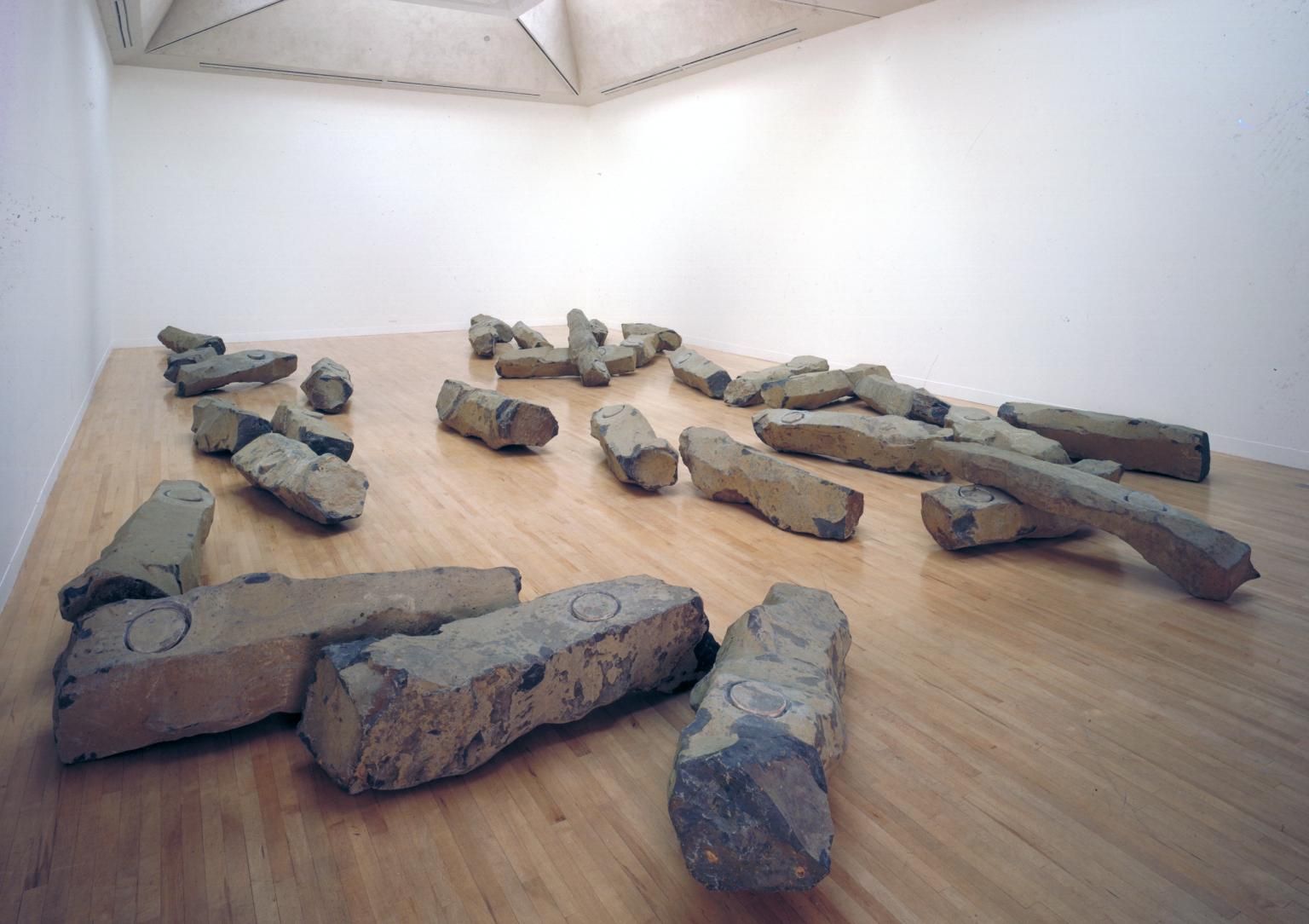 Joseph Beuys, The End of the Twentieth Century (1983–5) Courtesy of Tate

The placement of Beuys’ acorns is made even more poetic and pertinent by the fact that, directly below Tate Modern’ terrace in the gallery’s Tanks space, a major Beuys work The End of the 20th Century (1983-5) has been installed. One of the star pieces of Tate’s collection, it comprises 31 large rough-hewn basalt rocks which derive from the same stones as those placed alongside the trees in Kassel and will be viewable when Tate re-opens on 17 May. Like the 100 young oaks above, the work will also remain in-situ until 14 November, which is the closing date of COP26, the UN Climate Change Conference taking place in Glasgow. So for the next six months, two key elements of Beuys’ original 7,000 Oaks project will be reunited, one above ground and one below—much to the delight of Ackroyd & Harvey. “We really love that Beuys’ artwork is called The End of the 20th Century and our trees were germinated at the beginning of the 21st century, and now there’s this relationship between the vital life force of these trees above, and the pulsating energy of the stone below.” 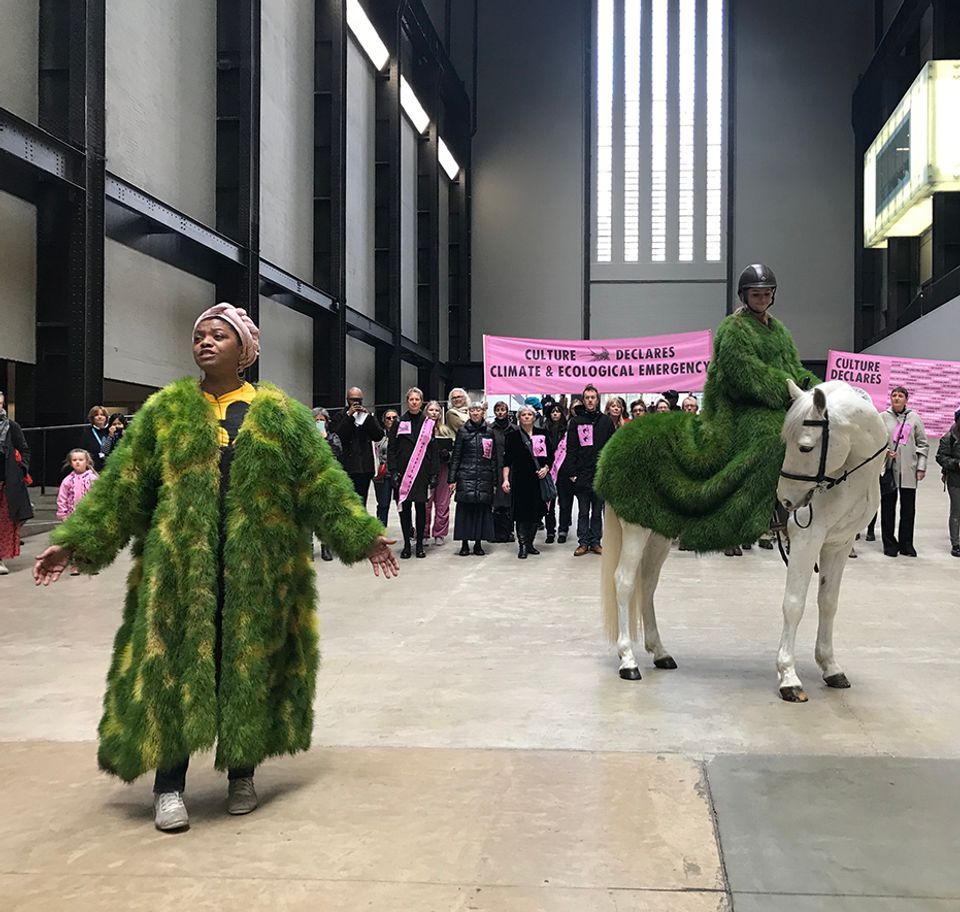 Tate Modern is also an appropriate location for Ackroyd & Harvey as just over two years ago, in April 2019, it was where they marked the foundation of Culture Declares Emergency, an initiative they co-created which calls for individuals and organisations across the UK’s cultural sector to declare a climate and ecological emergency and to pledge immediate action. The launch of Culture Declares was marked by Tate Modern’s Turbine Hall being occupied by a procession of bell ringing declarers, headed by a woman riding a white horse and draped in an Ackroyd & Harvey coat of living grass. This was done with the approval of Tate director Frances Morris, who later recalled “one of the most vivid moments of recent years was when that horse walked into the Turbine Hall with that great green grass carpet—to welcome them formally and for Tate then to declare was for me a personal commitment.”

Three months later Tate officially declared a climate emergency and issued a statement pledging to “interrogate our systems, our values and our programmes, and look for ways to become more adaptive and responsible”. Now more than 1,600 individuals, institutions and organisations have declared climate and environmental emergency and pledged to put their environmental houses in order, with Ackroyd & Harvey acknowledging that “when Tate declared it was a moving of the cultural tectonic plates. And now our Beuys acorns are continuing to declare a climate and environmental emergency while calling for a revolution of love in our relationship with nature”. 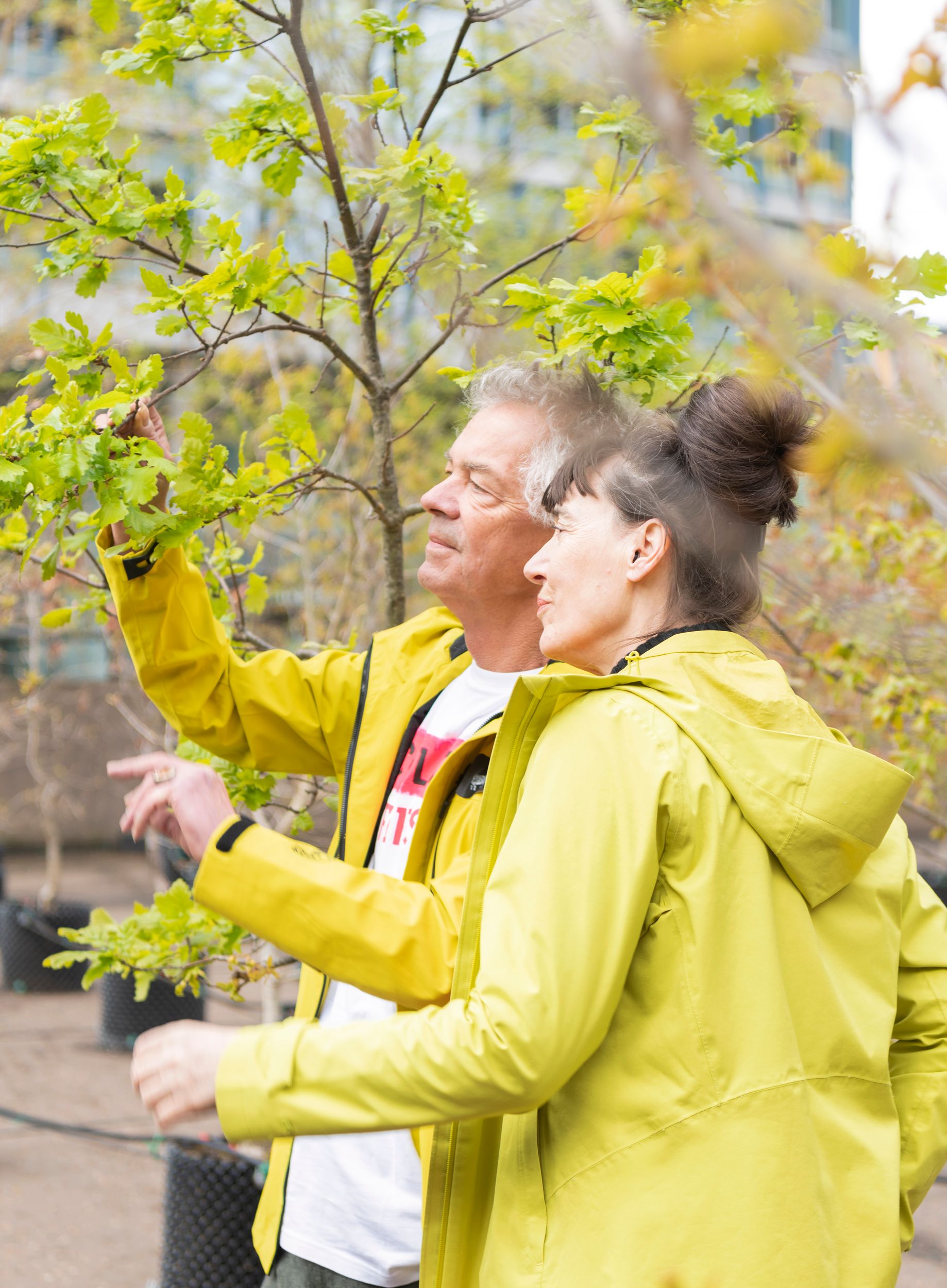 As part of Beuys’s legacy, seven of Ackroyd & Harvey’s oak saplings will be permanently planted in the area around Tate Modern next year, following close liaison with the local community to decide their location. In the future the artists aim to disperse the rest of their Beuysian offspring to build up “a mosaic of trees” across the country, with each tree forming what they hope will be “a beacon of restoration and regeneration by local people within the context of their land.”

“This isn't just about planting the trees, and occasionally popping over to see them, it’s about really understanding the dynamics of the place, understanding the people who inhabit place and understanding the other trees and the other wildlife around it,” they insist. “We would like the trees to be a way of opening up conversations with people within the locality and to create a sense of deeper care and respect and love for the nature that is around us. With our little oak divining twigs I hope we are finding a way forward through the life force of these trees.” An aim which Joseph Beuys would heartily applaud.