The must-see piece of this year’s London Art Fair (until 22 January) is not easy to find. The London-born, Brighton-based Amartey Golding’s mesmerizing and disturbing film Chainmail, is tucked away in a tiny curtained viewing room at the Jack House Gallery booth. However, an increasingly lengthening queue outside acts as a clue. Once in, it is easy to see why this debut film from an artist hitherto best-known for his charcoal drawings on unprimed canvas, has been attracting so much attention.

Prejudice and stereotypes surrounding the portrayal of black males and masculinity in general are explored, interrogated, caricatured and collapsed in Golding’s exquisite portrayal of a fictional ritual. This begins with a young black ballet dancer who performs in exquisitely slow motion to the guttural sound and notoriously homophobic lyrics of Buju Banton’s Boom Bye-Bye, his face covered in a loose mask of heavy chain mail. Closely surrounding him, an all-male throng observe dispassionately. A hefty cloak made of the same chain mail is then brought in and ostentatiously weighed-in at 65kg, before being ceremoniously draped over the dancer’s shoulders and given a luxuriant topping of fox tails. The crowd look considerably more impressed as the dancer continues to twirl and kick for several minutes whilst carrying this colossal extra load before slumping to the ground, unable to move any more. 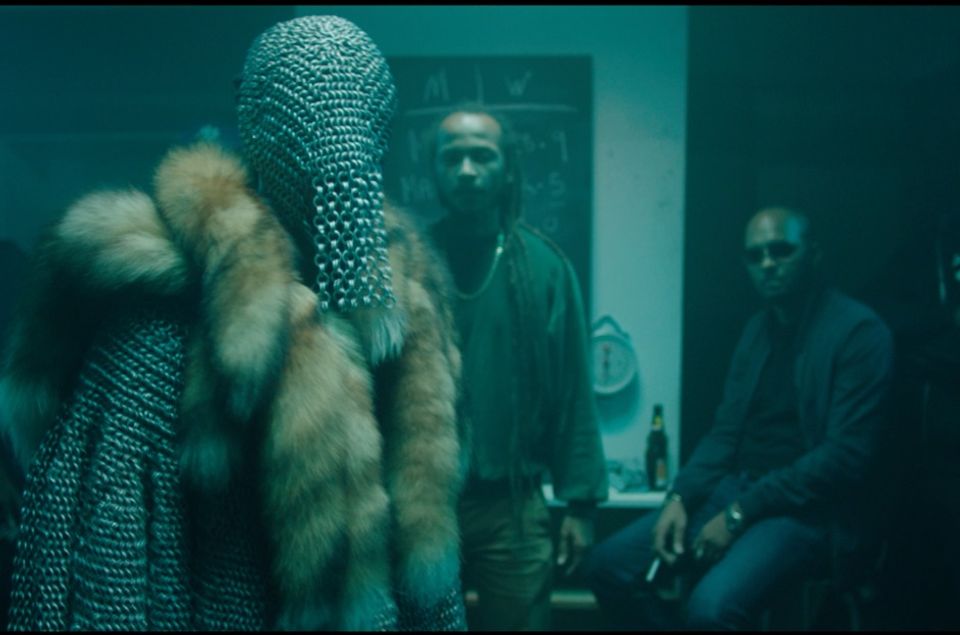 The film’s notes state that the starting point for the project came after the artist’s godson lost two friends to knife crime within a matter of weeks and that “the chainmail was a practical solution to this danger—and the arduous task of making it became a mourning ritual”. But what they don’t reveal is that the star of the piece is the artist’s brother, Solomon Golding, who is the first black British male dancer to join The Royal Ballet. They also omit to mention that Solomon’s extraordinary levels of fitness, endurance and strength would be a challenge even for his and Amartey’s other brother, Kidane, who last year rose through basic army training to graduate from the Royal Military Academy Sandhurst with the Sword of Honour—the highest award possible. What a piece, and what a trio.