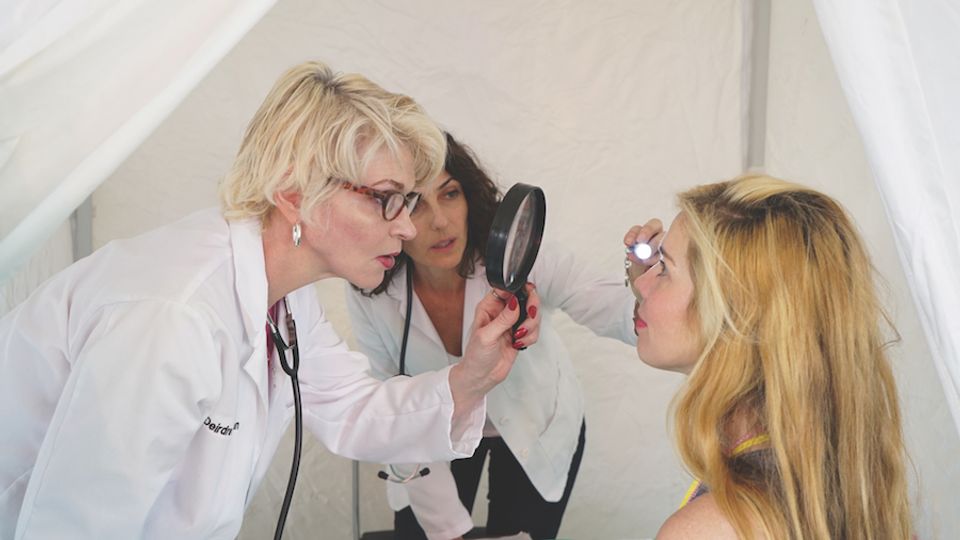 A “patient” is examined in the performance Beauty Box at Satellite Photo: Alex Sullivan; courtesy of Performance Is Alive

Having a positive body image in Miami, the land of nips and tucks, can be hard. But fear not: the New York-based artist and film-maker Cat Del Buono is here to help with her performance Beauty Box, which offers a free “beauty consultation”. Instead of receiving tips for cosmetic self--improvement, participants are given a list of what is already gorgeous about them. “I feel as though my job is to help them see beauty from a different angle, through the eyes of a typical artist,” Del Buono says. The artist previously staged Beauty Box in Fort Lauderdale and across New York, but says that “there’s more of a reaction with the women” in the Miami area, including at her performance at the Satellite fair’s opening on Thursday. “They’re rarely told that they’re OK the way they are,” she says. “They don’t know how to handle that.” Which makes us want to tell all our female readers out there: you’re perfect. 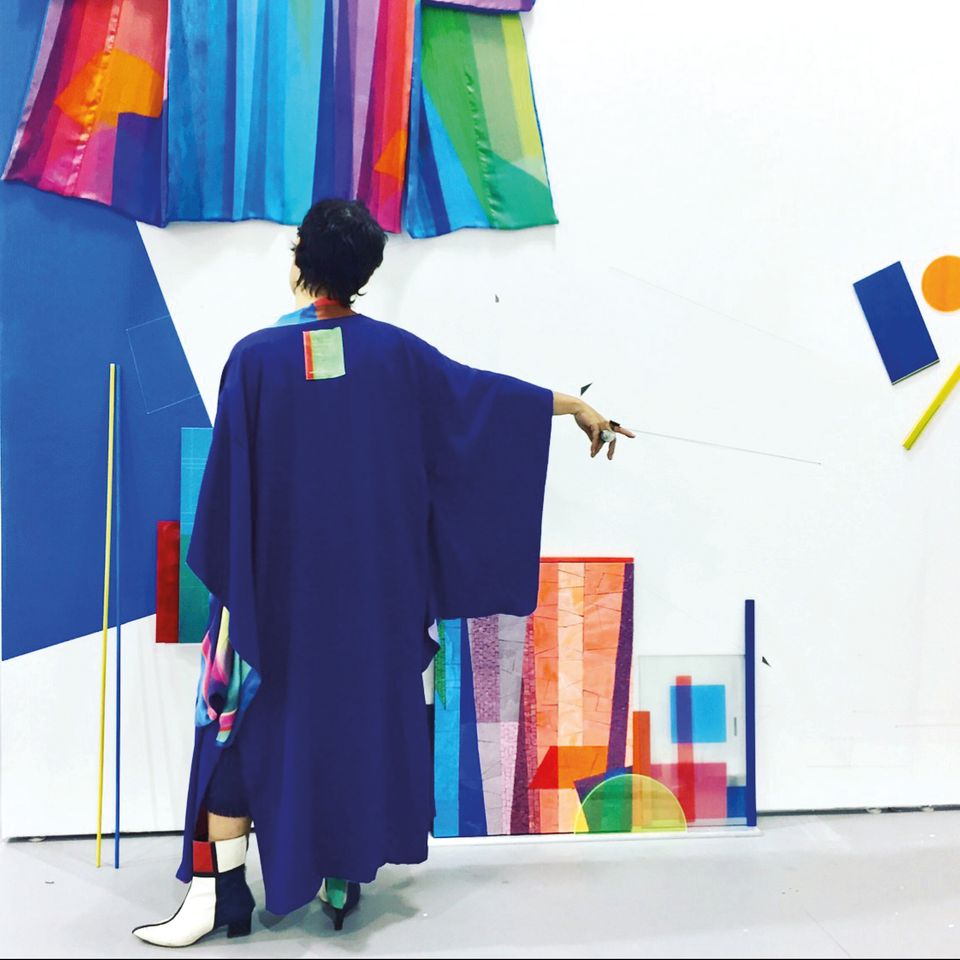 The stars align at Unlimited

“I’m very practical because I’m a Taurus,” says Monika Bravo, who channels the cosmic energy of the stars into her paintings, videos and installations. “My astrology work and my art are intimately connected.” At the Untitled Art fair, the Colombian-born, New York-based artist invites fair-goers to explore their own star-aligned potential. She offers live readings of visitors’ birth charts on Ginsberg gallery’s stand, combining Jungian psychology and archetypal story-telling to help people understand how cosmic-scale movements affect their lives. “The energies of our moment are powerful; we see them dissolving political and social structures all around us,” she says, adding that astrology can be used as a “tuning instrument” to enable us better to harness our own power.

I find the process of curating rather intense and at times even emotionally exhausting—but fun and fulfilling. The actress and New York Academy of Art trustee Brooke Shields on organising a show of alumni work at Art Miami with the school’s president, David Kratz 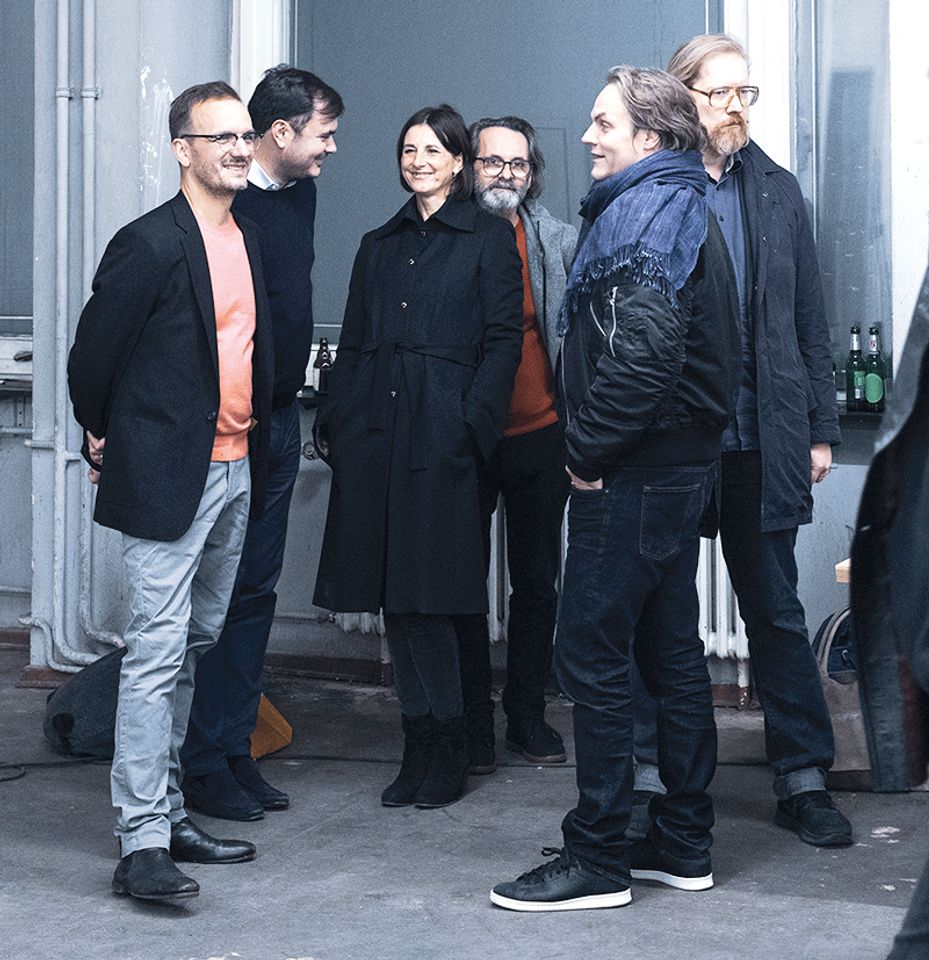 But can you dance to it?

Some of the art world’s most illustrious figures are making sweet music together. Thomas Hug, the director of the Artgèneve fair, is part of a supergroup called La Stampa that has just released its second album, Bonjour Trieste, via the Vinyl Factory record label. “I am on the keys, and compose the music together with the other members, singing two songs—Protector Solar and Une Fille d’Officier,” Hug said at a party in Miami earlier this week. His bandmates include the writer and Frieze co-editor Jörg Heiser and the Berlin-based critic Jan Verwoert. Asked what kind of music the arty band plays, Hug simply says: “It’s pop.”