Art Basel in Miami Beach diary: Arnold Schwarzenegger is a forgery fan and Tomás Saraceno gets nerdy on the beach

Plus, a look into the archive at Larry Gagosian's crabby habits 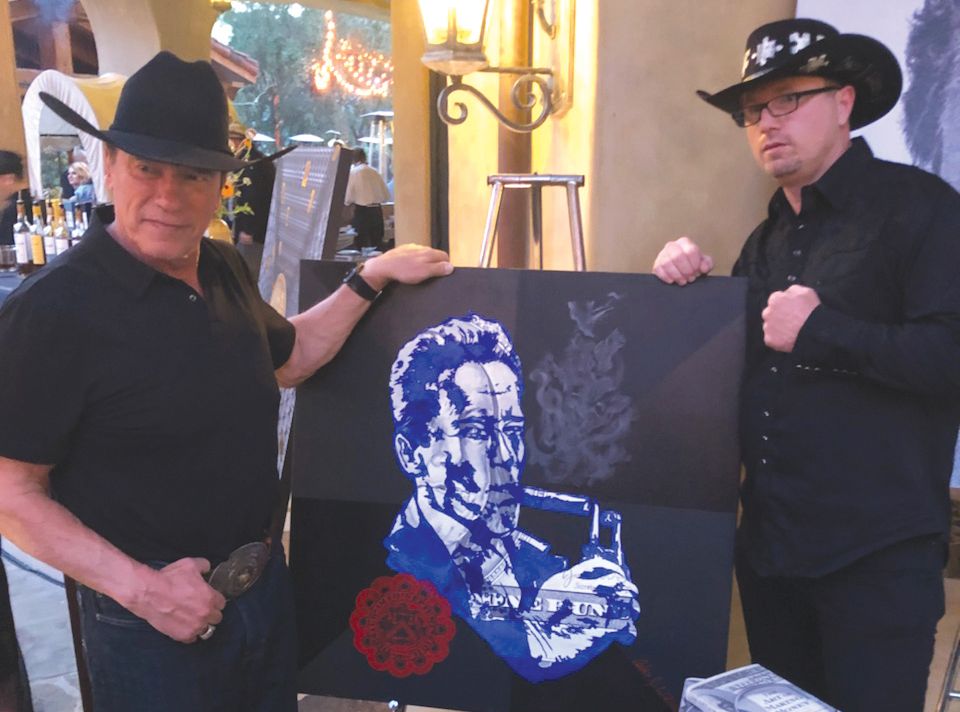 Counterfeiter with an ‘art of gold

All sorts of artistic talents end up in Miami, but few have served seven-year jail sentences for forging $100 US banknotes. Arthur J. Williams successfully replicated as much as $10m in fabricated bills in the late 1990s. During his incarceration, he also studied the techniques of Leonardo da Vinci. Recent works by the reformed counterfeiter, on display this week at the Setai hotel, are based on the Civil Liberties Act, which granted reparations to Japanese Americans forced into US internment camps during the Second World War. “I hope to serve as an inspiration to others, proving that one can always turn things around, even when it seems you are at the end of the rope,” says Williams, who counts Hollywood superstar Arnold Schwarzenegger among his fans. The former forger is donating a portion of the proceeds of his sales to an after-school programme—proof indeed that this ex-rogue has an ‘art of gold. Before Judy Chicago became a pioneering feminist artist with a new solo show at the Institute of Contemporary Art, Miami, she was a five-year-old who loved finger-painting. Her mother enrolled her in classes for children at the Art Institute of Chicago (AIC), and she rode the bus by herself from her home to the museum—a feat that is “inconceivable now”, she says. “Parents today won’t let their kids walk a block to school.” Wandering around the museum gave her “a consciousness of art history”, Chicago says. “That’s why it aggravates me when people assume that feminist art is only for women, because I learned about art by studying the male Impressionists at the AIC. If I could learn from men’s work, why can’t men learn from women’s work?” So, where is that finger-painting that launched Chicago’s career? It found a fitting home with Elizabeth Sackler, who founded the feminist art centre at the Brooklyn Museum, New York.

I think I like art because I don’t really understand science. A visitor at the fair’s VIP preview 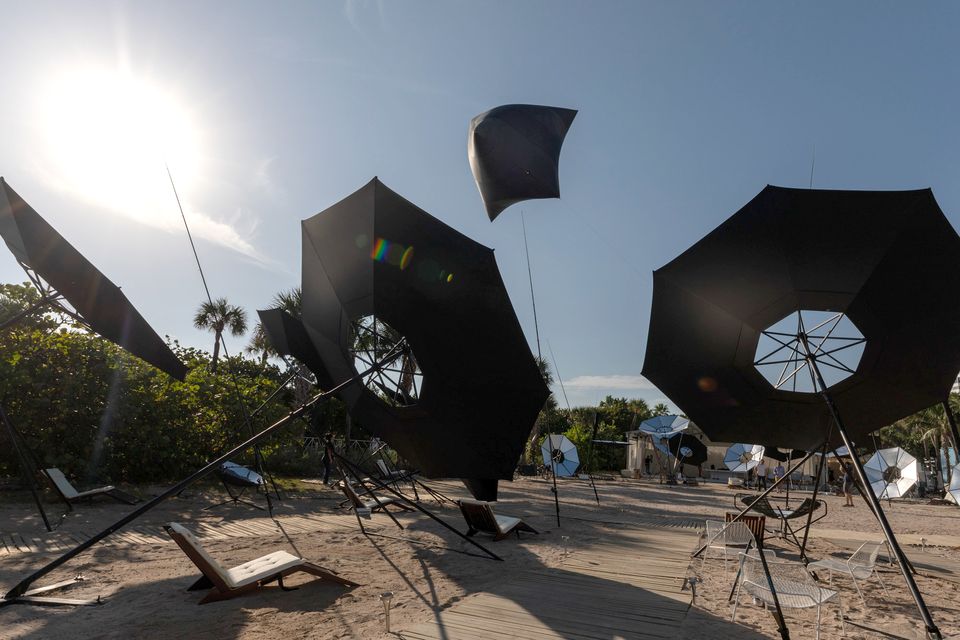 The Argentine artist Tomás Saraceno is wowing the crowds in Miami this week with his scientific work of art powered by the Florida sunshine. His Albedo project—comprising a cluster of upturned umbrellas on the Miami Beach seafront—is stopping joggers and dog-walkers in their tracks. The project, sponsored by Audemars Piguet, harnesses the sun’s energy, sending the kite-like Aerocene Explorer sculpture floating into the dazzling Florida sky (although if it’s overcast, the object cannot take off). Saraceno’s ad-hoc solar panel is also feeding local residents. “We’re cooking food provided by eco-farmers from the region,” the artist says. “We’ve been cooking peppers and tamales, and handing them out to homeless people. I want to cook food in my studio [using Albedo], but it might be a bit harder in cloudy Berlin.”

The less time you spend at the fair, the higher your power rating, and the dealer Larry Gagosian scored highly indeed when he flew into Miami on Tuesday for four hours, checked out his stand, ate stone crabs and flew out again without anyone realising he’d been here. Equally elegant is to be a dealer and not bother with an actual stand. Thus Gordon VeneKlasen discovered that even though he and fellow dealer Michael Werner did not have a stand this year, everyone was just as appreciative. “I’ve had numerous people, including regular clients, come up to me and say, ‘We loved the stand this year’ or say that they’re just about to go and see it. It’s turned out to be the cheapest fair we’ve ever been at.”