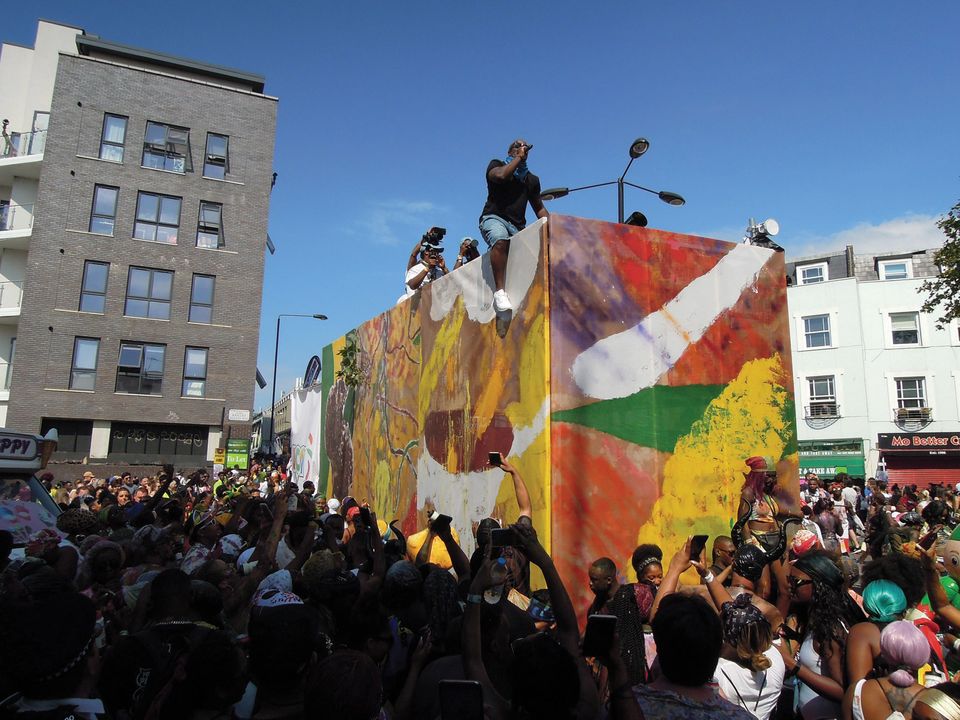 Both Oscar Murillo and Alvaro Barrington are proof that even major art market players can still keep it real. Colombian-born Murillo is known for working with his immigrant family and communities that have nothing to do with art, and in the weeks leading up to his current exhibition at Carlos/ Ishikawa, he installed a working kitchen in the East End gallery and lent it out as a social space. Over the past month, it has been used for activities including children’s parties, meetings of a Spanish-speaking feminist group and his aunt’s catering business.

“I wanted to eradicate any veneer of gallery space. People assumed it was a community hall, like those that exist with social housing,” he says. A Colombian dinner cooked for the art crowd by Aunt Chenene marked its transition back into a gallery, and the now-defunct kitchen remains at the centre of the show, surrounded by his artworks to allow for “friction to exist between realities”. Another reminder of Murillo’s view that “human capital is material” was his radical scheduling of the opening to run from 5am to 7am, an early rise for bleary art worlders but familiar to many others, including Murillo himself, who got up every day at 4am while working as a cleaner to pay his way through the Royal College of Art. “The art world is unable to engage with notions of difference, particularly within the context of race and identity,” he says. “It’s very good at representations of difference but doesn’t engage structurally or sincerely.”

These concerns are shared by Alvaro Barrington, another rising star determined to reach audiences beyond the art world. “I don’t only want to talk about my blackness to a predominantly white crowd,” says the artist. To this end he recently organised a packed-out One Famalay concert at the Troxy music venue in east London, flying in big-league soca stars Skinny Fabulous, Machel Montano, Mr Killa, Bunji Garlin and Fay-Ann Lyons. The musicians took to the streets, performing at the Notting Hill Carnival on a Barrington-and-Sadie-Coles-sponsored float covered by his paintings, much to the joy of soca-loving revellers.

This one-man dynamo—who was born in Caracas, Venezuela, grew up in the Caribbean and Brooklyn and graduated with a Slade MA in 2017—has also been mixing things up across the London art world. Back in the summer, while he was filling up Thaddaeus Ropac’s Mayfair Gallery with a blue-chip array for Artists I Steal From, he was also rolling out a programme of musicians, choreographers and performers, many of whom he’d known since junior high school, at Emalin Gallery in Bethnal Green. The live acts were a prelude to his current show of paintings at Emalin, shared with his friend the Brooklyn artist Teresa Farrell. The duo opened with Brooklyn bands and a free jerk chicken truck on the same night that the indefatigable Barrington also unveiled his solo exhibition of paintings at Sadie Coles’s West End gallery. These vivid works are based on the early years of Marcus Garvey and his time in London, intertwined with Barrington’s own personal history. “Art is always who we are. It’s about community,” he says. Thanks to both Barrington and Murillo, the community just got a bit wider.