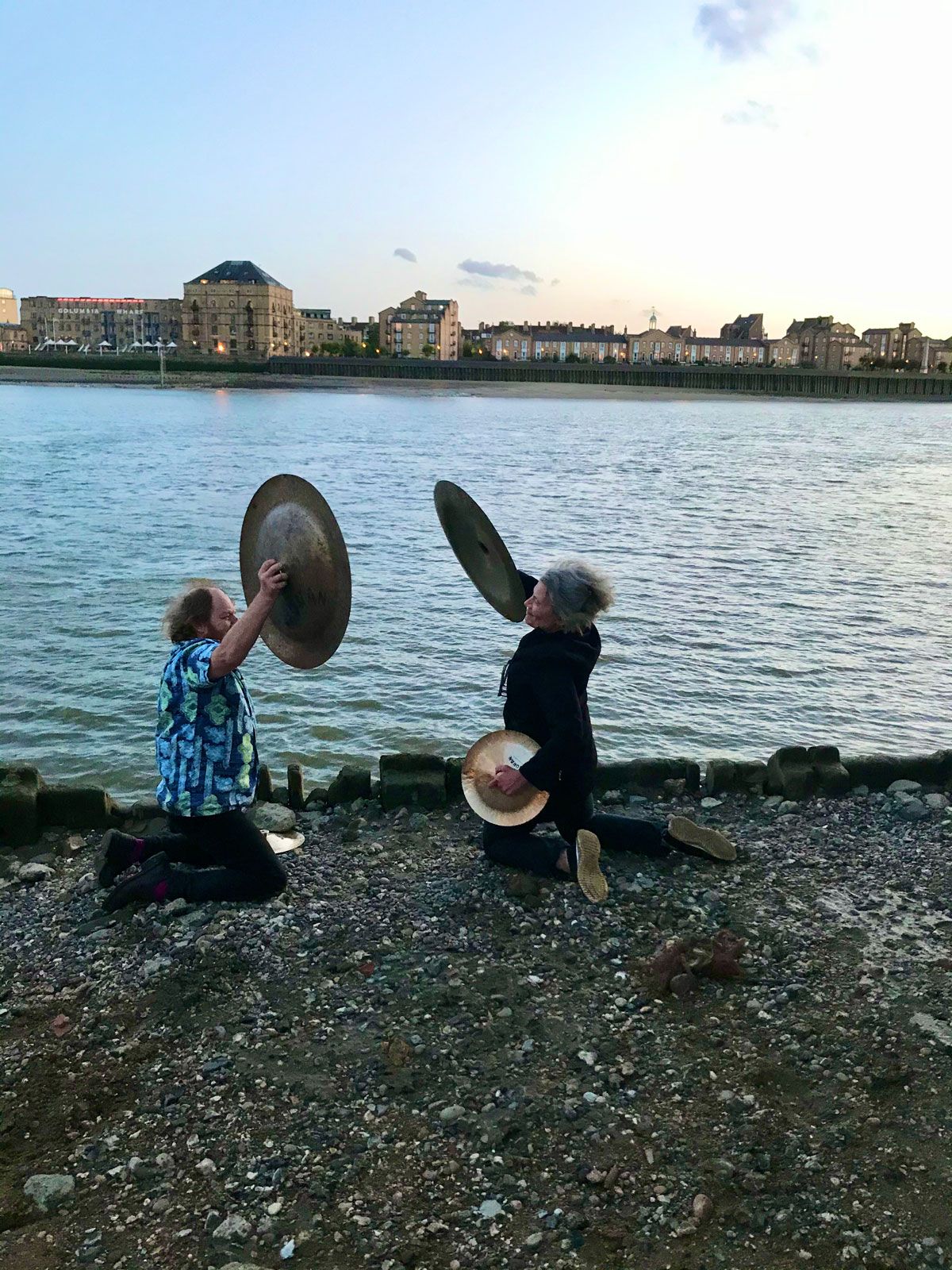 Long before its current notoriety as the source of the coronavirus pandemic, the Chinese city of Wuhan has been renowned for producing the finest gongs and symbols used by musicians worldwide. There was a welcome reminder of these happier associations on the foreshore of the River Thames last night when the British artists Richard Wilson and Anne Bean deliberately used their wide range of Wuhan metal ware of all sizes to salute both the full moon and the low tide—and also to offer a cathartic antidote to all the strictures that surround us.

Banging Wuhan gongs and clashing Wuhan symbols, the pair enthusiastically revisited their roots when, as members of the radical Bow Gamelan ensemble in the 1980s, they created literally explosive performances using scrap metal, engines and pyrotechnics, as well as these more conventional Chinese percussion instruments. Richard Wilson may now be a venerable Royal Academician but was more than happy to get down and dirty, crawling on hands and knees and hitting cymbals on stones while making his way to the water’s edge, alongside Bean. 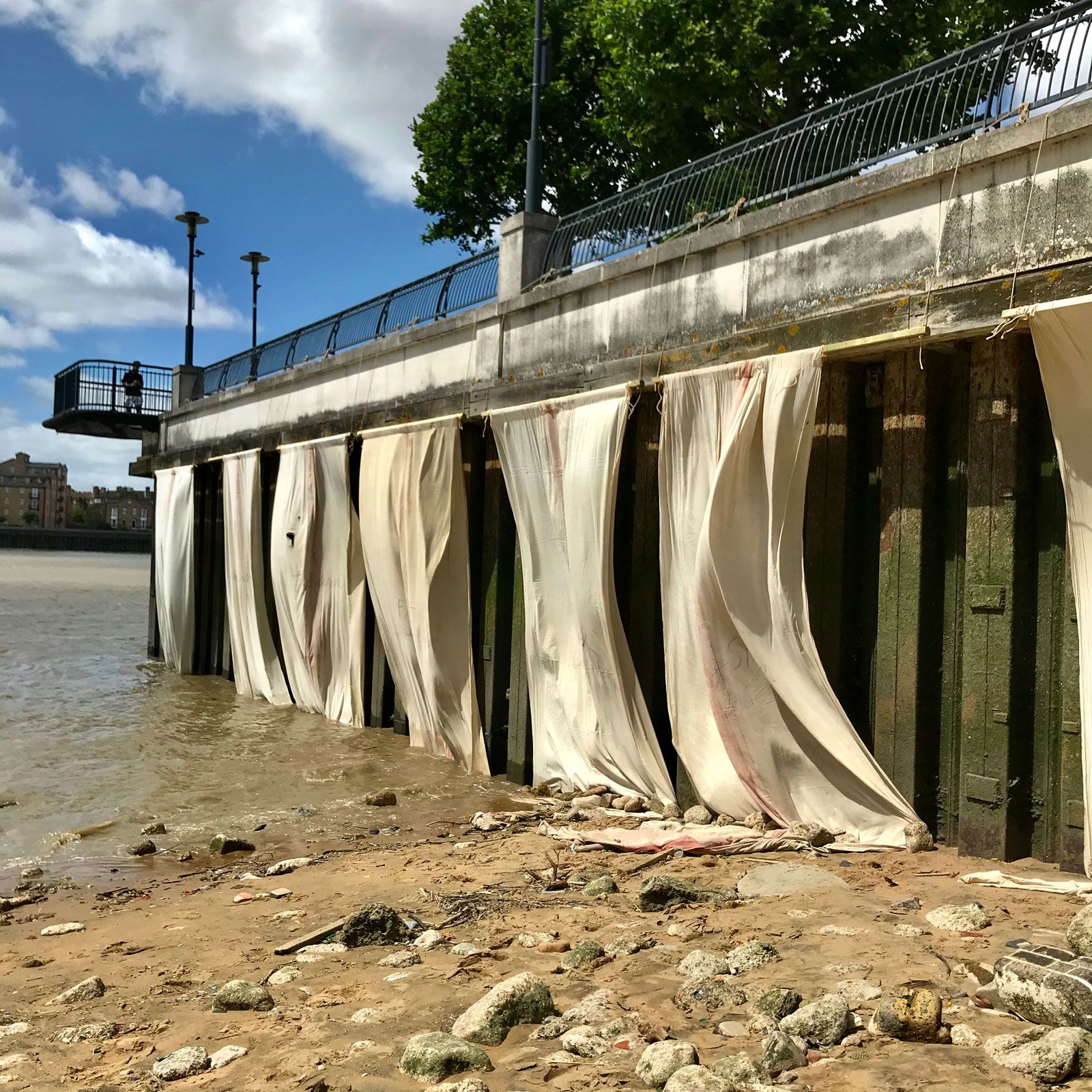 However, this time the only fire involved was in the trays full of flaming sambuca offered rather lethally as the evening’s final incendiary toast to reclaiming the Wuhan name. (But it was still dispensed with greater social distancing than that shown by many other drinkers on the weekend when England’s lockdown loosened and pubs and restaurants reopened for business.)

Providing a backdrop to these shoreside antics and forming the other strand of Bean’s monthly Come Hell or High Water programme on this scrap of Thames foreshore were 14 giant calico cloths, suspended from the embankment walls down to the beach below. Back in summer 1992, these 40ft banners were installed by the artist Mary Lemley at low tide at the point where 14 forgotten London rivers feed into the Thames, from the Beverley Brook in Putney to the Ravensbourne in Deptford Creek. They were then removed at the next low tide, sometimes caked with mud, sometimes crusted with debris or—in the case of the cloth submerged in Earl’s Sluice at Rotherhithe—shrimps. 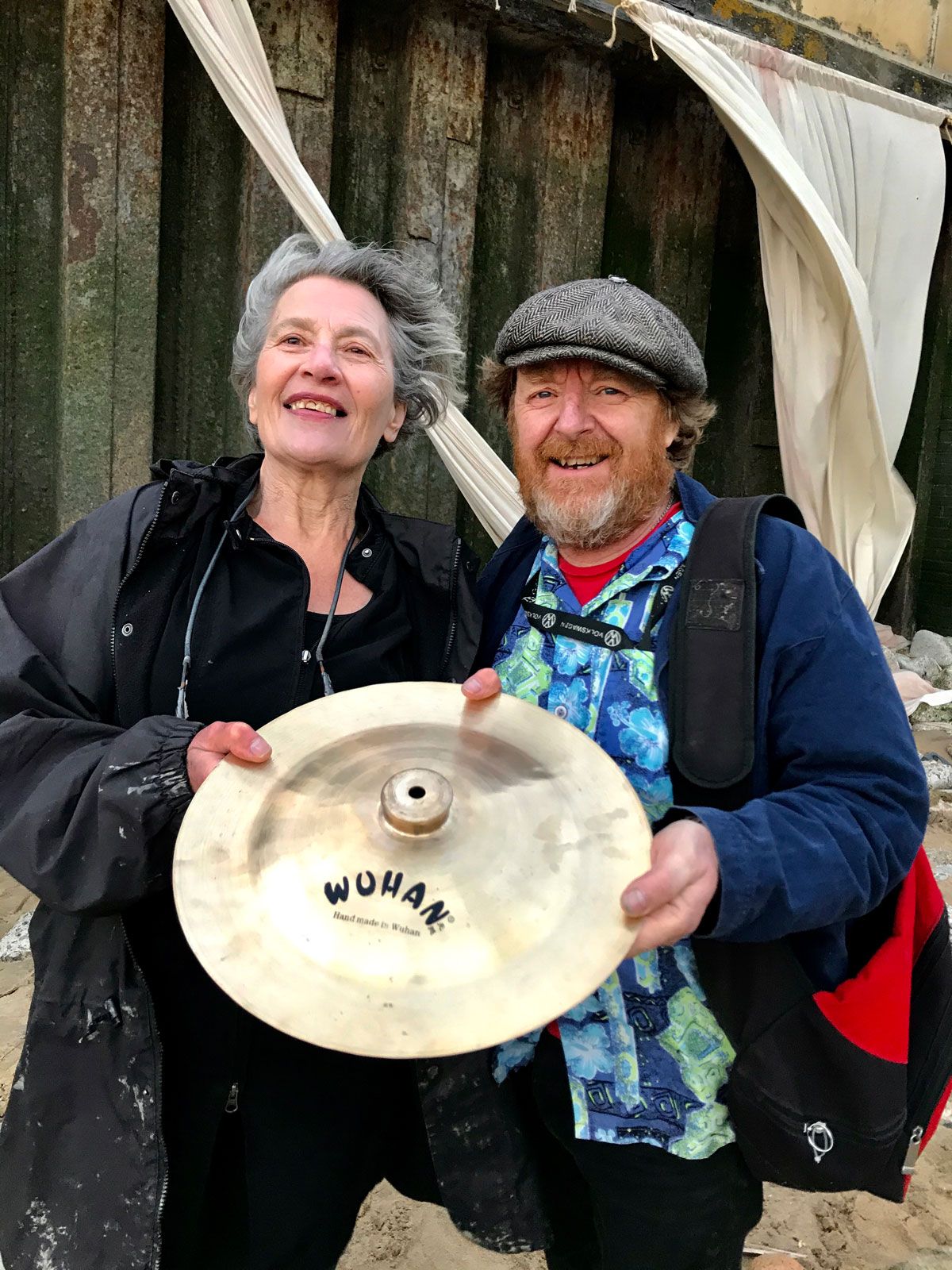 Red ochre stitched by Lemley into a pocket running down their centre also bled out across their surfaces in varying degrees. Twenty-eight years later, still bearing the various marks of the Thames, these bolts of cotton were all reunited on either side of this patch of beach and given another ritual dousing in the river’s daily tidal cycle.

By the evening low tide, washed clean, skewed by the currents and stirred by a keen breeze, they seemed almost to be dancing to Wilson and Bean’s rhythmic metallic serenade. Their twisted flapping presence also offered a satisfyingly elemental counterpoint to the relentless parade of shiny generic housing and office developments that have sprung up all along the Thames since their last soaking. Overall, the existence of Come Hell or High Water on this small patch of foreshore where unexpected happenings have managed to take place every month since last December and where they will hopefully endure until next, offers welcome reassurance that risky, unpredictable and defiantly uncommercial creativity can still make its presence felt even in the most adverse circumstances.