Ashley just wants to have fun 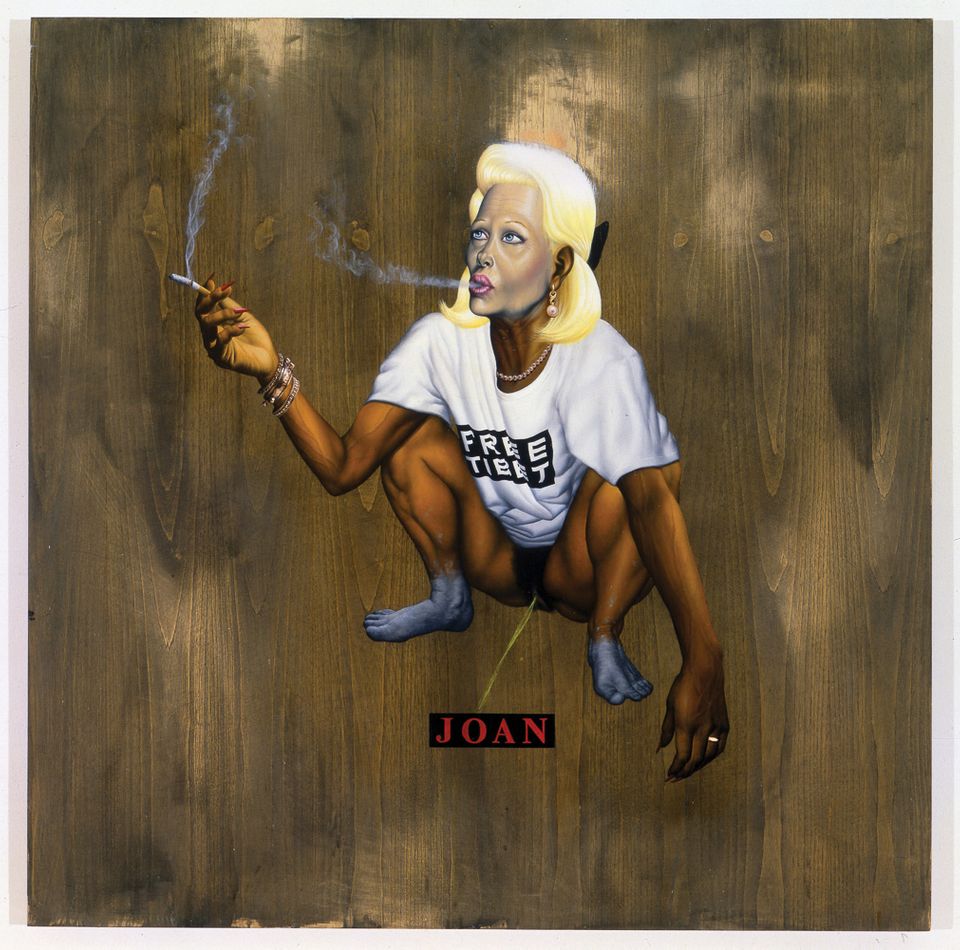 Joan and the Cosmos ( 1996) by Ashley Bickerton Photo: courtesy of the artist and Lehmann Maupin, New York and Hong Kong

“Why do writers get to talk about their three-day love affair in Hydra or their bender in Laos?” complained the Bali-based artist Ashley Bickerton at the opening of his first US survey, at the Flag Art Foundation. It was a confusing sentiment if one looked around at the 40 years of neon colours, naked women and beach scenes that make up the artist’s oeuvre—all suggesting that Bickerton has been having plenty of fun himself. A painting of a young, blue-skinned family strolling the beach in leis and saris is a “family portrait”, he said. It’s not a boring “painting about painting”, he said, even though it happens to contain many of the attributes of great paintings: “sexuality, colour, exoticism, escape, romance”. Meanwhile, a 1996 portrait of a blond woman smoking and peeing on the floor “was not a model, just a friend squatting in her skivvies”, because that’s the kind of friends Bickerton has, naturally. But not everyone gets to have as much fun: Charles Saatchi bought the painting of the blonde and tried to hang it in his bedroom, but “his wife forbid it”, Bickerton said.