Alternative sales models are springing up on the social media platform 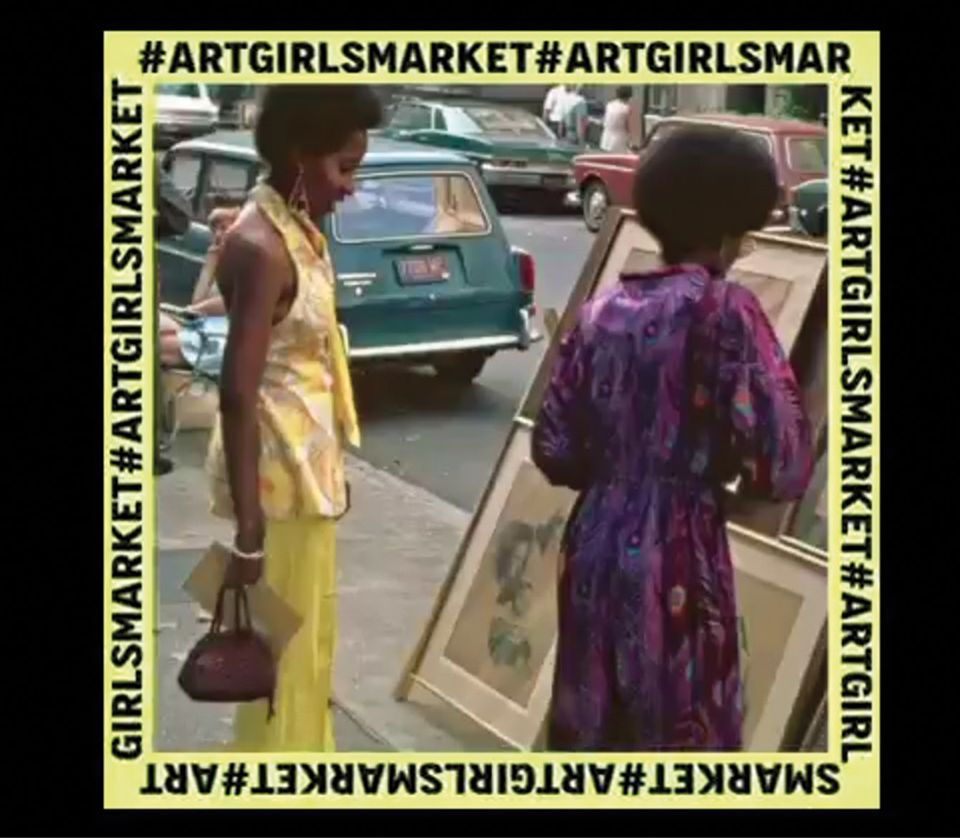 A revelation from last month’s column was that, despite assumptions, people are actually buying art on Instagram—and in growing numbers. So, how are people buying?

Instagram was never designed for sales and its tap-to-buy button was only introduced in 2018. This allows anyone with a business account to create a sales tag on any image. But to buy, you have to press the “View on website” button, which opens up an in-app version of the seller’s website where they can checkout. In August, Instagram rolled out its even simpler “Checkout” feature to the US, allowing users to actually buy directly through the app. The fees are 5% per shipment, or a flat fee of $0.40 for shipments of $8 or less.

You can find some independent artists using these features but certainly not big galleries, who would much rather use Instagram as a tool to find and engage with collectors—and then finalise actual sales through direct messages (DM). This is the case for the Dubai-based Lawrie Shabibi gallery. “Since April we shifted our attitude to Instagram from being effectively a shop window to being a way to directly communicate with people, through stories and through DM,” says the co-founder William Lawrie. "We don’t use the direct sales [buttons] on the app. We’re not really a volume business and it’s more interesting to us to establish an ongoing relationship with new contacts. That’s possible through DM, not sure how it would be through a sales button," he adds.

Lawrie says that works on paper and sculptures by Mohamed Ahmed Ibrahim (a show of whose work opened at the gallery in Dubai in September and can be viewed online here) have been doing particularly well Instagram, with lots of visitors sharing images and tagging the gallery. "Their friends, who may be new to the gallery and to buying art, have been reaching out to us on DM and stories comments," he says.

What is most interesting is the alternative sales models that artists and creative organisations are employing. One example is the #ArtGirlsMarket from TheArtGorgeous, an online platform aimed at empowering women in the art world. They invite their female followers to send in works for sale by email, which the platform then posts on their Instagram stories one Saturday a month. “A contact is included so that interested parties can reach out directly and no commission has to be paid to us,” says Cordelia Noe, TheArtGorgeous’s founder. “For the small to mid-price range it seems a very suitable way [to sell],” she adds. The free service is so oversubscribed that you can now guarantee the inclusion of three works a month as one of the perks of the platform’s membership service, TheArtGorgeous House.

Another slightly odd but seemingly successful sales approach is the Instagram auction. It works by posting an in-feed image of an item, with bidders leaving their offers in the comments. One example is a charity auction back in June for the Charleston Trust. The artist Emily Maude was inspired to organise the auction after seeing the plight of the museum reported in The Art Newspaper. “The shareability, visual format and ease of the platform made it seem the most appropriate fit for the auction,” she says. Maude has since helped several other auctions get up and running on behalf of other organisations.

However, the sale was not without its pitfalls, she adds. "I ran the entire auction singlehandedly from my phone [...] Some of the problems I encountered were: the closing of the auction [with] just one hour to screenshot every single lot and make sure it went to the winning bidder; being blocked from Instagram at the end of the auction as they thought I was a robot; and a few people who didn’t end up paying for the lots they won," Maude says. In the end, 168 works were donated and sold, raising more than £55,000.

An exemplary alternative Instagram sales model is the #ArtistSupportPledge, thought up by Matthew Burrows (who has been recognised with an MBE). This invites artists to post pictures of works for £200 or less. Every time they make £1,000, they then pledge to spend £200 on work by another participating artist. Launched in March, the initiative had generated an estimated £60m by August.

Lawrie points out that Instagram is becoming an increasingly important sales platform for the gallery, given the current situation where physical art fairs are not happening and people either can’t travel to shows or may be less willing to go. "A lot more of us are spending more time in front of screens, and the ease of use, immediacy and ease of navigation through Instagram is in many ways more attractive than other online art platforms," he says.

Experts say that Instagram is urgently developing its shopping capabilities. Until then, artists will continue to innovate.