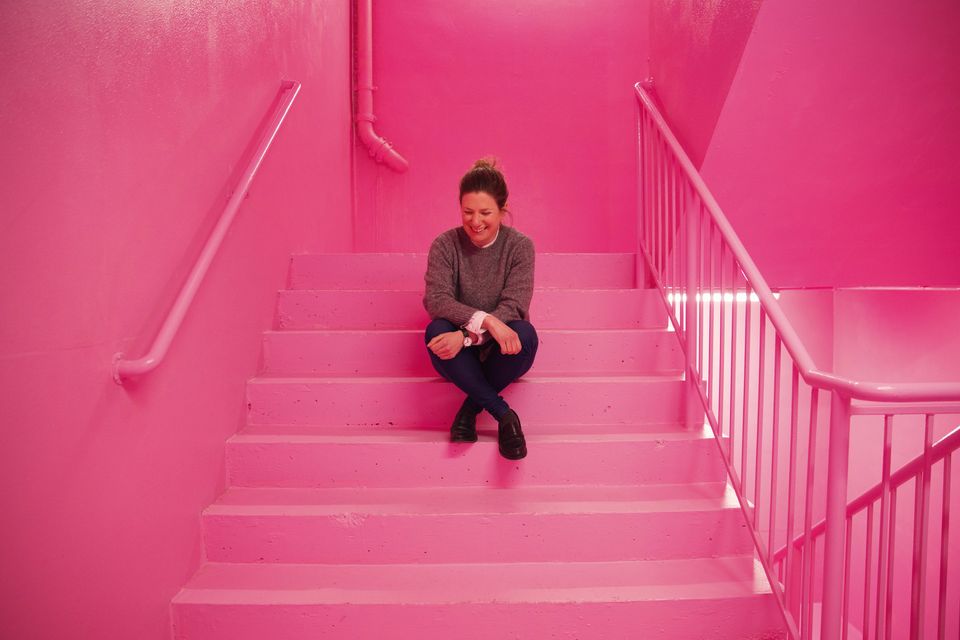 A trio of ominously growling BMWs and a maze of tunnels based on London’s Victorian sewage system were just two of the commissions being unveiled by Bold Tendencies on the roof of Peckham’s multi-storey car park on Tuesday night. Every summer since 2007 the not-for-profit arts organisation Bold Tendencies, founded by Hannah Barry, has attracted high-end art worlders and locals alike to this south London landmark with a programme of public art projects and events that over the last decade have played a major part in putting Peckham on the art map. 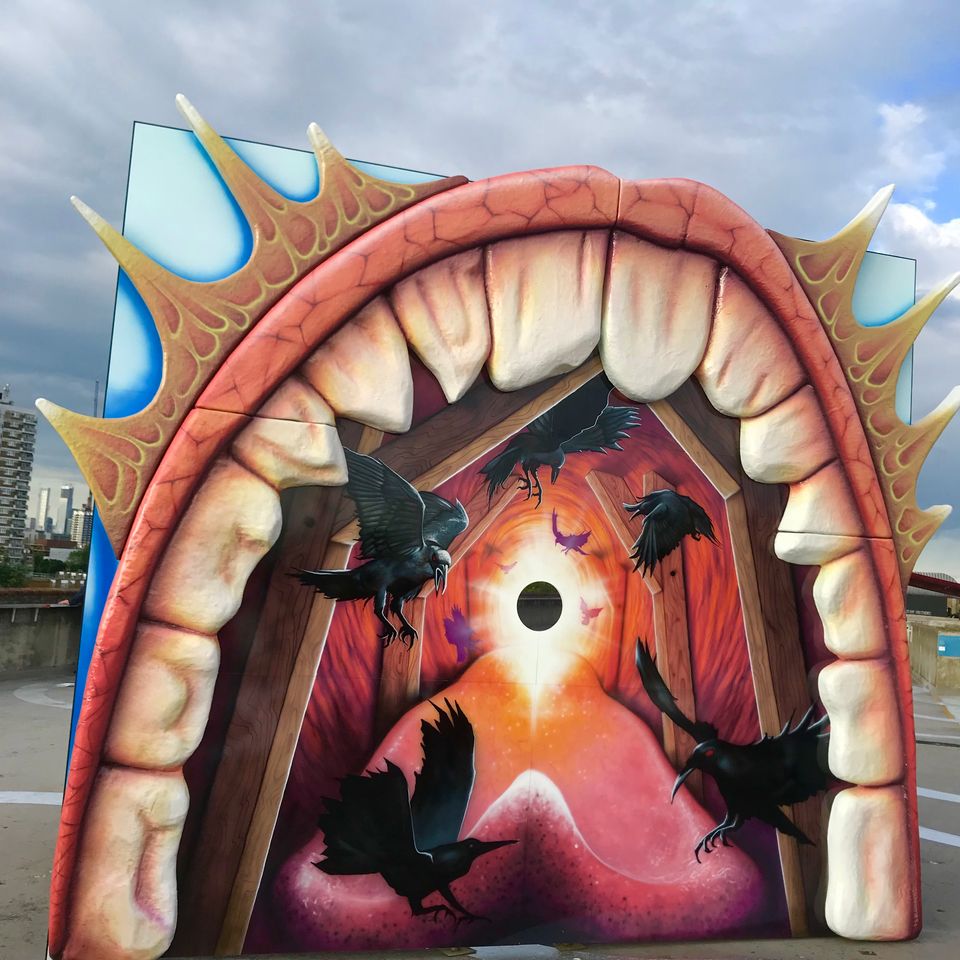 It’s always a challenge for artists to compete with such a panoramic site but this year’s new commissions—which come under the collective theme of ‘fiction’—more than hold their own. The Polish artist Konrad Smolenski’s abandoned black vehicles with their tinted windows, sonic vibrations and absent number plates may originally have referred to the criminal capitalism of the post-Soviet Eastern Bloc, but they also resonate with South London car culture and the nefarious activities that have taken place in and around the car park over the years.

By exposing the 19th century engineer Joseph Bazalgette’s alimentary subterranean channels to plain daylight and by allowing us to explore their murky and often unexpected interiors, the Los Angeles-based Liz Glynn makes a strong sculptural statement which suggests that other elements of our social and political world might benefit from the same scrutiny. Other new arrivals to the Peckham rooftop include a gaping ghoulish fairground-style painted mouth by the London artist Matt Copson that frames a peep-hole window onto the City of London’s Gotham-like skyline. Two walls were also pasted with Jenny Holzer’s Inflammatory Essays, which date back to 1979 but are arguably even more relevant today. There’s also Lawrence Lek’s interactive video game proposing a fin-tech centre in the form of a '£'-shaped skyscraper that would rise up from the Bold Tendencies car park—a fiction that, given London’s recent decimation by property developers, is quite likely to become a truth. 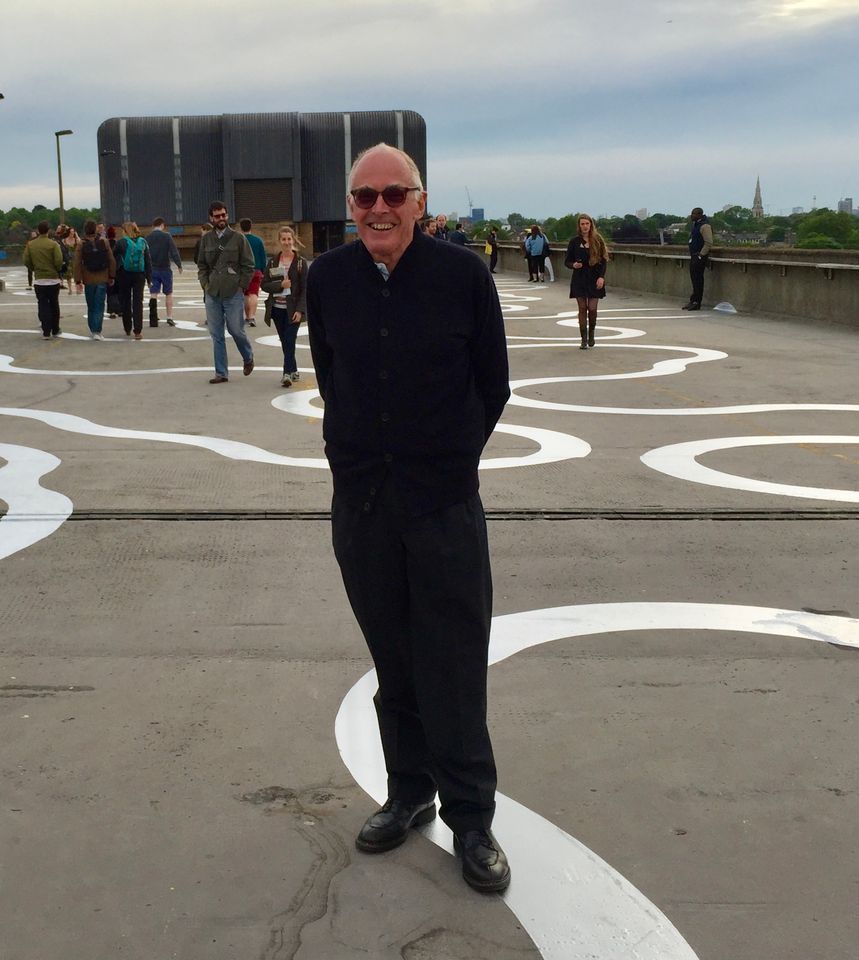 Among the crowd mounting the car park’s bubblegum-pink stairwell (which is itself an artwork by Simon Whybray) to enjoy both the art and the views was the artist Richard Wentworth whose 2015 commission covers the entire rooftop in snaking reflective rails of aluminum paint and is one of the projects to be permanently retained. Also up aloft was Tate director Maria Balshaw, her husband, the Horniman Museum director Nick Merriman, the artist Irvin Pascal and the patrons Catherine Petitgas and Alia Al Senussi. Indeed, Balshaw is such a fan of Bold Tendencies that just a few days before she diverted the prestigious Bizot group of international museum directors from their more conventional central London gallery tour to inspect this 10th storey concrete sculpture park. How appropriate then that Wentworth’s floor painting, which captures and syncopates everything in its silvery curves, should be called Agora, the Greek term for a gathering place and also the origin of the word gregarious.