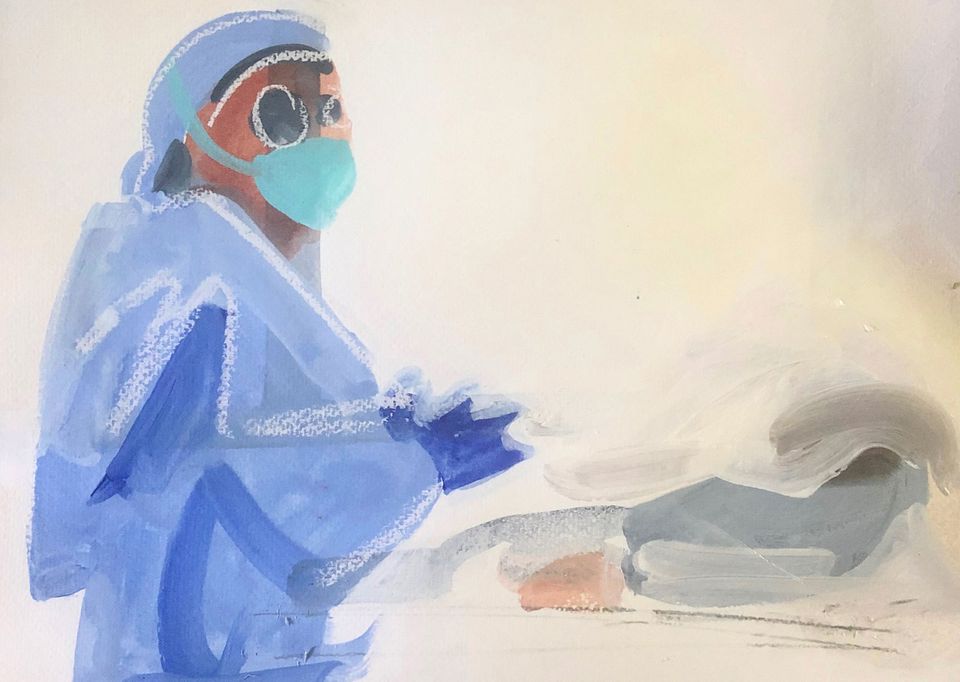 Given the virulent nature of Covid-19 and the dire shortage of PPE (personal protective equipment), there is no place for the artist on the UK’s hospital wards right now. But over the past few weeks, the British artist Susie Hamilton has been producing a series of strikingly immediate images of gowned, visored and masked medics ministering to coronavirus patients.

These acrylics on paper owe their direct origins to front line pictures provided by one of her collectors, Peter Collins, a consultant hepatologist and deputy director at the University Hospitals Bristol and Weston. “Peter offered to send me photographs that he’d taken which he thought would suit my interest in twisted figures, metamorphosis, and in isolation,” says the artist who is known for her fluid, deftly executed paintings that combine direct observation with classical, scientific and art historical imagery. “I’d been making paintings from Ovid and now here is a real-life subject that carries the mystery and terror of Ovid’s ‘Metamorphoses’.” 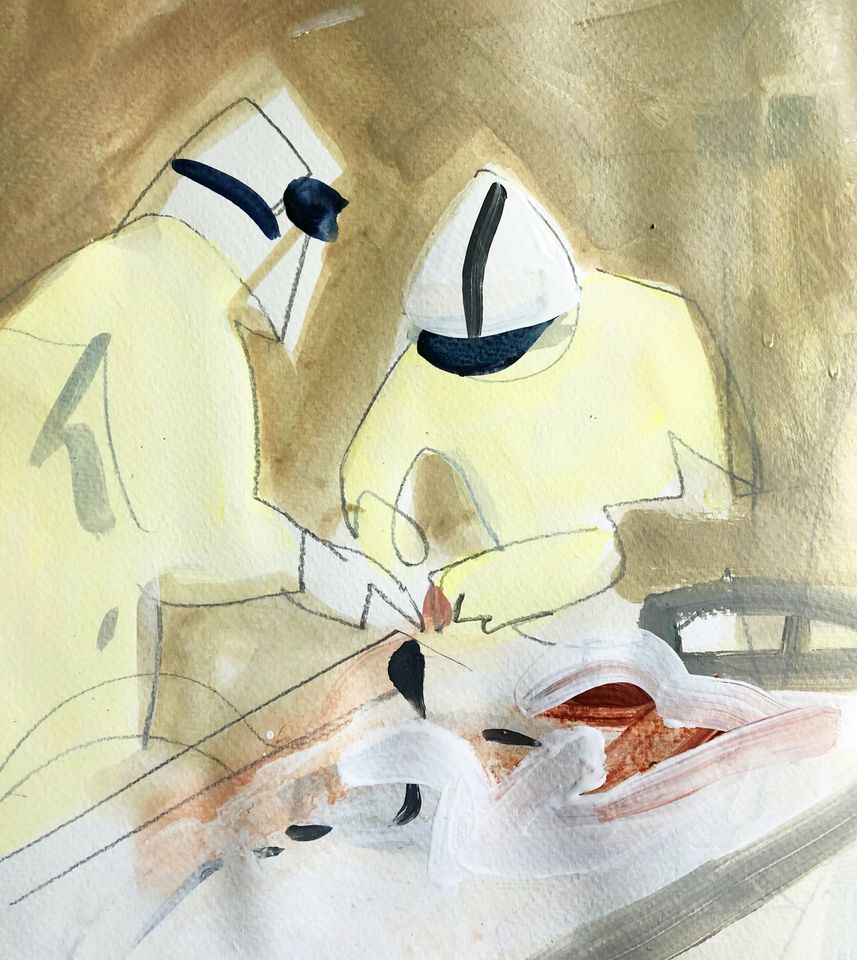 Collins’s photographs provided the starting point and Hamilton now also uses news footage taken from television and online. Yet these small disquieting studies are very much her own. “Like everyone else I am deeply scared by what is happening and I have been since back in January,” she says. Describing what she refers to as “the contrast between the high-tech doctors, and all their equipment, and the mess and dishevelment of the patient in the middle”, Hamilton sometimes takes the patient’s point of view: “I wanted to imagine that I was lying on the bed in a position of helplessness with the doctors looming over me.” 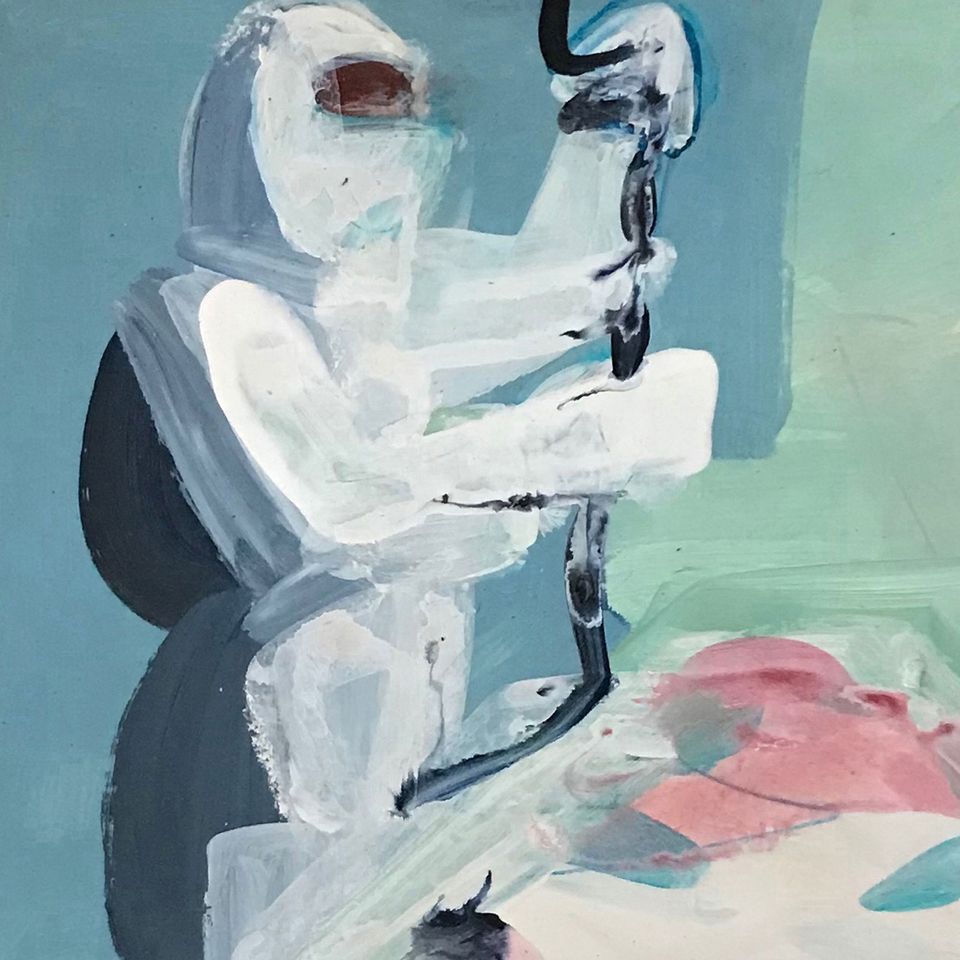 She also frequently taps into art history. One painting of three doctors bending over a patient is apparently based on Guido Reni’s The Adoration of the Shepherds (around 1640) in the National Gallery “where there is light pouring from the centre” and she also talks about how the doctors can appear like angelic beings or slightly predatory and Bosch-like in their helmets”. 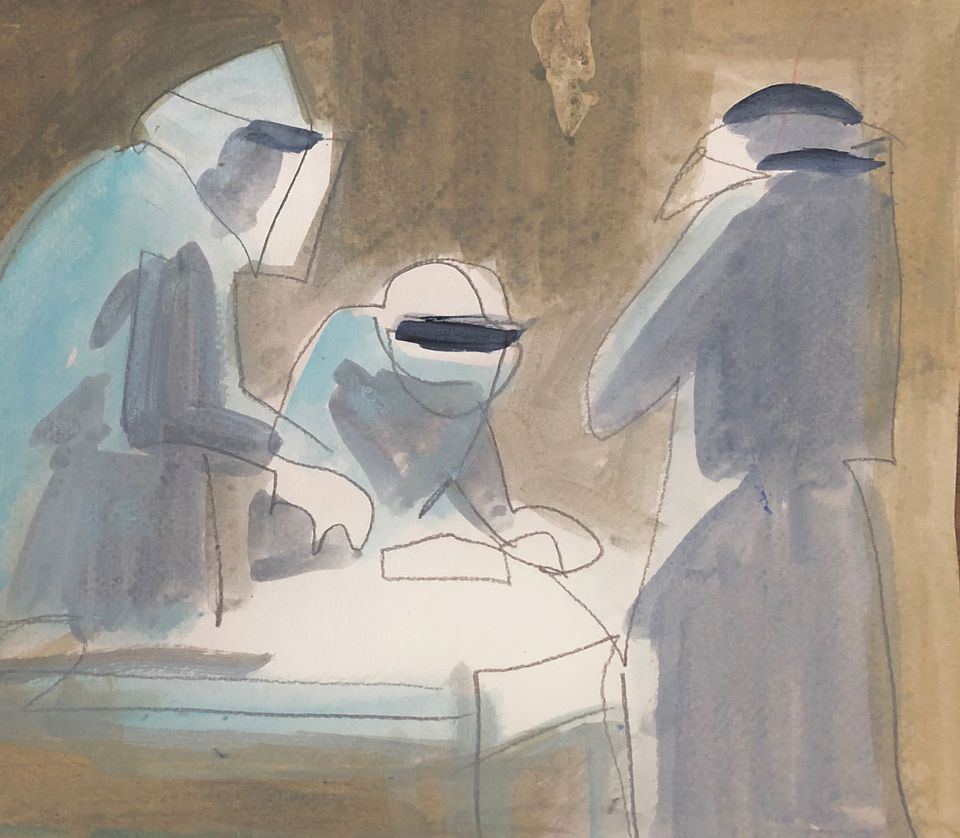 But mention Barbara Hepworth’s Hospital Drawings of late 1940s and Hamilton’s response is dismissive: “I wasn’t really aware of them before—they are a bit worthy and soppy for me.” For now, Susie Hamilton is chronicling the coronavirus crisis in an improvised studio in her kitchen, and like all of us she is looking forward to lockdown being over. “When I’m back in the studio I want to paint some large sickly pale canvases based on these drawings,” she says.