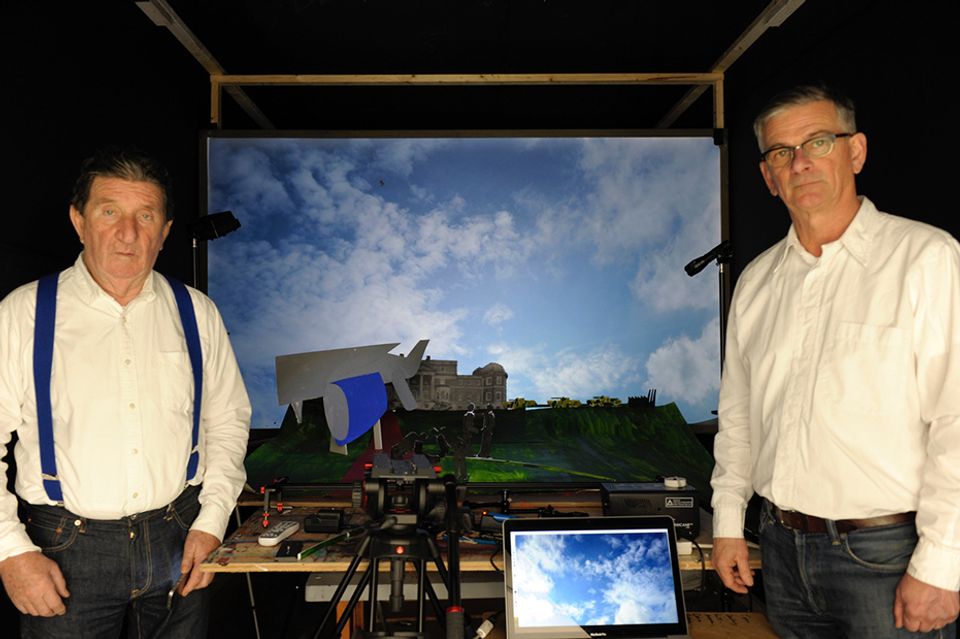 Last night saw the long awaited premiere of The Decorative Potential of Blazing Factories (2019), Bruce McLean’s new film made with director-producer Gary Chitty and commissioned by the Coronet Theatre. More than 30 years in the making, its creators describe this made-on-shoestring blockbuster as "a cardboard motion picture about ambition and the desire for infamy of an artist who wants to create the greatest landscape painting of all time”.

In the 1970s, McLean and Chitty co-founded the wonderfully debunking Nice Style the world’s first Pose Band, and they continue to parody pretensions in their cinematic "cardboard catastrophe”, which takes hefty sideswipes at artistic hubris, stifling bureaucracy and megalomaniac political aspirations. The principal protagonists rendered in cardboard cutouts are a couture-clad heiress artist who burns down her father’s factory to create the perfect red sky and a politician who convenes a great summit between the North and South of the UK. 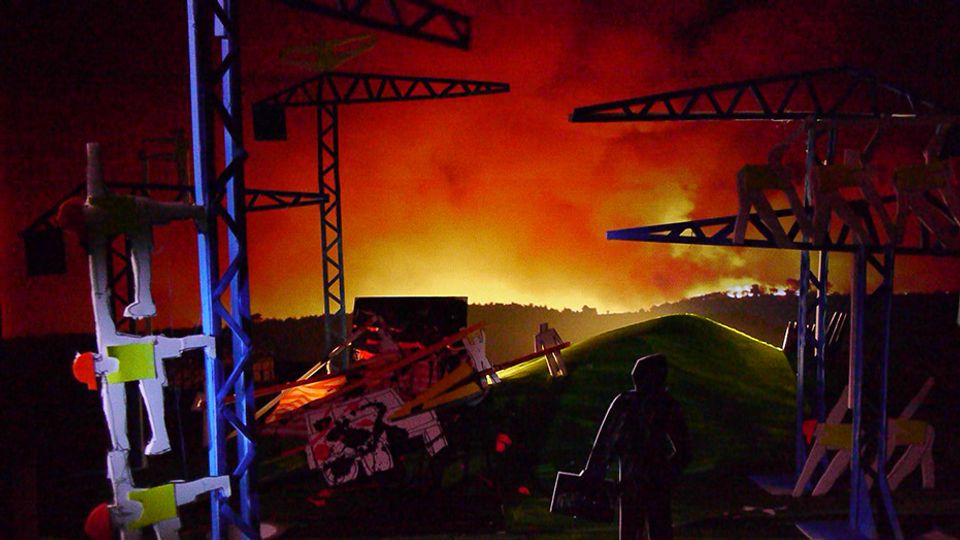 Along the way there are flames, hats, helicopters, breakfast menus, costume changes, health and safety regulations, strangulated art-speak and a moveable iceberg, all set to a soaring operatic soundtrack. Last night there was also the added live element of McLean and Chitty performing with sculptural placards in front of the screen and before an audience which included the artists Antony Gormley, Ron Arad and John Smith.

It’s a bold commission for Anda Winters, the Coronet’s artistic director and CEO who took over this much-loved Notting Hill landmark four years ago and has preserved it as an atmospheric crucible for creativity. At the Coronet there’s also an exhibition of many of the models and designs for Blazing Factories, which date from the late 1980s, but which, like the film, seem utterly fresh and pertinent today. Also on show across town at Bernard Jacobson Gallery in Piccadilly, there is the second part of a fifty-year survey of McLean’s prolific and diverse work in film, painting, ceramics and prints—although he considers himself solely a sculptor. As this most energetic of artists says: “You have to challenge things all the time to keep yourself alive, to keep the spirit going, to keep amusing yourself.” In doing so, he keeps us stimulated and amused as well.