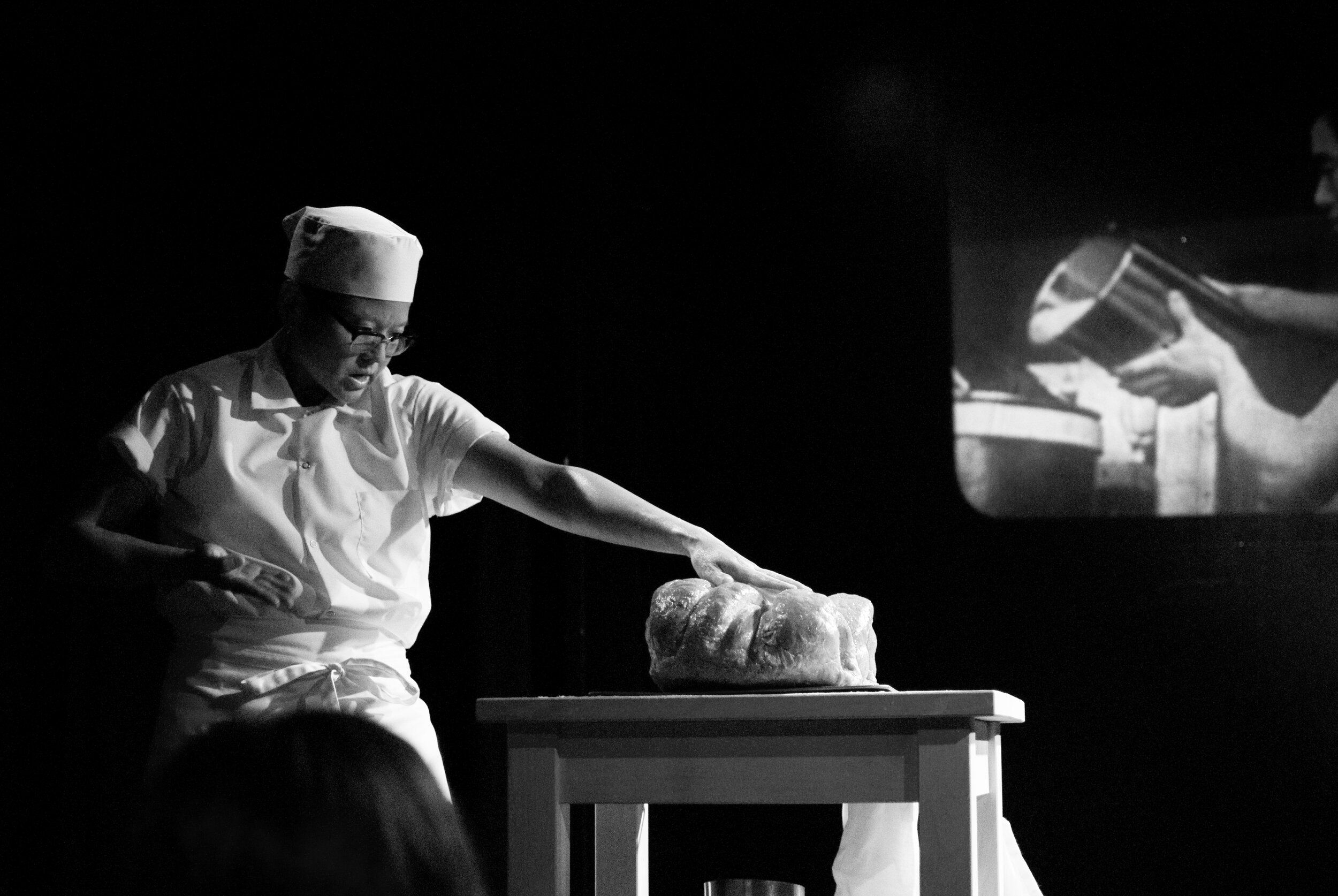 When you hear that a video work explores queerness and Japanese American internment during the Second World War, hilarity is probably not the first word that comes to mind. But Tina Takemoto’s Looking for Jiro Onuma (2011), currently on view at the Asian Art Museum in San Francisco in the show After Hope: Videos of Resistance (through 2021), is a laugh-out-loud funny fantasy about this real-life figure, a gay Japanese immigrant who worked in the mess hall of the camp where he was imprisoned.

Takemoto, who calls the black-and-white work a “music video”, portrays Jiro in a hammy drag king performance to Abba’s “Gimme Gimme Gimme (A Man After Midnight)” and Madonna’s “Hung Up”, the women’s voices slowed to sound masculine. A broom becomes a lip sync microphone and dance partner, while breadmaking references sexual activity (complete with Crisco). Takemoto has cut these over-the-top shots with archival footage from internment camps and flexing muscle men (of whom Jiro was supposedly a fan). The video reminds us that “resistance” comes in many forms. As the gay icon Oscar Wilde would say, “Seriousness is the only refuge of the shallow.”