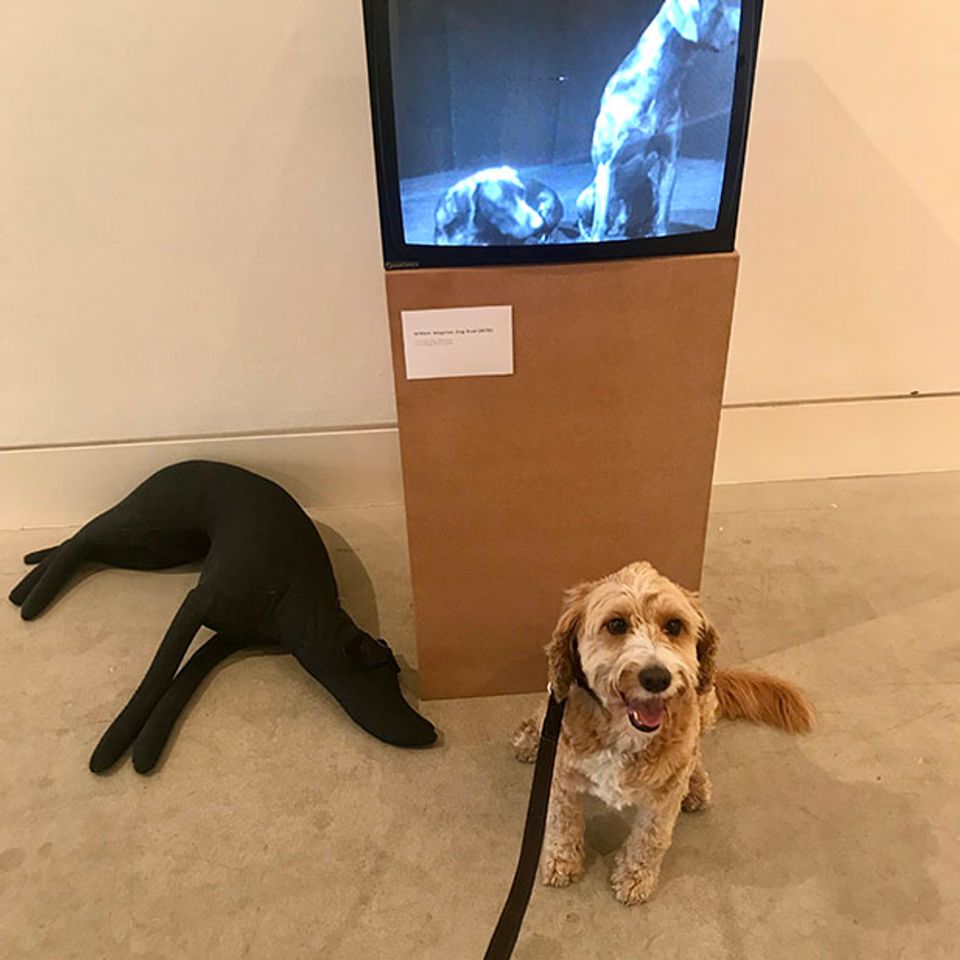 The arrival of summer is accompanied by a more relaxed attitude to exhibition programming. Case in point is Southwark Park Galleries, who are celebrating their 35th anniversary with a show about dogs which has also been chosen by the hounds themselves. In what is believed to be the first exhibition of its kind, cultured pooches have been recruited from throughout the art world and from both sides of the Atlantic to select their top dog-related artworks—with a little help from their human companions.

Some of these canine curators were supervising Sunday’s packed and cacophonous dog-filled opening, including Samson, your correspondent’s Cockapoo, who seemed satisfied with the installation of two videos by William Wegman, Dog Duet (1975) and The Spelling Lesson (1977). Another was Ruby, the Border collie cross belonging to Jude Carlton, the director of Southwark Park Galleries, who had chosen Martin Creed’s giant photo work and video featuring the large Wolfhound Orson and the little Chihuahua Sparky, as well as pieces by Adam Chodzko, Heather Phillipson and Tom Woolner.

Other notable selections were Lucian Freud’s portrait of his Whippet Pluto chosen by Tess, the Border terrier of the dealer Karsten Schubert; David Shrigley’s doggy film picked out by Labradoodle Spencer with a little help from Whitechapel Curator Habda Rashid and a series of Joan Jonas dog drawings from Bedlington Whippet Agnes, who lives with the curator Joyce Cronin. Olive, the Shih-Tzu Poodle cross belonging to the director of the New York non-profit space White Columns Matthew Higgs and the artist Ann Collier in New York, is already an Instagram star in her own right and is here represented in six chosen portraits by Babak Ganjel as well as a series of recumbent fabric sculpture dogs by Ryan Brown. Olive also made the magnanimous choice of Bon Appetit, Rob Pruitt’s 2018 series of signed dog bowls, which were filled with water and enthusiastically used by the multitude of four-legged friends throughout the opening. In terms of audience participation these were undoubtedly the most popular works of what promises to be a hugely popular show. Woof woof!

• Dog Show is at Southwark Park Galleries until 8 September