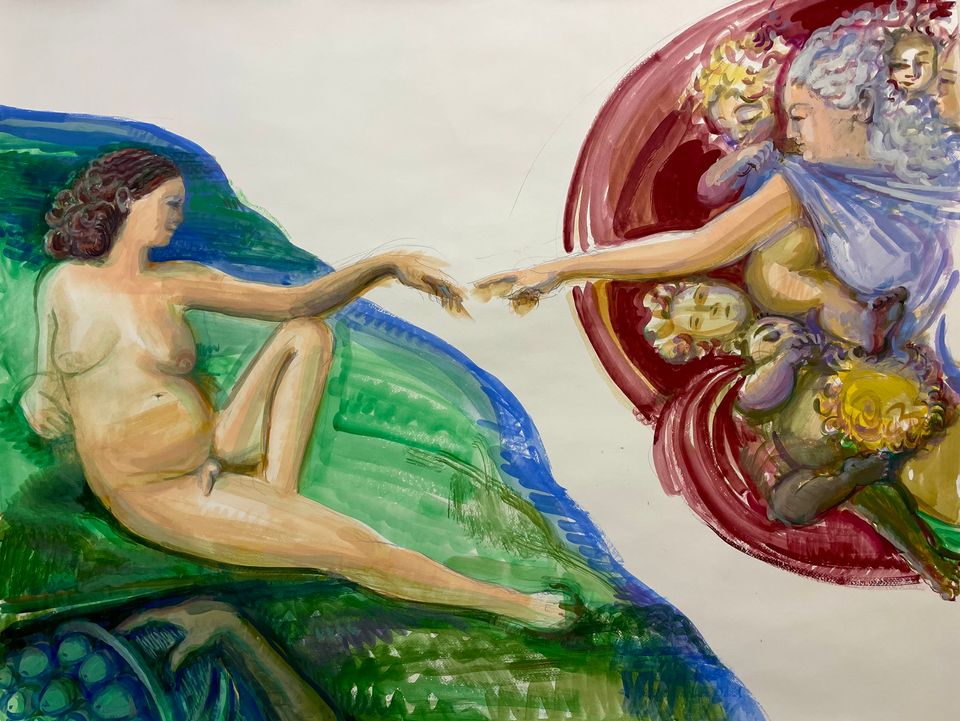 Tirtzah Bassel, I Was Born This Way (2020) Courtesy of the artist

What might the Dutch painter Jan van Eyck have painted if Mrs Arnolfini—and not Giovanni, her husband—was in charge of the household art commissions? Would the moment she wanted to have immortalised in pigment be her wedding, or something else? The New York-based artist Tirtzah Bassel is reimagining art history this way in an ongoing painting series she calls Canon in Drag. In an almost-recognisable slideshow of Western art history masterpieces, Bassel revises Old Master artworks through a gender-bending and non-patriarchal perspective.

“Basically the project is, can I borrow the authority of that visual language but use it for a completely different narrative, or set of narratives?” Bassel asks. One genre she says is glaringly missing from the canon is birth imagery. “There are very few depictions of birth—in relation to the fact that this is the most universal experience other than breathing and dying. It’s kind of astonishing.” For that reason, Bassel has suggested in gouache that Madame Arnolfini would have commissioned van Eyck to paint her in labour with her first child, and even fabricated a faux tradition of the subject dating back to ancient Greece. 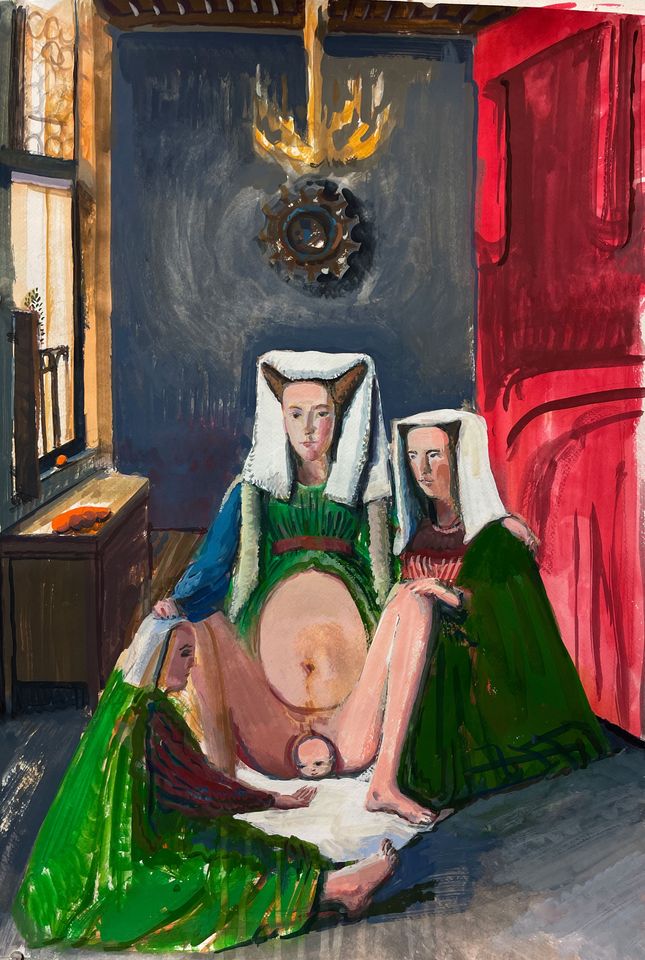 Tirtzah Bassel, The Orgasmic Birth of Mrs. Arnolfini (2020) Courtesy of the artist

In Bassel’s subverted canon, Paul Cézanne’s workingclass Card Players are reimagined as quilters; a gaunt man in Picasso’s signature Blue Period style is shown ironing instead of playing guitar; Gustave Courbet’s Origin of the World retains the female body as the source of humankind but de-sexualises it. “I started to think about it almost as a utopian project,” Bassel says. “What would it look like if the whole canon functioned in this imaginary world outside the patriarchy?”