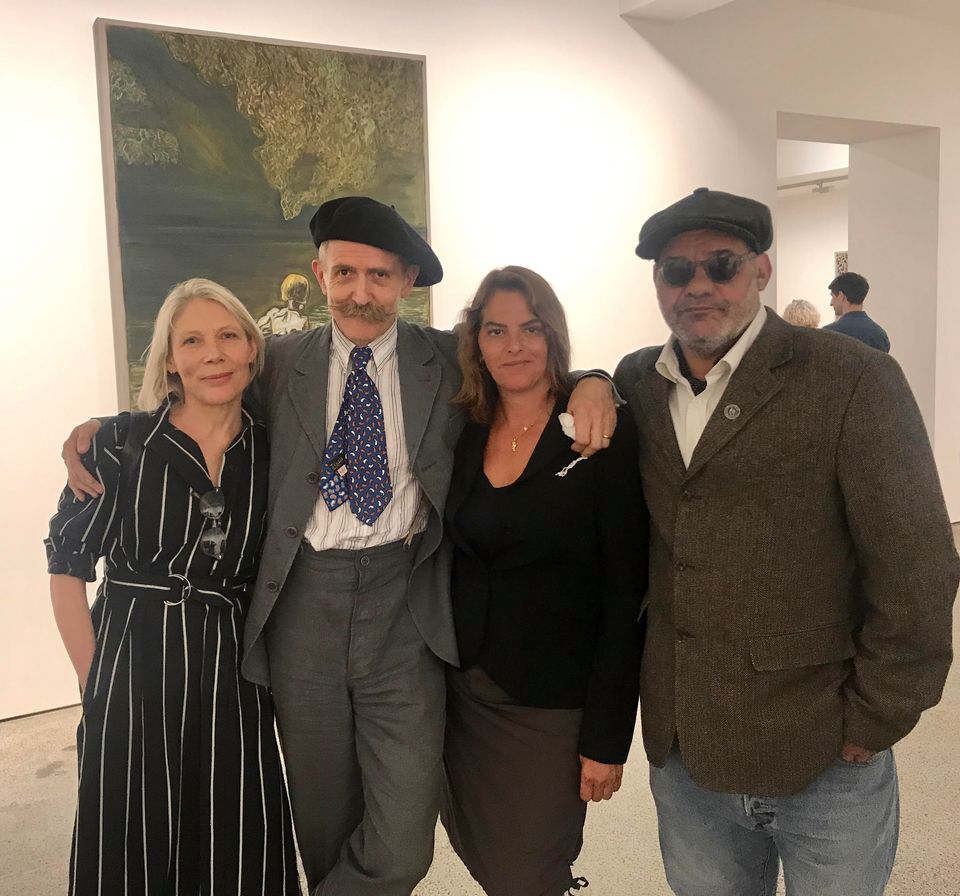 The sun shone and London merged merrily with the seaside town of Margate on the May bank holiday Saturday as Carl Freedman celebrated the relocation of his gallery from Shoreditch to 10,000 sq. ft of the old Thanet Press building in the town's centre. Inaugurating the three capacious ground-floor gallery spaces are the expressive figurative paintings of the Kent-based artist Billy Childish who was born in nearby Chatham and has been represented by Freedman for the last five years. “Billy made immediate sense because he’s a local artist and has always been based by the water,” says Freedman. “He paints estuaries and he paints the sea and also works comfortably on a large scale so it was the perfect way to show off the gallery and his paintings at the same time.”

Freedman’s commitment to his new premises is both professional and personal. He’s sold his London house, moved his family to Margate and what was originally intended to be a project space is now his full-blown headquarters. In addition to the galleries below, the upper-floor is devoted to an extensive, fully equipped print studio for his print edition business Counter Editions—which during the opening was being used to run off special Billy Childish tote bags. There’s also an artist’s apartment and future plans to build an eco-friendly sustainable Freedman family home on the building’s flat roof. “It all came together as one idea,” says this new 'man of Kent'. “My partner is from Australia and grew up by the seaside and we thought rather than trying to divide our time between Margate and London, let’s go all-in for Margate. It’s about slowing things down and having more time to connect to people and build a community rather than racing around the world chasing the next art fair.”

Carl Freedman next to gerbera in cat pot (2017) © Carmen Haid

While he certainly won’t be relinquishing the international fair circuit, there was community feeling in abundance at the opening party for Freedman’s Margate HQ. Both Childish and Freedman were surrounded by their partners and children who mixed in with former Counter Edition collaborators such as Fiona Banner, Rebecca Warren and Rachel Whiteread as well as Margate-based painters Boo Saville and Sophie Von Hellermann. Other visitors included Tate curators Andrew Wilson and Clarrie Wallis and collector Anita Zabludowicz. Local allegiances were further underlined by copious catering from Margate restaurant BottegaCaruso and lubrication provided by Nyetimber wine. Even the Haeckels products in the washrooms are made from Margate seaweed.

Another local luminary very much in evidence was Tracey Emin who as well as being Margate’s most famous daughter is also a former girlfriend of both Billy Childish and Freedman. It was Emin who first introduced Freedman to her home town in the 90s and now things have now come full circle with Emin about to become Freedman’s direct neighbour. Having been persuaded by him to buy an adjacent chunk of the Thanet Press site, she is now currently in the process of converting the space into painting and sculpture studios as well as a substantial home for herself. Alongside this, the collector and footwear designer Nick Kirkwood is also set to occupy another part of the old print works complex, Art School East is just around the corner and Turner Contemporary continues to pull in the crowds on the harbour. Without doubt, a fully fledged art hub is rapidly taking form. It’s all come a long way since TS Eliot wrote in The Wasteland (1922), “on Margate Sands I can connect nothing with nothing”. In today’s Margate there are creative connections aplenty.