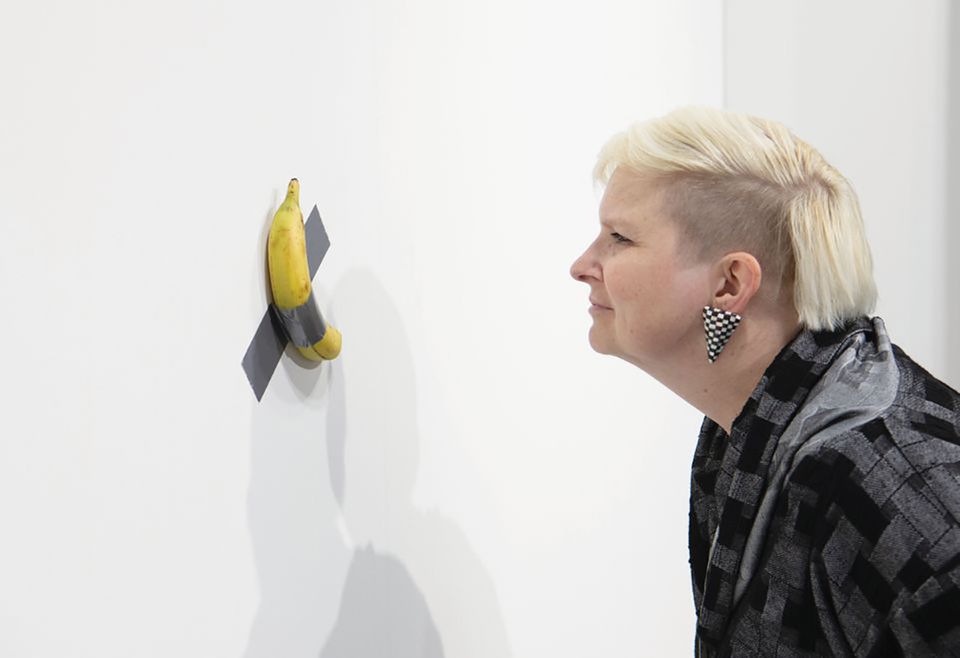 The Solomon R. Guggenheim Museum has gratefully accepted the gift of Comedian, the banana art conceived by Maurizio Cattelan that was taped to the wall at the booth of the gallery Perrotin at the Art Basel Miami Beach fair last December.

The donor was anonymous, and the work gifted consists of a certificate of authenticity and a long list of instructions with diagrams on how it should be installed or displayed, the Guggenheim says. The donation does not include the original banana itself or the duct tape that was used to attach it to the wall of the Perrotin booth. It was the first new piece that Cattelan had offered at a fair in more than 15 years.

The Guggenheim does not say when it might display it. Replacement bananas will presumably have to be recycled if the work goes on view.

"Maurizio Cattelan's work has been important to the recent history of the Guggenheim,” the New York museum’s director, Richard Armstrong, says, adding, “We are grateful recipients of the gift of ‘Comedian’,  a further demonstration of the artist's deft connection to the history of modern art. Beyond which,” he winked, “it offers little stress to our storage.”

The work, billed as a sculpture, caused a tumult at the Miami fair: it was sold three times at prices ranging from $120,000 to $150,000. Ultimately the banana was removed from the booth because of the gargantuan attention it was getting from crowds.

about 9 hours ago
'Boris u r a poo!': nation's children submit letters to prime minister for exhibition at London's Foundling Museum