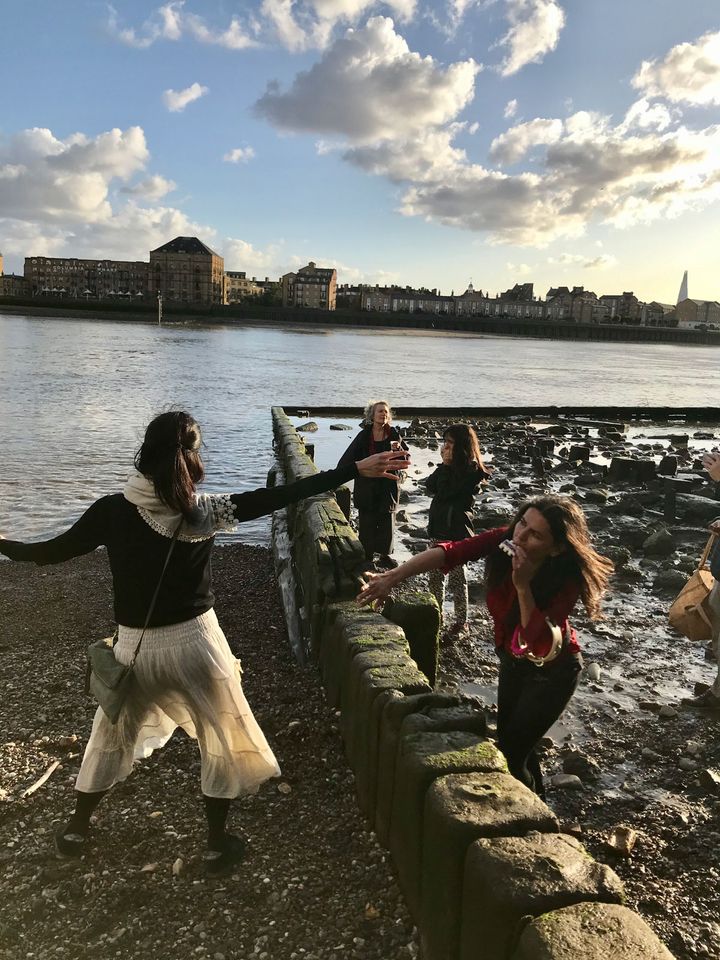 Hidden down below the shiny new developments and towering high rises of London’s Canary Wharf business district, is a small patch of River Thames foreshore that can only be reached at low tide. Since the end of last year, this muddy, pebbly beach at Limehouse Reach has been the site of some remarkable monthly events that stand as testament to a communal creative spirit even at the height of a pandemic. Come Hell or High Water launched on 21 December last year as a yearlong collective action instigated by the veteran performance artist Anne Bean, along with a band of kindred spirits, including the artist Hayley Newman and the artist-choreographer Harriet Latham (granddaughter of British conceptual art pioneer John Latham). According to Bean, the initial idea was to create a “pocket of resistance” by activating this overlooked space that appears on no map and enjoys a limbo status “between water and land, private and public, wealth and poverty, past and present and an unknowable future”.

The fact that that Bean’s “pocket of resistance” also lies outside the jurisdiction of Canary Wharf and the Port of London authority was put to the test back at the winter solstice launch in December when neither the river police nor private security guards could intervene to prevent an inaugural performance involving three body-painted Neo Naturists and a yuletide fire inside a metal wheelbarrow.

Since then, other monthly manifestations have included a solidarity walk for the Russian LGBT+ activist Yulia Tsvetkova; rituals to celebrate the Chinese New Year; and the naked septuagenarian artist Bob Parkes braving the full force of Storm Dennis in February as he processed down to the shoreline playing a flute and accompanied by the guttural sounds of the 30-strong (human) Animal Choir. 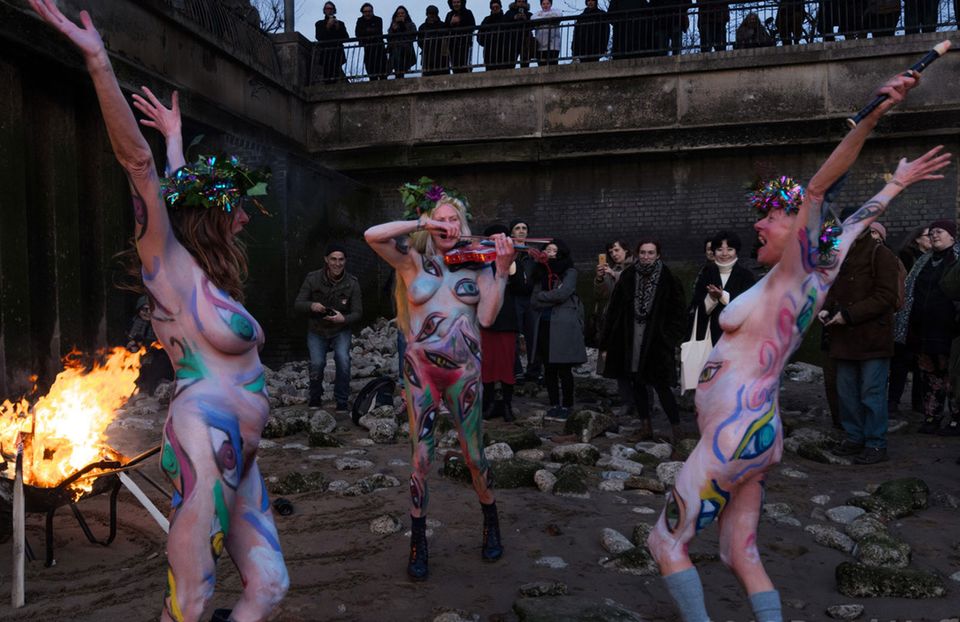 Then came lockdown when Come Hell or High Water lived up to its name with Bean, who lives nearby, doggedly making sure there was something new to animate the exposed foreshore every month, even if the audience was only the occasional dog walker or local resident visiting the shops. “I was determined to continue in a physical way every month—it could not just become an online presence,” she says. Some performers preferred to stay away and send extended accounts of works enacted at home. Others integrated Thameside art-making into their legitimate exercise. Pieces were also installed in situ as animating presences to be encountered in a single day. Among these were Bean’s lengths of ribbons stretched above the shore to be played at different times by both air and water, or Fran Cottell’s blue and gold inflatable rings supported by invisible fishing line that seemed to be floating in the sky like a fleet of UFOs.

Now that carefully spaced gatherings are again permitted in public places, last Sunday saw a day-long Thameside gathering to celebrate the summer solstice as Come Hell or High Water marked the first half of this benighted year along with the halfway point of its own 12-month span. Among the socially-distanced performers and onlookers was the artist and human rights lawyer Sarah Andrew who, with artist- potter Christine Binnie, was on site all day, modelling groups of cellular structures from Thames mud, inspired by the blue-green algae that two billion years ago covered the world. 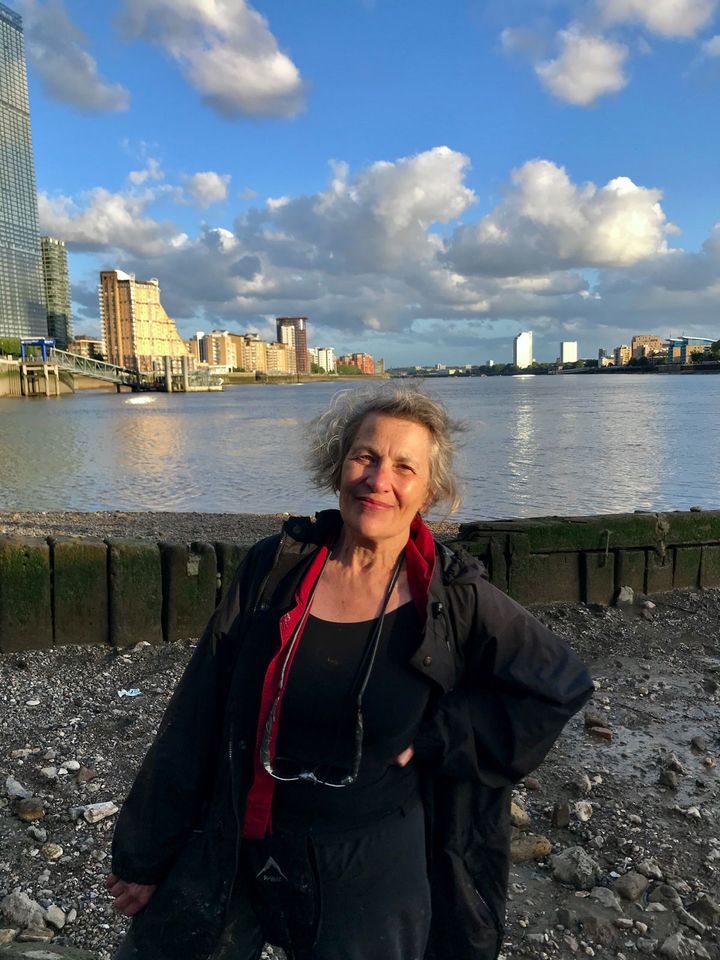 The riverside rang to incantations and improvised music from Luna Montenegro and friends and at the 9.30pm sunset there was a joint performance by the artist and veteran Greenham Common activist Elspeth Owen and the artist Max K Weaver. Owen describes it as “myself at 82 and Max, two generations apart, meeting and looping across the foreshore with a whistle and a shout and disappearing at the time of the low tide, creating a coincidence, a type of orbit, a crossing of paths”. If lockdown continues to ease, there will be more multifarious crossings of muddy paths every month at low tide as this resilient “pocket of resistance” carries through until the next winter solstice in December and into—as Bean puts it—the “ unknowable future.”