Compliments and coronets for Lisa Milroy at Parasol Unit exhibition Lisa Milroy is one of the most skilled and complex painters working today. This fact was repeatedly confirmed throughout her exhibition of works from the last 15 years Here and There: Paintings by Lisa Milroy (until 18 March), which opened at Parasol Unit on Tuesday night (16 January). Milroy was made an RA in 2005, was a Tate artist trustee between 2013-17 and is the head of graduate painting at the Slade. Testament to her reputation was the weighty art crowd attending the show’s private view and dinner, including Tate Modern director Frances Morris, the National Gallery director Gabriele Finaldi and the Arts Council chairman and former Tate director Sir Nicholas Serota.

The show marked some dramatic new departures. Clothes and shoes have always been a dominant Milroy theme, freighted with ideas around still life, human presence and absence and the power of paint itself. Now, as well as featuring in numerous paintings, in the lower gallery space her garments have also come off the walls and take to the floor and ceiling to assume new, more actively performative roles. Hanging on racks or sculptural plinths, these latest three-dimensional “dress-paintings” can variously be worn, rearranged or raised and lowered from the ceiling on pulleys. Items of clothing are deconstructed into dress patterns, enter into trompe l’oeil relationships with painted versions and can partially peel off the walls. Upstairs, more somberly-hued canvases grapple with art historical genres and traditions of vanitas paintings and memento mori. 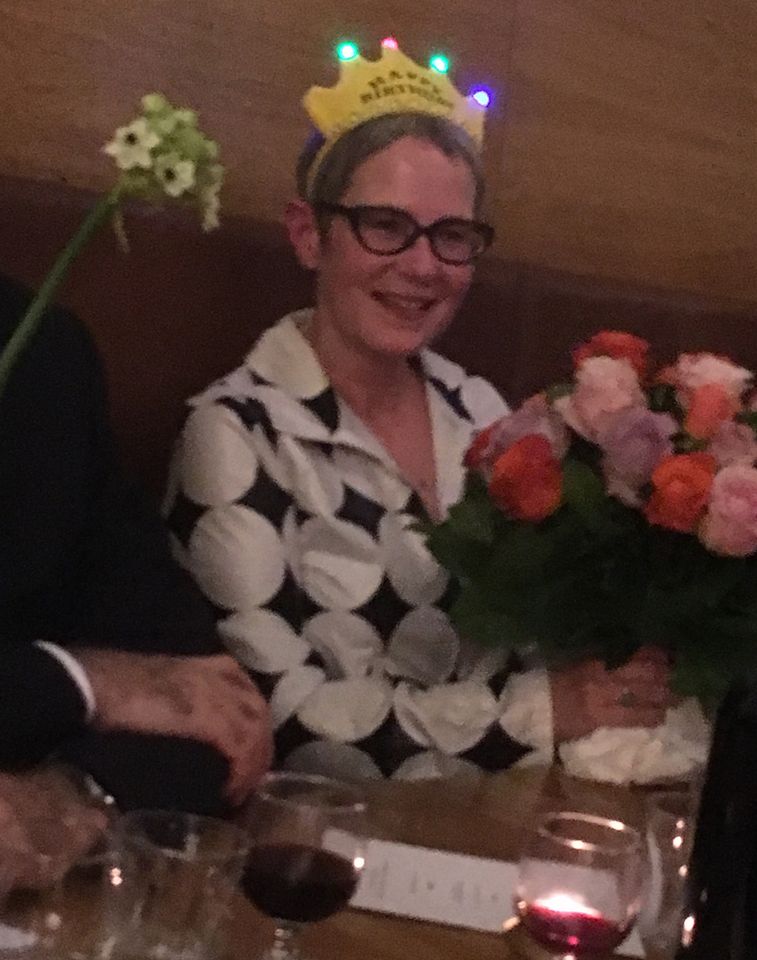 But underpinning all these endeavours was Milroy’s inventive brilliance at demonstrating what paint can be made to say and do. This view was shared amongst the gathering of her admirers. “She was one of the most gifted students I ever had, the spontaneous draughtsmanship in her painting is unrivalled,” declared Michael Craig-Martin, who taught Milroy at Goldsmith’s University in the early 1980’s. In front of a particularly gorgeous canvas depicting overlapping squares of black lace, Richard Wentworth, another of her former artist-teachers simply remarked, “I wish Goya could be here.” In a final flourish, when it turned out that the exhibition opening coincided with the artist’s birthday, the triumphant evening was topped off with Milroy being presented with an illuminated crown. The perfect accessory which she wore with aplomb.