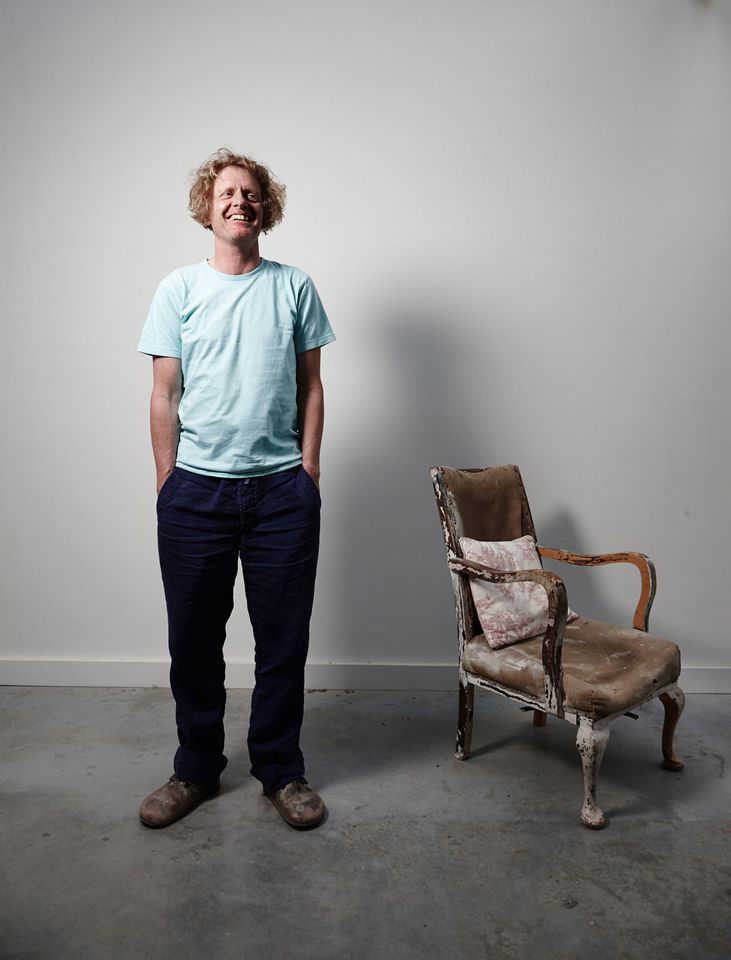 Grayson Perry, who will be starring in a new show, filmed in his London studio, called Grayson's Art Club © Richard Ansett 2020

Week four into the UK-wide coronavirus lockdown and creativity behind closed doors continues apace. Witness the success of #isolationartschool, the free Instagram academy founded on 20 March by the artist Keith Tyson “to put together creatives and those who want to learn”. This has attracted thousands of followers of all ages and abilities to experience multiple modes of art production demonstrated by an expanding line-up of well- and lesser-known practitioners. The photographer David Bailey has given a painting demonstration in his garden, Polly Morgan and her son Clifford show how to make figure casts out of household materials in south London and more than 100,000 viewers have watched a five-minute film of the veteran illustrator Quentin Blake drawing on a park bench.

Grayson Perry is also getting in front of the cameras with the launch on 27th April of Grayson’s Art Club, a new Channel 4 series that aims to tap into the creative spirit of the housebound nation. “I’m not really talking to the art world, I’m more interested in the average Joe on the sofa,” says the artist who has already won two Bafta awards for his earlier TV documentaries exploring identity (Who Are You) and taste (All in the Best Possible Taste) . For Grayson’s Art Club, Perry is hosting six weekly programmes from his studio in Islington, north London, in strictest observance of current isolation rules. “Five remote controlled cameras have been set up in my studio like the ones you have in 24 Hours in A&E,” he reveals. “They were brought by people in masks and special suits and all the cameras were disinfected.”

“We can make something uplifting in response to the crisis”

Joining Grayson’s Art Club remotely via Skype, Facetime or Zoom —“or whatever works”—will be a changing roster of fellow artists and celebrity guests such as the comedians Joe Lycett, Harry Hill and Vic Reeves, all of whom will be sharing art-making tips and revealing what they are individually up to in isolation. Each programme will have a particular theme. The first is devoted to portraiture and the second to animals, with still life and the view out of the window slated for future slots. “They’ve got to be themes people can do at home without needing loads of room,” Perry says. “It’s taking me back to the roots of my own art, scrabbling round the squat for something to make art out of.”

As well as talking about what he and his fellow contributors are currently creating in their various states of isolation—“I'm making some pots, doing a bit of drawing and painting on ceramics and I’m working on a piece that’s going to be a kind of assemblage as well”—Perry has also been inviting members of the public to submit their own artistic endeavours for scrutiny and discussion. Submissions are now closed for the first programme and entries are invited for the second animal-themed programme.

Yet alongside offering practical tips, Perry is adamant that the role of Grayson’s Art Club is also about creating an artistic mindset. “I’m not trying to turn everybody instantly into great artists or to show you how to draw sunsets, hands or birds,” he insists. “I’m going to be talking more about what it means to be an artist and getting yourself into the social, emotional and anthropological context of making art rather than telling you how to hold your pencil.”

The ultimate plan is to display the art created during the series in a public exhibition that will chronicle the changing moods of the UK in isolation and act as a record of these historic times. Yet while he hopes “we can make something uplifting in response to the crisis”, Perry admits that he is also reassessing his own work. “I’ve been looking at my own art and wondering what would I want to make if there were not a lot of opportunities to exhibit or sell,” he says. “I think in the future we will be looking at how art works for us in our immediate society, rather than talking to some glamorous international art expert. Maybe there might be a turning to art as a comfort and as something decorative. Right now, I’m working on pieces for my own home and that’s practically a first for me.”