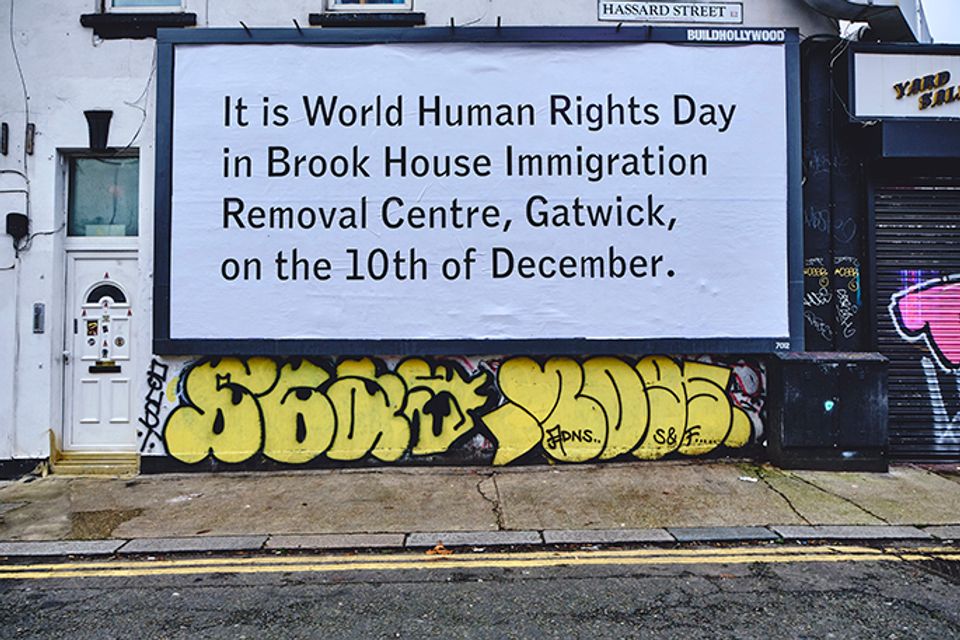 For many in the UK, Brexit and Covid-19 may be our current and chief preoccupations. But as today, the United Nation's World Human Rights Day, reminds us, these issues can pale in comparison to those experienced by people around the world, whose basic human rights are being denied. To commemorate the occasion, the artist Jeremy Deller has collaborated with the designer Fraser Muggeridge and Jack Arts Agency to deliver this stark message across hundreds of billboards in ten cities throughout the UK, including London, Birmingham, Glasgow, Edinburgh and Cardiff.

On Deller’s posters are series of simple statements that highlight ten locations spread across the globe where human rights continue to be violated. These include Xinjiang Province China, Evin Prison Tehran, the Amazon Rainforest, the Mediterranean Sea and even the UK, in Brook House Immigration Removal Centre in Gatwick. The direct messaging of these posters puts a spotlight on the inconsistency between the pledged adherence to the universal declaration of human rights and what is really happening across the world. 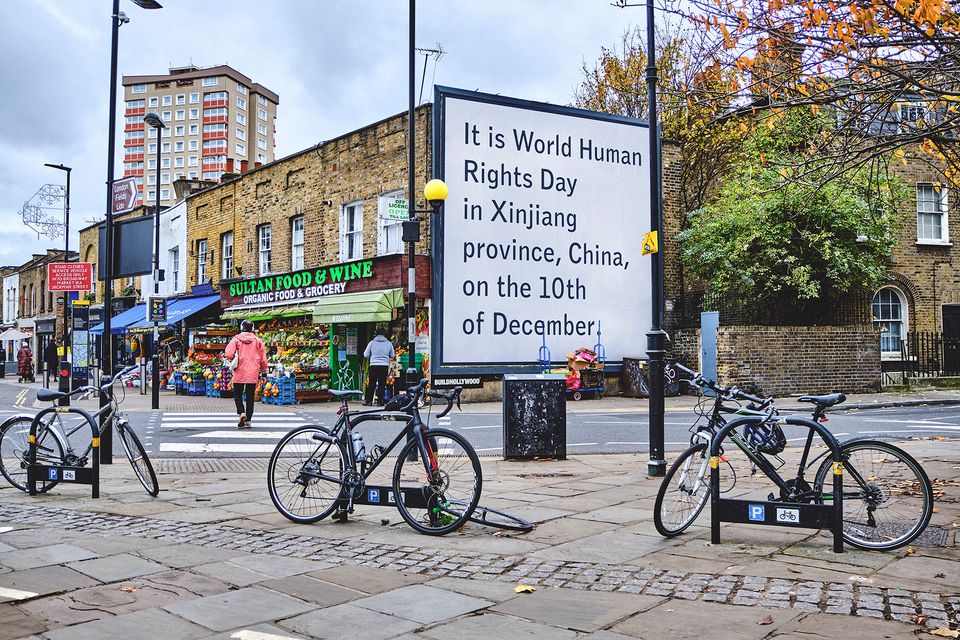 “Violation of human rights exists everywhere, regardless of what else is going on in the world and we wanted to say that today is Human Rights Day for people across the world, even if they aren’t having their rights respected,” says Deller, who adds that “there were thousands of locations to choose from”.

This campaign is the latest in a series of public poster works that Jeremy Deller has produced over the past months, with past billboard works stating "Thank God for Immigrants" and "Tax Avoidance Kills" and for the South Bank Everyday Heroes Programme: "An Immigrant Saving a Racist's Life X 500,000."

Although 10 December marks the anniversary of the adoption of the Universal Declaration of Human Rights by the United Nations General Assembly in 1948, most of the posters will remain across the country until the end of the month. “Really this is just a reminder", Deller says. “Every day should be Human Rights Day, that’s what I’m saying with this.” Let’s hope that this project brings a sense of shared humanity to our streets.