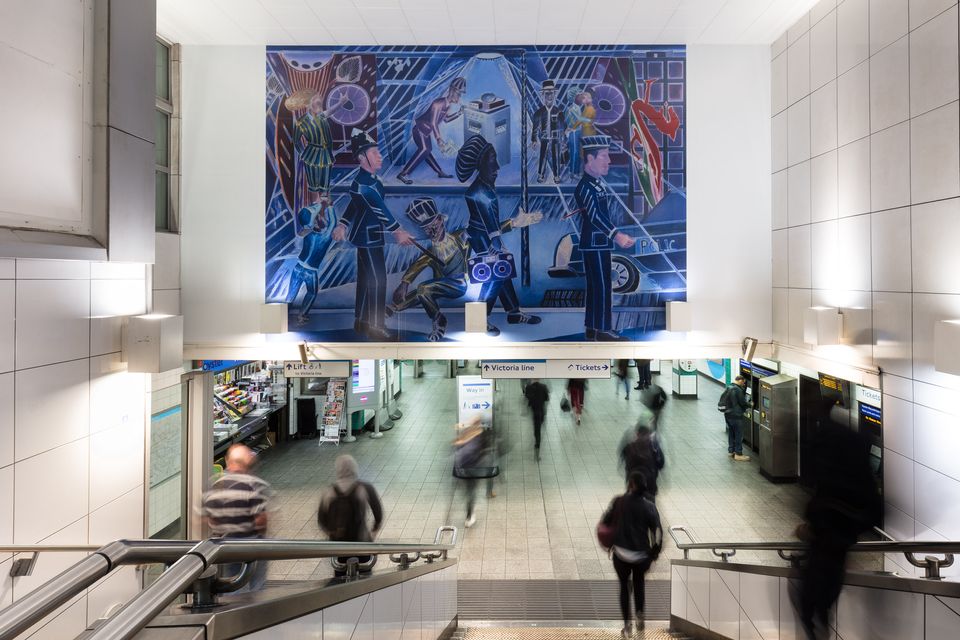 This morning saw the unveiling of a large-scale new commission by the Grenada-born UK artist Denzil Forrester for Brixton underground station, which will remain in-situ for the next 12 months. Commissioned by Art on the Underground, Brixton Blue (2019) straddles the station's entrance and depicts a Brixton street scene with the figures of a truncheon-wielding policeman, a Rastafarian ‘businessman’ holding a portable sound system and a besuited politician.

As well as being inspired by the Brixton murals of the 1980s, the work reinterprets and updates one of Forrester’s most important paintings Three Wicked Men (1982), which is now in the Tate’s collection. “When I was asked to do this project I was thinking, out of all the paintings I have done that’s the one that really should be in Brixton, but it’s in the Tate. So I’ve made another one,” he says. 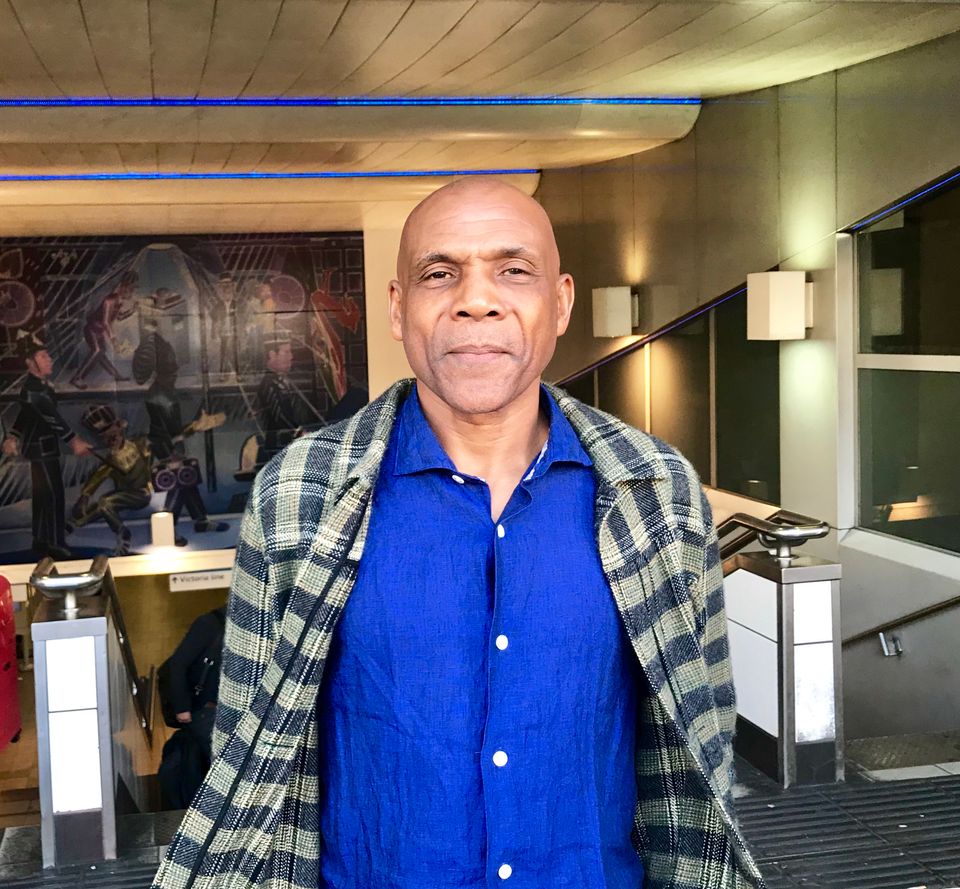 Brixton Blue mixes past and present, featuring both a contemporary bystander scrutinising a smartphone and a more old-school DJ who flips vinyl and is flanked by two huge speakers in the background. “For me Brixton was all about music,” remembers Forrester. “The whole of Railton Road was like a festival street.” New prominence is also given to the figure of Winston Rose, a friend of Forrester’s who died while under police restraint in 1981 and who haunts many of the artist's paintings. In this work Rose sits on the kerb with one arm outstretched and wearing a Rastafarian hat with a 'London Transport' badge fastened to it.

The message seems to be that while today’s Brixton is being rapidly gentrified, longstanding tensions and abuses still simmer beneath the surface. Forrester is especially concerned at the current police revival of the notorious Stop and Search tactics that were such a key element in triggering the Brixton riots. “Money is being thrown at Stop and Search when it should be used to re-open art rooms in schools,” he says. Yet as police powers are being ramped up, in all the publicity posters for the work currently on view across the underground network, police presence has been mysteriously edited out. So in order to see Brixton Blue complete with its boys in blue, a trip is needed down the Victoria line to Brixton station. It is well worth the journey.