A three-part solo show of work by the artist Lucy Raven marks the foundation's reopening in Chelsea, New York, after a two-year renovation

In 1987, when the Dia Foundation established an outpost for art in what was then a low-slung spread of taxi garages and auto repair shops, the Chelsea of today was unimaginable. At five storeys, Dia’s building was one of the tallest in the area, which felt remote from the dozens of galleries, bars, shops and high concentration of artists in SoHo. That lack of distraction was perfect for Dia, which carved space out of time for the long, slow absorption of its commissioned, year-long exhibitions.

Yet in a scenario that has been repeated so frequently it seems to have been ordained by an unnamed master of the universe, art made a wilderness safe for development. Dia sold its building when structural repairs proved more expensive than building anew, which it only did in Beacon, but it held onto three other properties on West 22nd Street. Unfortunately, succeeding mayoral administrations, strangely confused by the difference between public improvement and private enterprise, re-zoned the neighbourhood around the High Line park that runs above the galleries. The result—a forest of overpriced residential towers designed to appease a bottom line-oriented culture that is pleasing to markets but antithetical to art—has plunged the streets into shadow and obstructed New York’s rough-and-ready creative core. 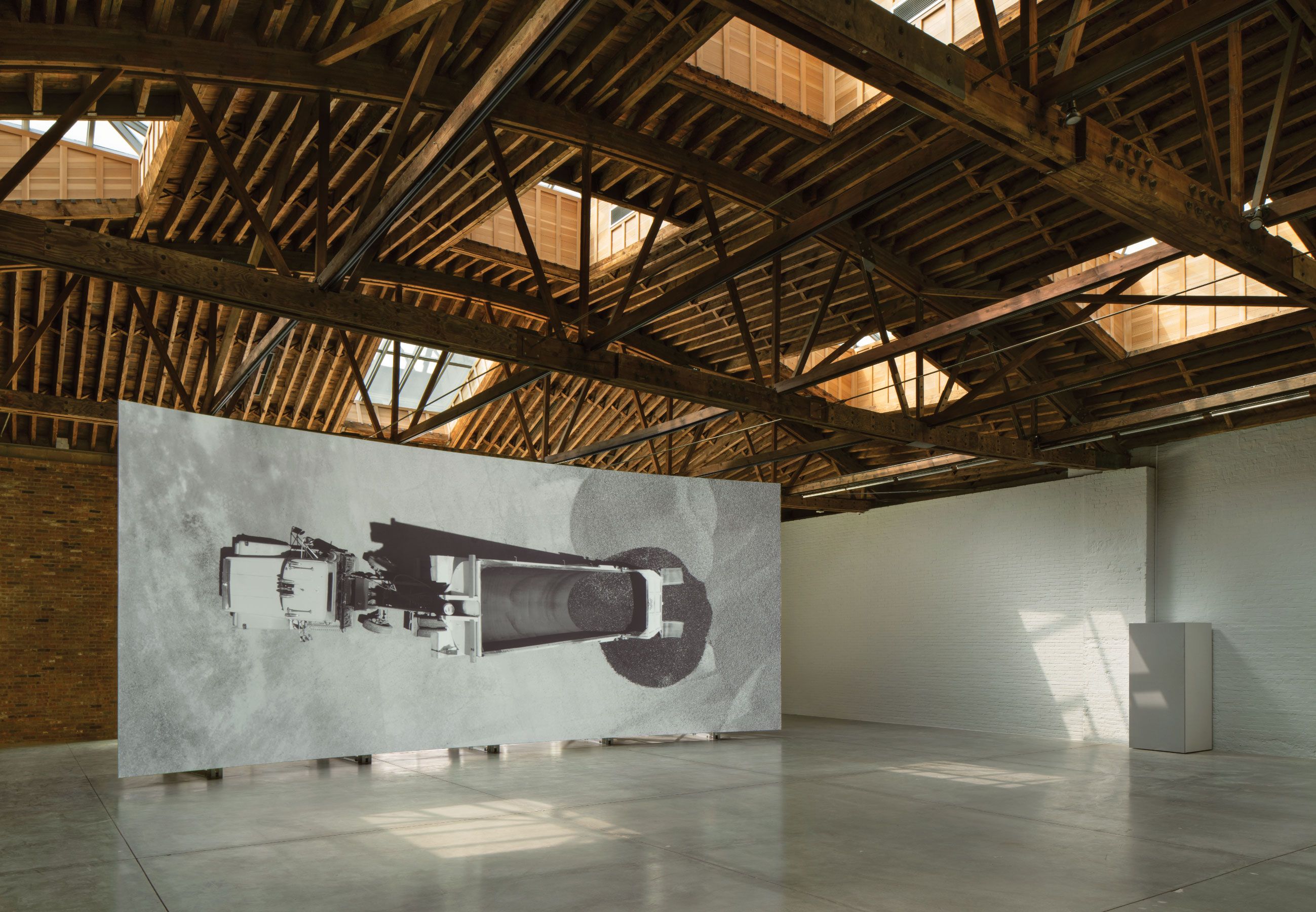 This history may not be visible in Ready Mix, the film by Lucy Raven that anchors the three-part exhibition marking Dia’s reopening after a two-year renovation, but their links are pointed and indivisible. In a story that depicts an industry’s relentless plunder of a natural resource, the protagonist is a cement factory in Idaho. Over 45 minutes, we watch from aluminium bleachers designed by Raven the process of collecting and pulverising rock for cement to make moulded blocks suitable for building impregnable walls.

Raven shot the operation in black and white—or rather cement grey—from the air and the ground, and even from inside the rotating centrifuge of a gigantic cement mixer. She allows only intermittent glimpses of the vast, barren landscape that excavators have raked of any living organism, while a truck dumps thousands or millions of stones onto moving conveyor belts that carry them to their final rest and regeneration as building material. Occasionally, trees and equally barren mountains appear in the distance. Humans enter only to guide finished bricks into place on a concrete wall that imprisons us as it grows higher and obliterates the mountains from view.

Most of this process takes place in closeups so extreme it is not always possible to identify exactly what is happening on the arc of Raven’s panoramic, concave screen, but that’s okay—it’s the metaphor that counts. The sound of whirring machinery and heavy stones falling like monsoon rain should be deafening, but the soundtrack by the drummer Deantoni Parks is rhythmic and muffled, as if the camera were wearing earplugs. The overall effect would be hypnotic if the film’s point of view did not switch so much. Instead, it is both balletic and dismaying.

Viewers watch Ready Mix under the gorgeous, skylighted canopy of timber rafters in one of three connecting and voluminous exhibition spaces. They all have polished concrete floors and either red brick or Beacon-grey walls. It has windows, and outside, in plain sight, are the high-rise galleries of the real estate lobby’s hostile takeover of Manhattan. Or, by contrast, Land Artists’ intervention in the American West.

The mind gets a rest with Raven’s Casters X-2 + X-3, two pairs of Klieg lights—the sort used to illuminate the sky over a Hollywood premiere—that surveil the darkened middle room and invite viewers to step into the spots, which change shape and size with time, as in the way of all flesh.

• Lucy Raven is at Dia: Chelsea until January 2022