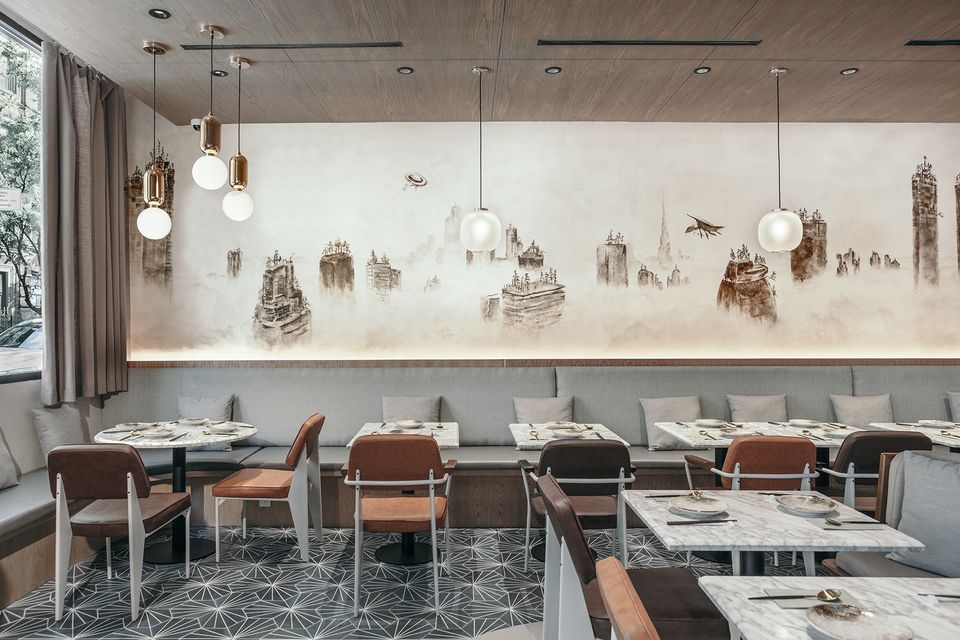 The Chinese artist Qiu Anxiong’s signature surrealist landscapes and creatures can now be found on the walls of Atlas Kitchen, a new restaurant in New York’s Upper East Side. Stills from his three-part animation New Classics of the Mountains and Seas—released in 2006, 2007 and 2017—are replicated in ink wash and plaster. The films, deriving their name from a 4th-century Chinese text, explore how technology and urbanisation have corrupted human tradition and the natural environment.

Qiu, a Sichuan native educated in Germany and based in Shanghai, collaborated with restaurateurs Haochong Sun and Dong Chen and designer New Practice Studio on the interior. Along with the murals, Qiu will produce two new works of his surrealist creatures that tie into kitchen specials, starting with a “lobster motorcycle” and a “pork knuckle vacuum”—which presumably will not be interpreted too literally on the menu of authentic and American-style Chinese cuisine.