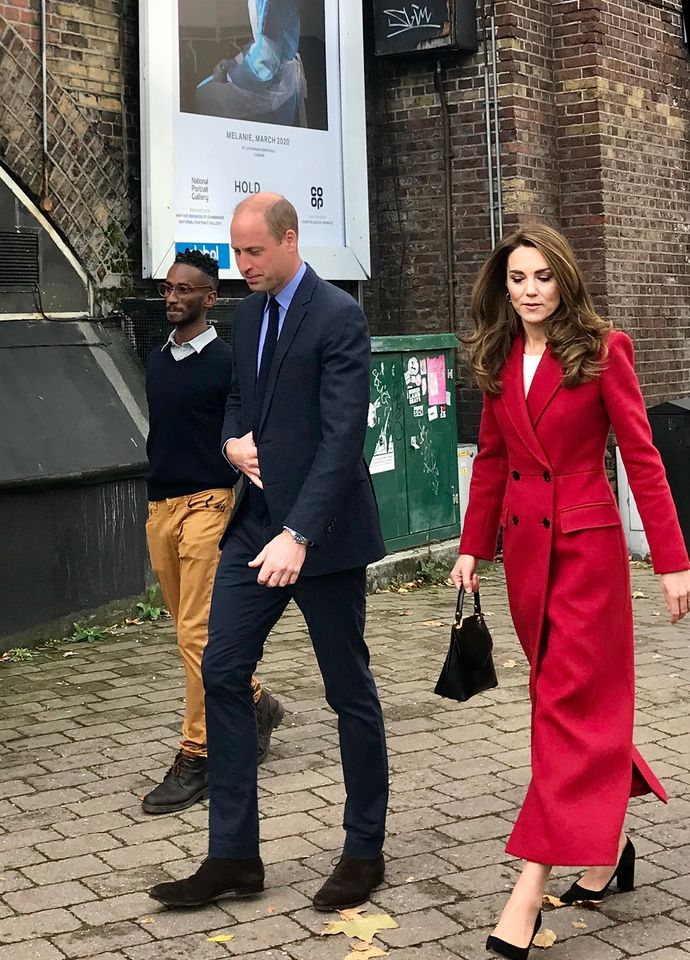 London's Waterloo station enjoyed a royal sighting this morning as Prince William and Kate Middleton—the Duke and Duchess of Cambridge—pounded the pavements to inspect a series of billboards that mark the nationwide launch of Hold Still, a public exhibition of portraits taken across the UK during lockdown. This ambitious community project, which invited people of all ages to submit a photographic portrait taken during a six-week-long period in May and June this year, was spearheaded by the Duchess in partnership with the National Portrait Gallery (NPG), of which she is a patron.

“She got in touch with the idea about a week after lockdown and we began discussing it—it all happened very quickly,” says the NPG's director Nicholas Cullinan. “We were curious about what the response would be, and we got more than 31,000 entries, which was incredible.”

A judging panel which included Cullinan, the Duchess—who has a degree in art history and wrote her BA thesis on Victorian photography—and the poet Lemn Sissay then whittled down the entries from 31,598 to 100. This final selection of what Cullinan describes as “extraordinary images from all across the country” has been viewable since September as an online exhibition on the NPG’s website, where it has already received nearly five million viewings. Now this collective portrait of a quarantined nation will be emblazoned on billboards across more than 100 sites in 80 towns, cities and rural locations throughout the UK until 6 December. For this morning’s launch, the Duke and Duchess insisted on visiting all four poster sites around Waterloo station in a prolonged walkabout, which caused consternation for their security officers but much excitement for the customers at a nearby KFC when the royal couple stopped for a chat. They were accompanied by Cullinan and Steve Murrells, chief executive of the Co-op Group, which have arranged, booked and paid for all the outdoor posters. The royal couple also met one of the subjects of the Hold Still portraits, Sami Massalami Ayad, a PhD student and volunteer at a community food hub in Hackney. Ayad's portrait Sami (2020) by Grey Hutton has a billboard all to itself in one of the Waterloo sites.

Eventually the Duke and Duchess of Cambridge left Waterloo to visit St Bartholomew’s Hospital where they were to meet frontline workers including Joyce Duah, a specialist oncology pharmacist at the hospital whose photograph, All in this Together featuring her two colleagues Amelia Chowdhury and Dipal Samuel has also been selected for the Hold Still exhibition. However many Tier 2 and 3 lockdowns take place across the UK, at least there will be one new exhibition that everyone can safely see.