A Short Affair, an anthology of short fiction. © Louisa Buck

Fortune-Lloyd’s reading was part of an event at Shoreditch House last week on Wednesday 21 November which also included an in-conversation between Pin Drop director Simon Oldfield and artist Eddie Peake, whose artwork accompanies Self’s gruesome account of a body randomly disgorging a “pained plenitude” of “silvery goo” from every orifice. Peake has also designed the anthology’s fluorescent-hued book jacket. 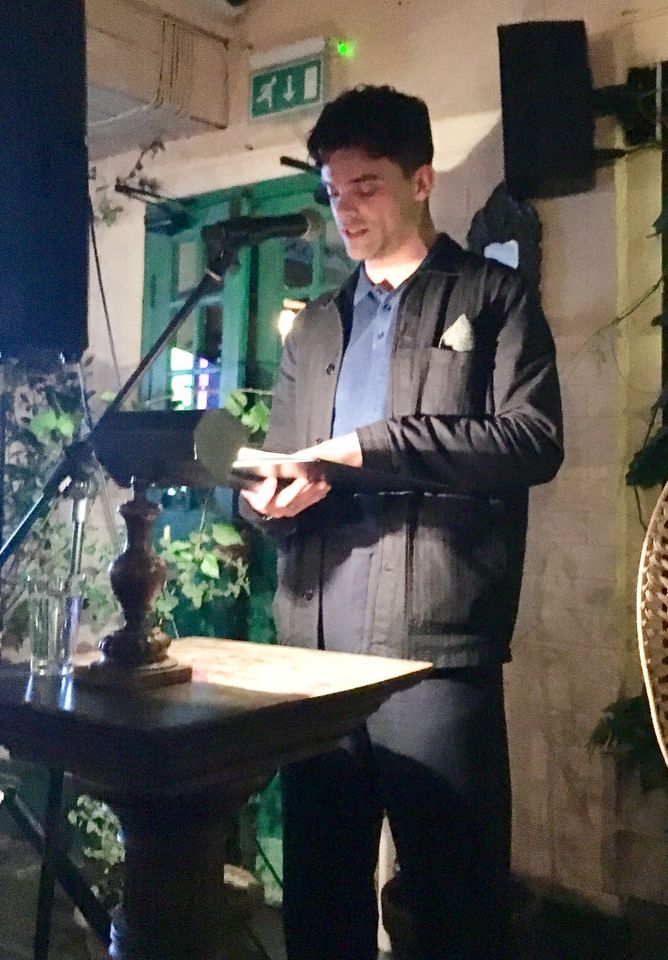 Peake explained that his choice of the word 'FECAL' to usher in Self’s text was redolent with a sense of “the embarrassment of being oneself,” a sentiment that is also manifest in what the artist described as the “amorphous blobs” of his recent sculpture, as seen in his show at White Cube earlier this year. All of which also could be seen to chime with Self’s icky tale of uncontrollable but ultimately profitable bodily excretions.

Other revelations from Peake included the fact that his work is currently in a “transitional mode”, with future plans to tease out and develop individual strands from what has hitherto been a multifarious, multimedia practice. But while he may be honing down and presenting each of his disciplines one at a time, don’t expect too much reining-in, with Peake assuring us that he will continue to channel both “euphoria and depression” in his attempt to “obfuscate and discombobulate the way we see the world.” Let’s just hope that this new direction won’t involve either faecal matter or Mr Self’s silvery goo.