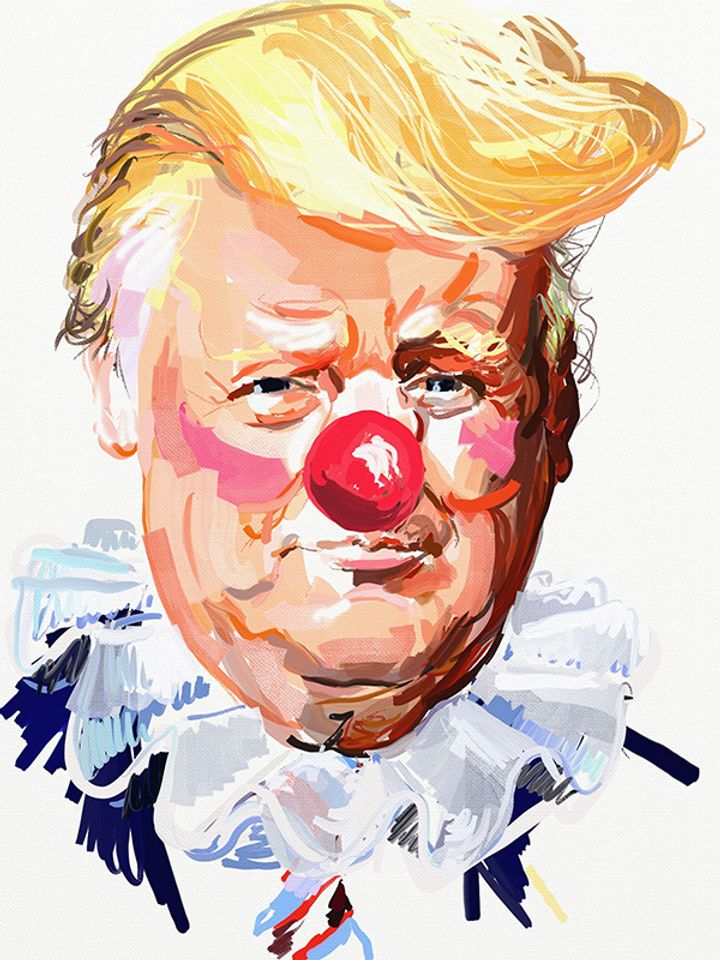 Matters are always fraught in the paintings of Eric Fischl. And his probings of the sexually problematic underbelly of the affluent US strike an especially strong chord in the current climate. Unveiling his latest series of work in the show Presence of an Absence (until 26 May) at Skarstedt Gallery yesterday, Fischl was certainly not blanching from grappling with the ambiguous and less appealing aspects of the male psyche. Whilst discussing the painting She and Her (2017), in which two middle aged men hover around a young girl by a swimming pool as an older woman pulls angrily on her cigarette, the 70 year-old Fischl controversially declared that “there’s a hard-wired aspect to the male gaze which I am presenting as a condition rather than as a critique”. He also added that the feminist movement had created “a profound identity crisis in men”. Eric Fischl beside his work Worry (2017), which features the clown-Trump poster Louisa Buck

To complicate matters further, for his London show Fischl is giving away a free poster of President Trump with the red nose of a clown. The same image also appears in one of the show’s more disquieting paintings, Worry (2017), in which a small girl and a man—who bears an ominous, if coincidental resemblance to Harvey Weinstein—stand in her bedroom surrounded by sinister toys with the image of the clown-Trump bizarrely on one wall. According to Fischl, the election of Trump is the “last ditch effort of white male power to assert itself—that's why we are now governed by the basest, most oafish, idiotic white leader, who is the most full of shit”. But although he regards this poster image as depicting the state of the US right now, rather than the president per se, to us Brits who are also caught in the hard-wired gaze of Mr Trump, this is a gift that we might not be so keen to receive.