Ed Sheeran is selling his Lego set—and his art 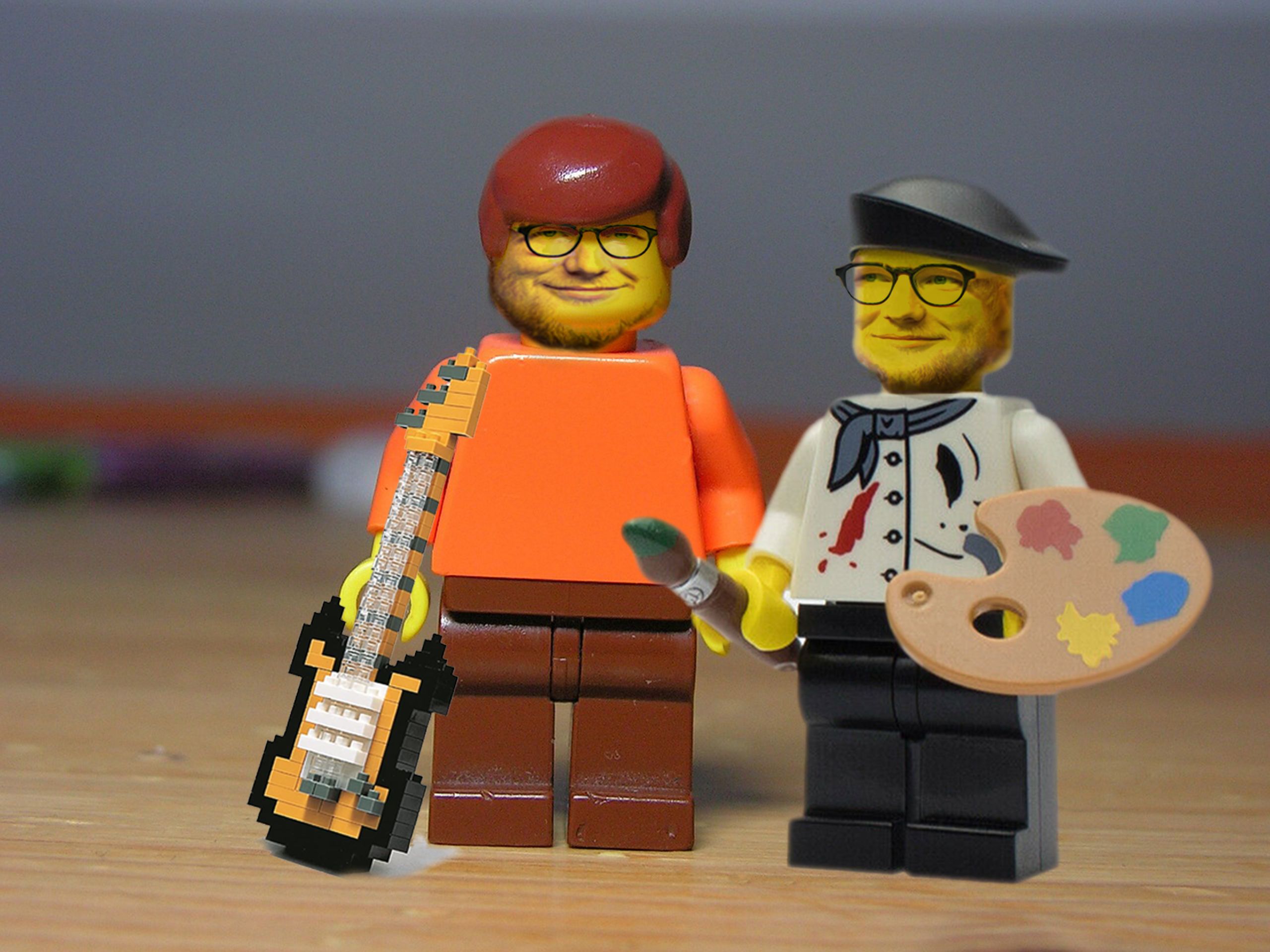 Ever fancied buying Ed Sheeran's Lego set? Or maybe one of his Ab Ex-esque paintings? (Don't worry, it's news to us too)

Now is your chance—the singer is selling his childhood Lego along with hand-written lyrics to Perfect and a "Jackson Pollocky" painting for charity in the Made in Suffolk Legacy Auction (online until 8 November) in aid of the GeeWizz Charitable Foundation which provides specialist equipment to children and young adults with life-threatening conditions, disabilities or cancer living in the UK counties of Suffolk and Norfolk.

Dab 2 (2020), a 1.2m square canvas, is apparently the one and only painting that Sheeran has made available for sale. He did it when he started painting a canvas a day for 30 days after the end of his Divide world tour in summer 2019. "It's kind of Jackson Pollocky. I bought house paint and just layered it up by flicking it. I just do my art and I love doing it. It's something that makes me happy; that no one else needs to judge," Sheeran said in an interview during Hay House's Chasing the Present Summit in the summer. The painting is offered without estimate.

And the Lego? Sheeran's parents, John and Imogen, have donated his beloved childhood set to the sale, consisting of 30 pieces from a box that remained in his bedroom when he left home. Sheeran's fondness for the little plastic bricks extends to his music too—in 2011 he wrote the song Lego House (2011), using it as a visual metaphor for the building, or dismantling, of a relationship. The lot, which is again offered without estimate, includes a signed postcard of a young Ed peeking out from the mouth of a Lego lion,

All sorts of celebrities have donated memorabilia and experiences to the auction of over 200 lots, including the bands Pink Floyd and Snow Patrol; singers Kylie Minogue and John Mayer; the sports stars David Beckham, Jessica Ennis-Hill, Usain Bolt and Frankie Dettori, and artists such as Damien Hirst.