Flies, a cyborg and a human instrument at Fatima Maleki’s performance fest 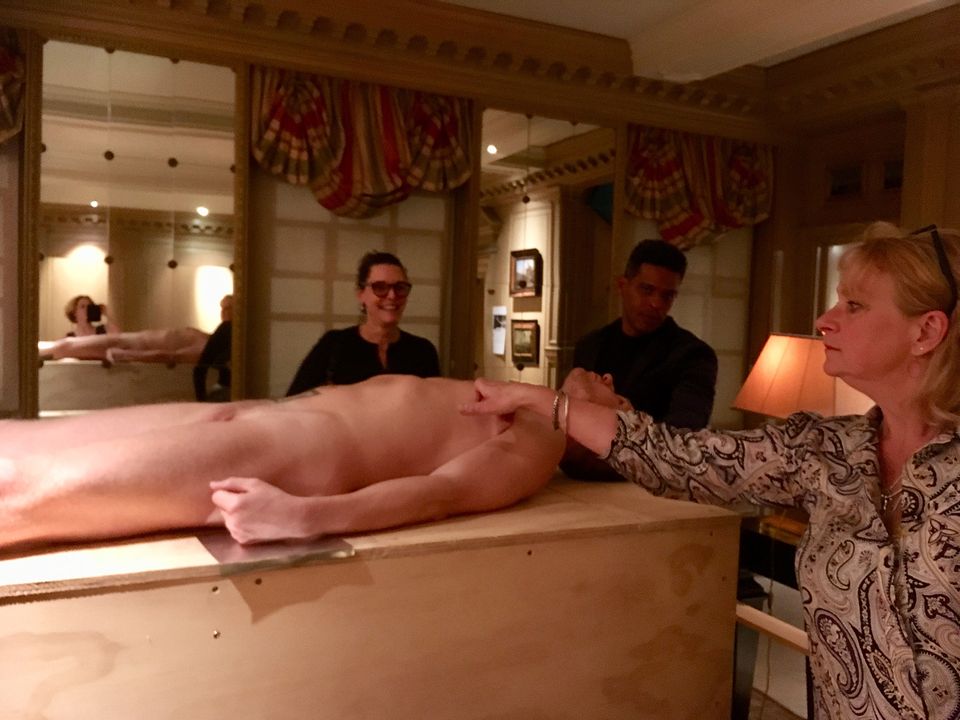 Fatima Maleki is a brave woman. The collector and patron is already well known for hosting lavish artworld dinners in her Mayfair townhouse, with her Persian buffets the stuff of legend. But last night she took the intrepid plunge of allowing her art-lined family home to be comprehensively infiltrated by a posse of performance artists—or Performance Pets as they dubbed themselves. For five long hours, between 8pm-1am, a gang of five headed up by the notorious Fyodor Pavlov Andreevich and co-curator Anna Shpilko penetrated parts of Casa Maleki that the art world rarely reaches.

In an upstairs guest bathroom Madeleine Virginia Brown assumed the role of a cyborg, swathed in layers of artificial skin and inviting guests to have an autonomous sensory meridian response (aka ASMR) experience of her chewing gum; while in another top-floor guest room it was possible to whisper through a large horn into the ear of a slumbering Louise Fornieles who had taken a hefty dose of sleeping pills for the occasion. 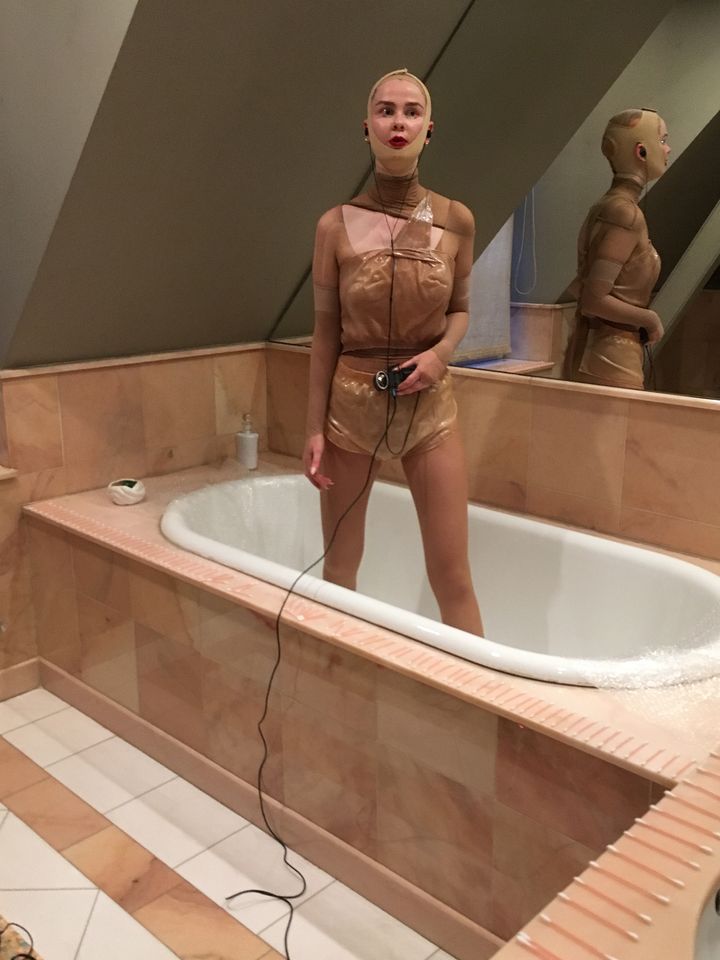 In an upstairs guest bathroom Madeleine Virginia Brown assumed the role of a cyborg, swathed in layers of artificial skin and inviting guests to have an autonomous sensory meridian response (aka ASMR) experience of her chewing gum Louisa Buck

Riffing on the pet theme, the French artist Marie Luce Nadal was ensconced in an anteroom where she was offering up domestic house flies tethered on leashes of human hair for adoption. Despite having to sign a contract promising to tend for their buzzing charges, uptake was keen—but as the evening wore on the art world’s parenting skills proved somewhat fickle, with quite a few surreptitious releases from the Maleki terrace.

There was some consternation among guests—who included Conrad Shawcross, Lisson Director Nicholas Logsdail and a rather bemused- looking Salman Rushdie—as the mobile upright box containing the American artist Alexander G. Lyle IV trundled around the main hall, causing something of an obstruction around the Persian buffet and at times threatening to topple a large cast iron Antony Gormley sculpture. However, the evening’s acknowledged show-stopper was the event’s co-curator Fyodor Pavlov-Andreevich. Fyodor is renowned for his extreme actions which generally involve nudity and some kind of bodily abuse and true to form, on this occasion he had removed all his clothes and was lying prone on a table at the top of the main staircase which had been fitted with sensors so that visitors could “play” his naked body like an instrument. Quite mild for him, although—in the interests of research, of course—your correspondent discovered that some parts of his anatomy elicited more noise than others. What Mrs Maleki’s Mayfair neighbours made of such performative shenanigans is not yet known, but let’s hope the released adoptive flies did not remain too close to home.