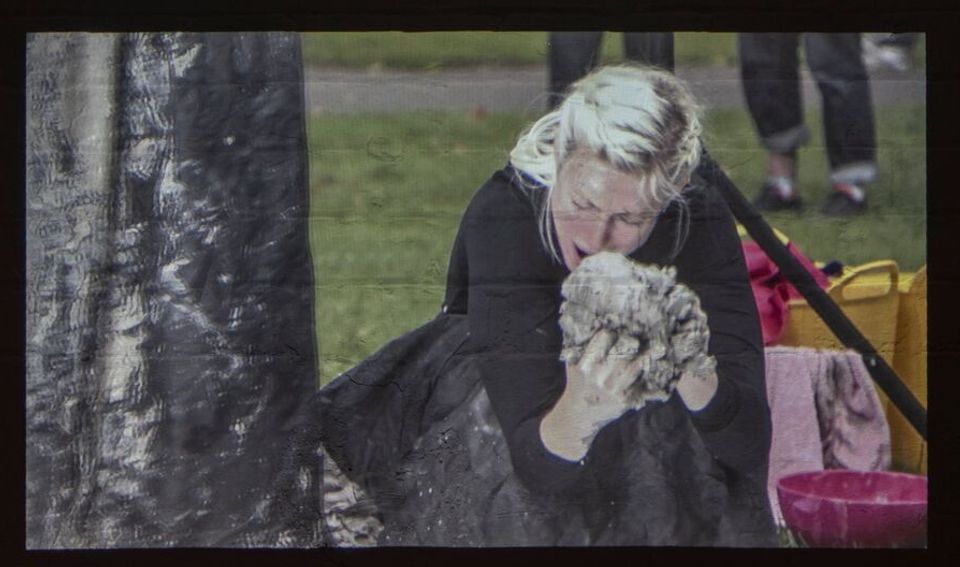 Artist’s talks don’t generally take place around a large lump of wet clay. But this is the stuff of so many of Florence Peake's intensely visceral and richly metaphoric performances. Therefore it was utterly appropriate that the artist finished Empathy Hole, her show at Peckham’s Bosse & Baum Gallery in conversation with curator Adelaide Bannerman while they both simultaneously kneaded, prodded and slapped an earthy elemental lump into ever-changing spontaneous shapes.

The hands-on activity provided an affirming finale to a starkly emotional and characteristically multilayered show which turned the gallery into a dark cave-like space with walls painted dark-brown and marked with clusters of gestural paint-smears, clots of clay and expressive paintings of wailing open-mouthed heads. Dotted throughout were glazed ceramic ‘empathy objects’ which appeared to have been scrunched in anguish. 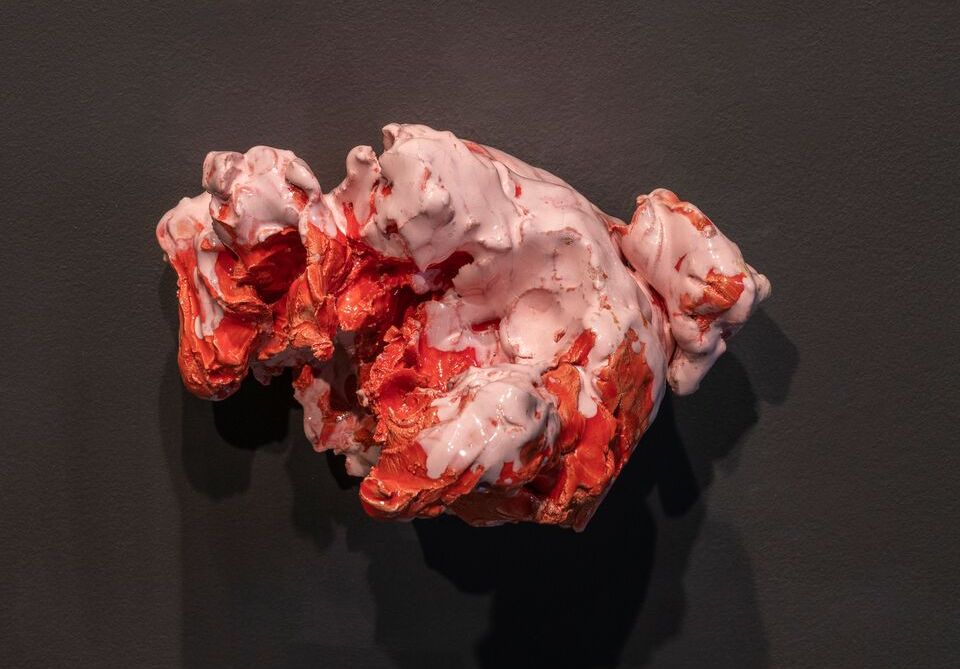 Peake explained that the starting point for all these outpourings had been an earlier dance performance The Keeners made in 2015 in which personal losses submitted by the public via an open call were lamented over in the style of professional mourners, or 'keeners'. Projected footage of these wailing performers, with the sound of their lamentations turned off, was also part of the current show, and their images were the source for the more recent open-mouthed paintings. Peake conceded that while the losses of four years ago—which ranged from urban gentrification to signifiers of creative commodification such as Iggy Pop appearing car insurance ads—may “now seem quite naïve”, they also pointed to a wider silencing of voices and stifling of empathy which made The Keeners particularly relevant for revisiting today. 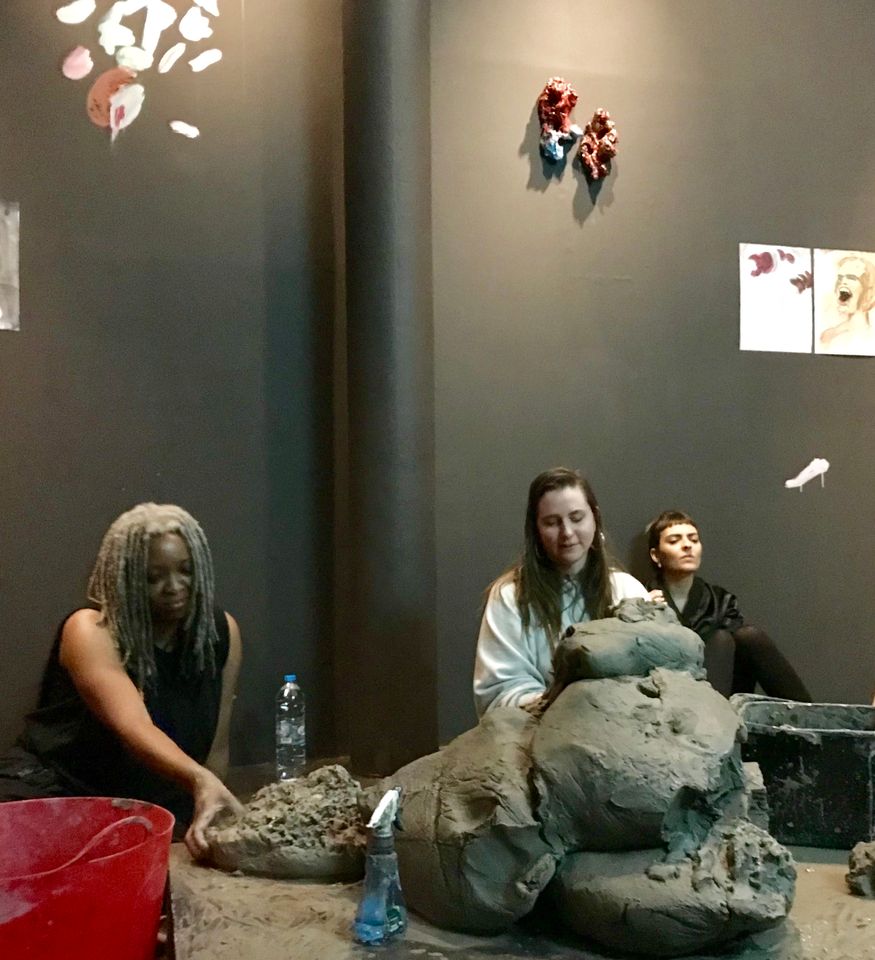 But last night there was empathy in abundance and the atmosphere was anything but bleak. As members of the audience—including Peake’s partner Eve Stainton—joined in the clay-play there was much discussion of the positive connotations surrounding the “excessively symbolic” notion of the hole. Similarly discussions abounded around clay's ability to express the physicality of emotional outpourings and to work where words fail—although there was also no risk of that on this occasion. While this show is now over, Florence Peake and Eve Stainton, who describe themselves as “an artistic romantic collaboration and simultaneously respective autonomous artists” will be premiering their new work, Apparition, Apparition (2019) as part f the performance programme of the Venice Biennale.