One of the works was looted by the Nazis from Jewish collector Jacques Goudstikker, but is now being sold by his heir after restitution

Only a handful of Van Gogh paintings come to auction every year, but Sotheby’s in New York has two on offer on 12-13 November. One is an early Dutch painting, with a relatively modest estimate for a Van Gogh work, and the other is from the artist’s more sought-after Paris period. The early picture, painted during Van Gogh’s stay in the remote province of Drenthe, in the northern Netherlands, dates from October 1883. Entitled Paysan brûlant de mauvaises herbes (Peasant burning weeds), it is a study of a bonfire in a field on a dark autumn evening. The estimate is $600,000-$800,000.

During the 1930s the painting was acquired by the Jewish, Amsterdam-based dealer Jacques Goudstikker. He died in 1940, just days after fleeing the Netherlands, and the occupying Nazis quickly seized his collection. In 2006 more than 200 of Goudstikker's pictures that had been handed over to the Dutch state in 1946 were restituted to his daughter-in-law, Marei von Saher. This represented only a small part of his dispersed collection.

Paysan brûlant de mauvaises herbes had been auctioned off by the Nazis in Amsterdam in 1940. During the 1980s the painting was in Puerto Rico, on loan to the Museo de Arte de Ponce, which is the last time it was exhibited. It was then sold at Christie’s in 1989, going to an unnamed private collector. After lengthy negotiations, the picture was restituted to von Saher in 2019. The terms of the arrangement remain confidential, but presumably the previous owner has either been paid part of the value of the painting or will share in the proceeds of next week’s sale. 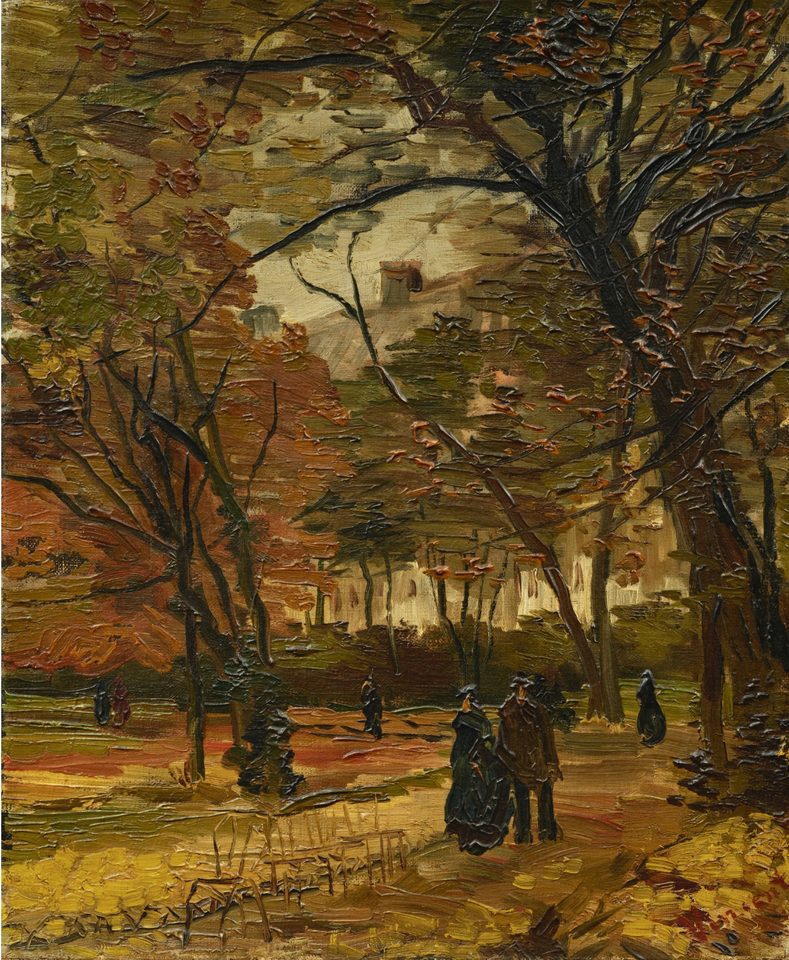 Vincent van Gogh’s People strolling in a Park in Paris (1886), to be auctioned at Sotheby’s, New York, 12 November Courtesy of Sotheby’s

The second painting to be auctioned at Sotheby’s is People strolling in a Park in Paris, dating from autumn 1886. In 1920 it was bought by the ophthalmologist Emil Hahnloser and is now being sold by his heirs. Most of the Hahnloser collection has been on display in the Villa Flora, the family home in Winterthur, Switzerland (and shown in their travelling exhibitions), but the Van Gogh is privately owned by an heir. It was displayed in Tate’s Van Gogh and Britain show earlier this year, although before that it had last been exhibited in 1947.

Since the 1920s the Paris painting has been entitled “Le Bois de Boulogne”, but specialists at the Van Gogh Museum now believe that it depicts a park in the centre of the capital, probably Parc Monceau, which was near the residence of the Van Gogh brothers. This is because of what appears to be an apartment block depicted in the back of the landscape, which makes it less likely that it was the Bois de Boulogne. The estimate for People strolling in a Park in Paris is $5m-$7m. 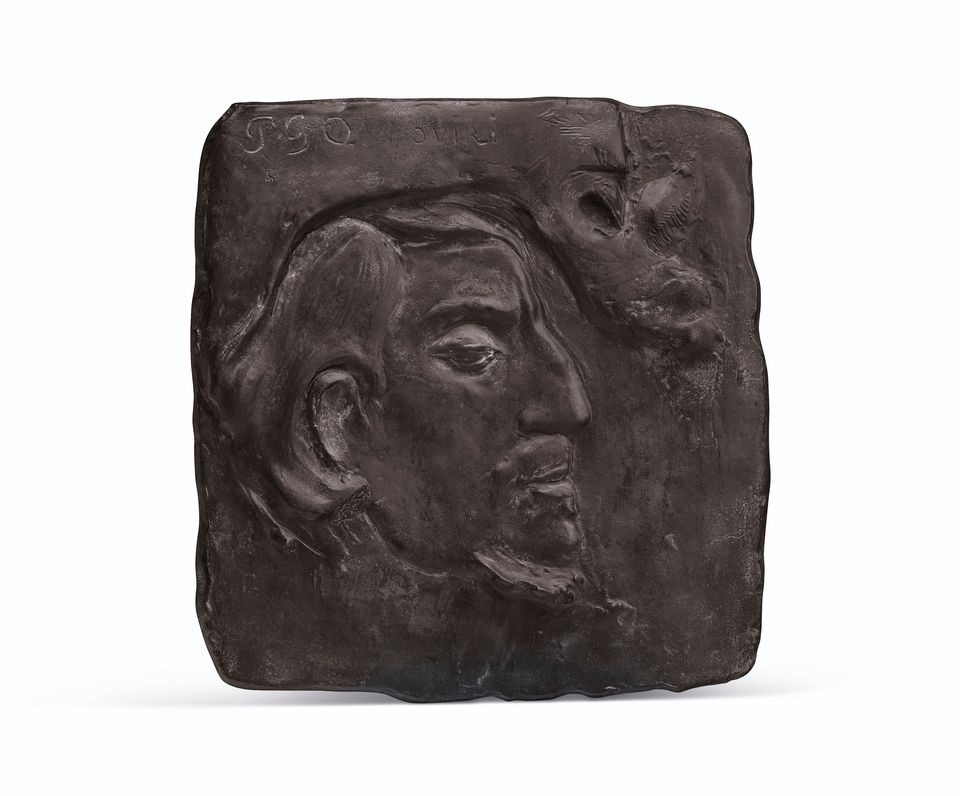 On 12 November, the same week as the Sotheby’s sales, Christie’s is auctioning a large collection of works by Van Gogh’s colleague Paul Gauguin. These belong to Richard Kelton, a serious Gauguin enthusiast and collector, who is based in Santa Monica, California. Astonishingly, there are 45 lots, although many are works on paper or later bronze casts after Gauguin sculptures. Among the more important objects are four oil paintings, five ceramics and a fan design of a bather (1887). Kelton currently has three other works on loan to the Gauguin Portraits exhibition at London’s National Gallery (one is another bronze cast of the Self-portrait Oviri, with the Christie’s version estimated at $10,000-$15,000).

• The Columbia Museum of Art, in South Carolina, has just opened an exhibition on Van Gogh and his Inspirations (until 12 January 2020). There are 12 works by Van Gogh, lent by US museums and collectors. These are shown alongside 30 or so works by other artists admired by the Dutch master from the collection of Steven Naifeh and the late Gregory Smith, the authors of the 2011 biography Van Gogh: the Life.