John Virtue may now have a mini-retrospective of his distinctive monochrome landscape paintings on show across seven floors of London's luxury department store Fortnum & Mason, but at Wednesday night’s (12 September) private view the artist revealed that this was in fact only his third visit to the luxury emporium on Piccadilly. His past two sojourns had been to buy a jack in the box for his grandson, and to buy a pie which, as he recalled, was “rather good”.

Virtue, who now works in self-imposed isolation in his North Norfolk studio, admitted it was a tad unusual to see his austere, rigorous canvases and works on paper—which have often involved him staying as long as seven years in a single location—arranged amongst the beauty products, menswear and gifts. However, he also admitted to appreciating the fact that a far greater number of people would encounter his works—and especially the large canvases installed in the street-level shop windows—than at any conventional gallery show. 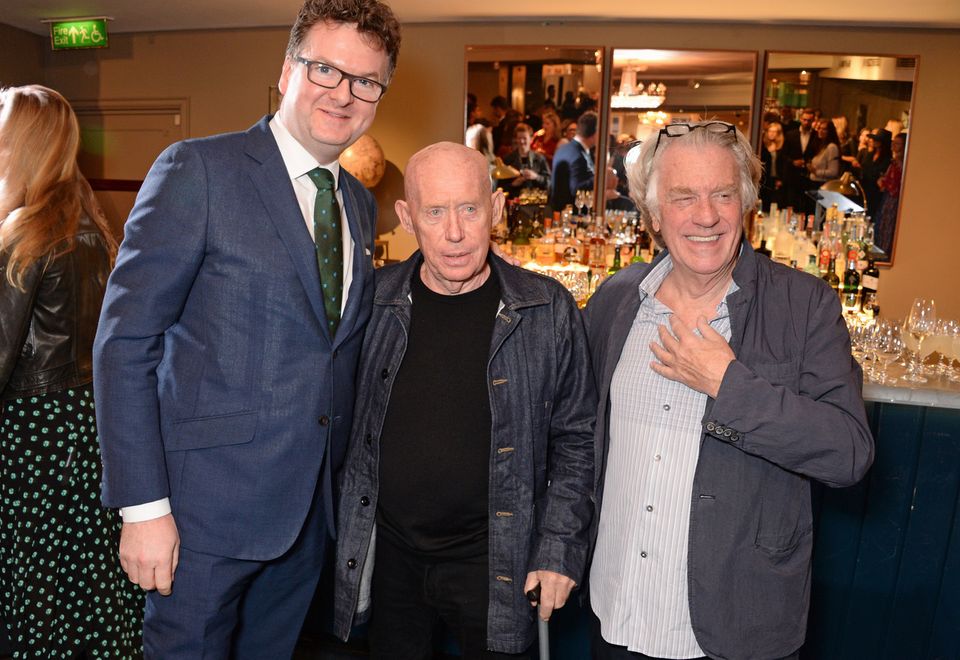 The show is the third iteration of Fortnum's x Frank, the collaboration between Fortnum & Mason and the collector Frank Cohen. A long time collector of Virtue’s work, Cohen says that he has “always admired the energy and power of his expansive landscapes and surging seascapes. In a time when the whole world has gone contemporary-mad, I was keen to steady the boat and bring these works to the foreground.” But Virtue had known of Frank Cohen for even longer. Amidst last nights festivities the artist revealed that, when money was tight in the late seventies, he had worked as a postman in Accrington in Lancashire making daily deliveries to one of Cohen’s chain of Glynwebb DIY stores in the town.

All in all, rather contrasting circumstances to Fortnum's chinking champagne glasses, opulent merchandise and private view crowd. Guests included the Royal Academy of Art’s director Tim Marlow, Tate Britain’s curator Andrew Wilson, Frank Cohen’s daughter Georgina (who works for Gagosian Gallery), as well as the model Sabrina Percy and Mark-Francis Vandelli from the TV show Made in Chelsea. Times have changed indeed.