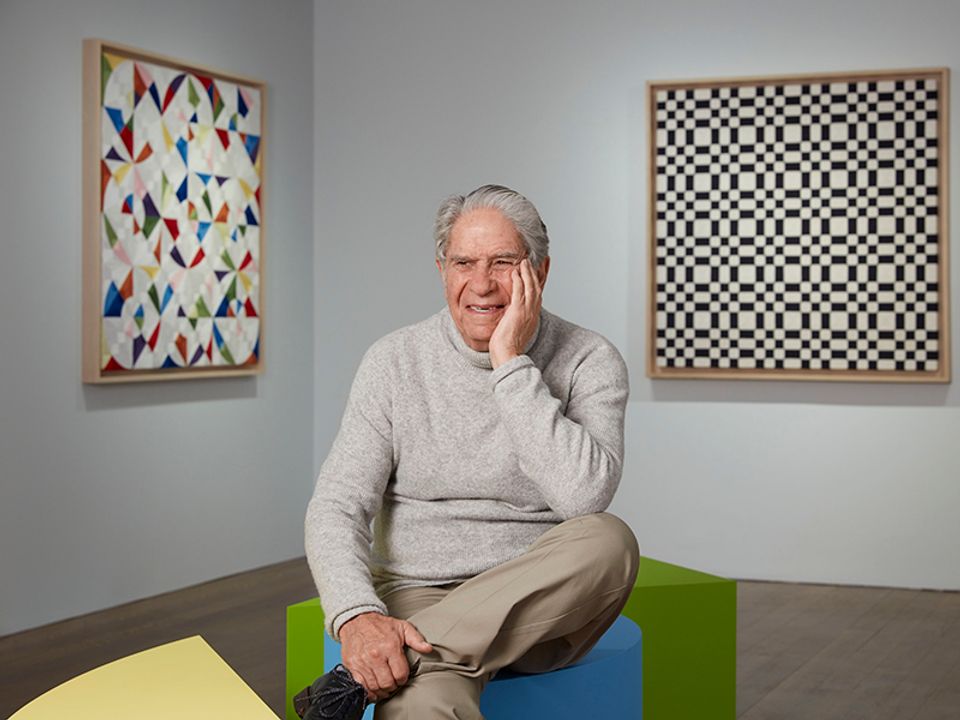 The first thing Eduardo Terrazas wanted to show me when I recently visited his studio on a tree-lined street in Mexico City is a map—his successful plan, in 1979, to impose order on the city’s crosstown traffic flows. Terrazas, a Cornell-trained architect and progenitor of contemporary art in Mexico, devised Ejes Viales (road axes), a kind of superstructure of thoroughfares between two points on the city’s ring road that could deliver a car from one side to the other in record time; a simple overlay that speeds up circulation.

The significance of such a web will not be lost on those who visit Cosmos within a Cosmos (until 14 April) at Timothy Taylor’s New York gallery, Terrazas's first solo show in the city since 1974. The 16 geometric abstractions are at once orderly yet dizzying, their initial tangram tidiness dissolving into concentric shapes upon closer inspection. Their scored effect comes from wool yarn painstakingly folded upon itself row by row and pressed into Campeche wax. Terrazas, born in 1938 in Guadalajara, recalls his first encounters with Huichol tablas, an indigenous folk art that uses yarn to depict the celestial order. “I was very impressed with that kind of imagery. Little by little I deconstructed them,” he says. As a young architect, he drew inspiration from such works when he co-designed the logo for the 1968 Olympics in Mexico City, with lines traced around the famous rings. 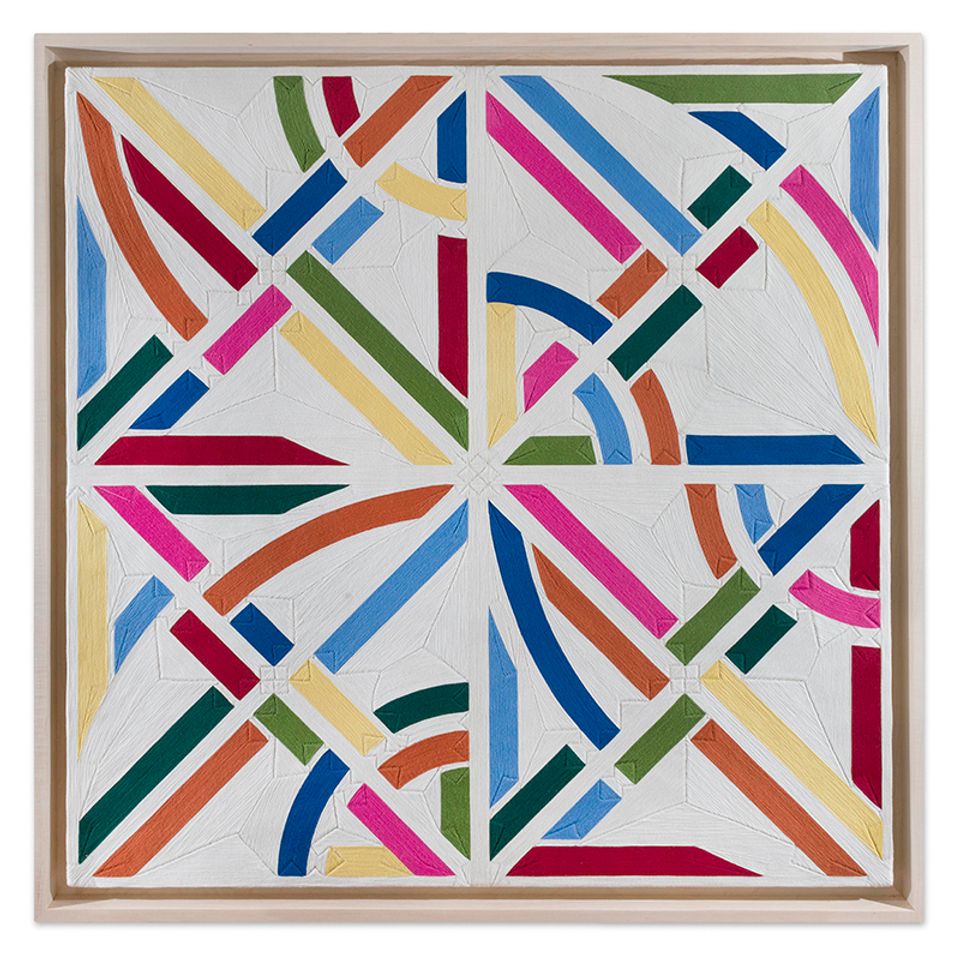 Since the 1970s, Terrazas has been refining his thinking through the project Posibilidades de una Estructura (Possibilities of a Structure), from which these new works are drawn. It is, he explains, a framework based on a circle within a square crossed by two diagonals: Cartesian forms to capture “everything that appears to you in the universe”. The permutations, which currently number about 250 but are in theory infinite, call to mind invisible forces like gravity and electromagnetism. The key ingredient, however, is colour, from lime to sky to carnation to ochre, and he keeps hundreds of skeins of yarn dyed in Italy on hand. “Colour is light and light is life. The more you use colour, the better you know colour”, he says. “As the substructure gets more elaborate, then you really begin moving things. The medium begins playing with you.”