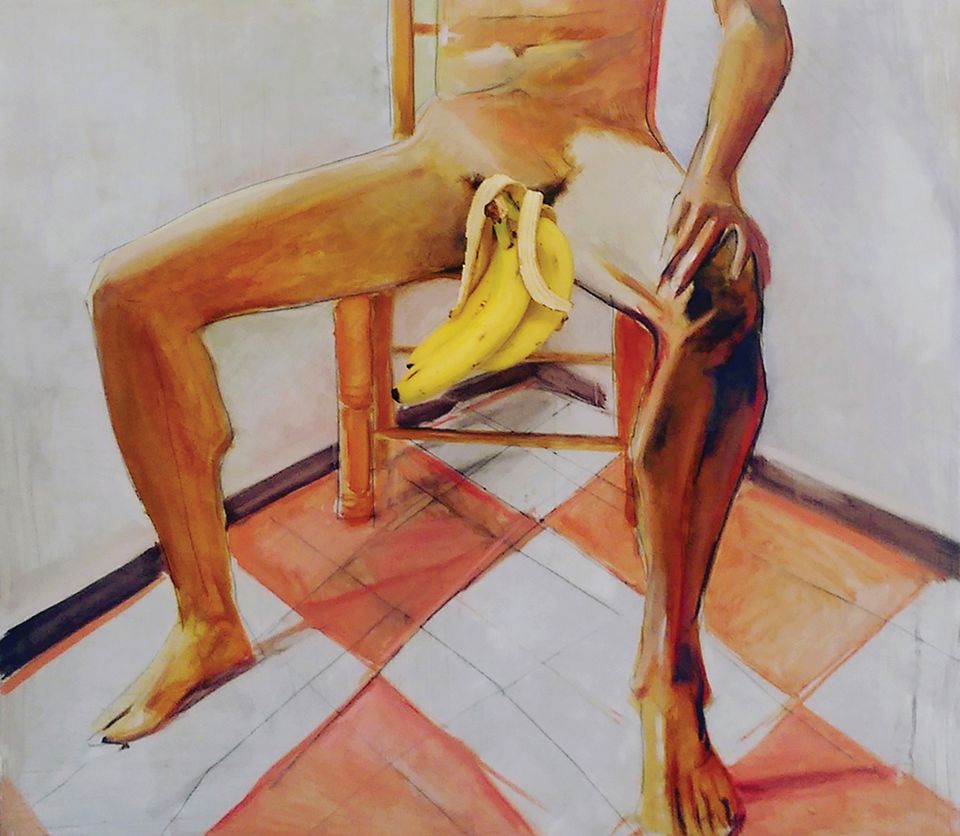 Wow, are you guys angry. It was unsurprising that last month’s column about censorship on Instagram ruffled a lot of feathers online, but it is fascinating to learn more about how people react and respond to it.

So many of you commented on the @theartnewspaper.official and @instagratification.official posts last month, saying you had experienced the sharp end of the social media platform’s filters. “Three professional artist profiles with 10,000+ followers, clients and collaborators [banned]. This profile is the fourth. Truth. Each time it is increasingly difficult to rebuild,” says @williamsimpsonartist.

Many artists or fans of “inappropriate” images choose to self-censor works to sidestep the filters, covering the seemingly offensive parts. The US artist @c.v.brumund went one step further when her account was shut down; she began making a series of works around nudity and censorship, covering the breasts and genitals of nudes with fruit—either cut out from catalogues or, for the larger works, real-life food (see picture).

But self-censorship is not a failsafe solution. The artist @dirk_dzimirsky was blocked despite the fact he covers the nipples in his work. He says now he can’t even post links to non-nude art if there is nudity somewhere on that website. “So I am not posting much these days,” he concludes.

My latest column is online now, and I’m talking art censorship on Instagram. In a very meta move, this account had a post blocked too. Instagram’s policy is meant to allow for the posting of artworks but it continuously prevents creative posts. • This is such a big problem and is only increasing as the art world increasingly goes online. Read my article on @theartnewspaper.official now (link in bio) • Have you or anyone you know ever had an image of art blocked on Insta? Let me know in the comments 👇 #artcensorship #theartnewspaper #censorship #instagramcensorship #instagratification

A post shared by Insta gratification (@instagratification.official) on Jun 15, 2020 at 5:50am PDT

The greatest discovery from all the messages and comments is a brilliant online presentation-cum-exhibition on the subject, called Instagram’s Shadow. Created by 42 Social Club, a small gallery in Connecticut run by the writer and curator Jac Lahav and his wife and graphic designer Nora Lynn Leech, the show looks at 17 artists who have experienced social media censorship. The text-heavy exhibition is like reading Instagram censorship 101—it looks at historic cases of banned images; policies and how they are enforced; and gives recent examples. “There is no better time for a show like this, and it might not have happened had we not become so reliant on digital media [during the pandemic],” Lahav says in a statement.

One of the key points of Instagram’s Shadow is the platform’s double standards. While the draconian algorithms filter out artistic “graphic content” they endorse it from celebrities and influencers; artists and photographers like @__Adey__ can’t post nudes, for example, but Kim Kardashian can show her bare breasts without any problems at all. “Instagram is a two-headed monster,” Lahav says. “One side is an amazing venue for visual creativity and community outreach. The other side is one of celebrity, excess, and a mainstream cis-sex-sells mentality.”

One site, artistsagainstcensorship.com, is collating experiences of social media censorship and petitioning for a change in guidelines. If you have a story you want to share, get in touch with them or send a DM to @instagratification.official.