From Spring/Break's riotous energy to radical ceramics at Salon 94 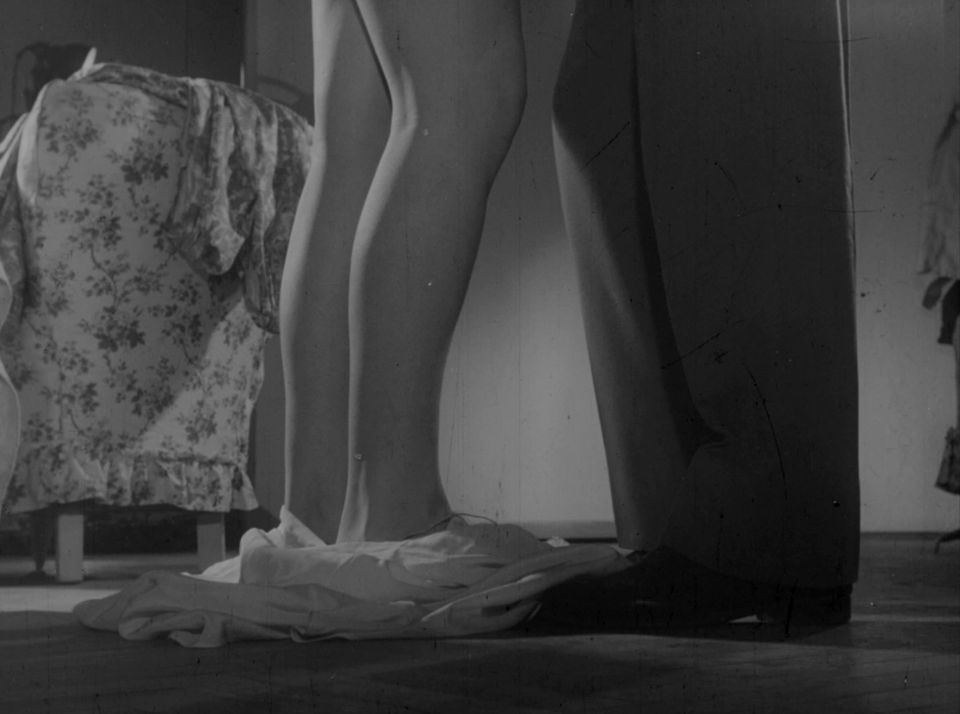 Film still from When the Towel Drops, Vol 1 Italy by Radha May Radha May

The Spring/Break Art Show is a shambling, grassroots kind of fair that takes place in empty commercial properties around New York. Founded by the artists Andrew Gori and Ambre Kelly, it offers free space to independent curators. Their seventh edition (6-12 March), titled A Stranger Comes to Town, held on two floors of offices in Times Square that Condé Nast vacated when the company moved to the World Trade Center, was literally a maze of art run riot.

Chaotic, grungy and fresh, the 2018 Spring/Break reminded me of the 1980 Times Square Show put on by artists for artists who later became mainstays of that decade’s art boom. At the opening, I stepped into a room bathed in pink fluorescent light and was pleasantly surprised by Radha May, a collective of three young feminists—Giardina Papa, Nupur Mathur, and Bathsheba Okwenje, from Italy, India and Uganda, respectively—who met as students at the Rhode Island School of Design.

After a two-year, deep dive into Italy’s film censorship archives in Bologna, they created When the Towel Drops, Vol.1, Italy, an 8½-minute video that knits together 42 scenes of seduction excised by the censors from classic, 1950s and 60s films by such legends as Michelangelo Antonioni, Ingmar Bergman and Michael Powell.

As presented by the curator Natasha Becker, the installation included printed summaries of the censors’ debates over whether to treat the scenes in question as evidence of art or obscenity. Their arguments, reproduced without comment, are fascinating for their illumination of a mindset that justifies censorship in the belief that men need protection from female sexuality. By today’s standards, the selected scenes are pretty tame, but the arguments remain potent. “We’re doing Bollywood next,” Radha May said. Watch out for this bunch! 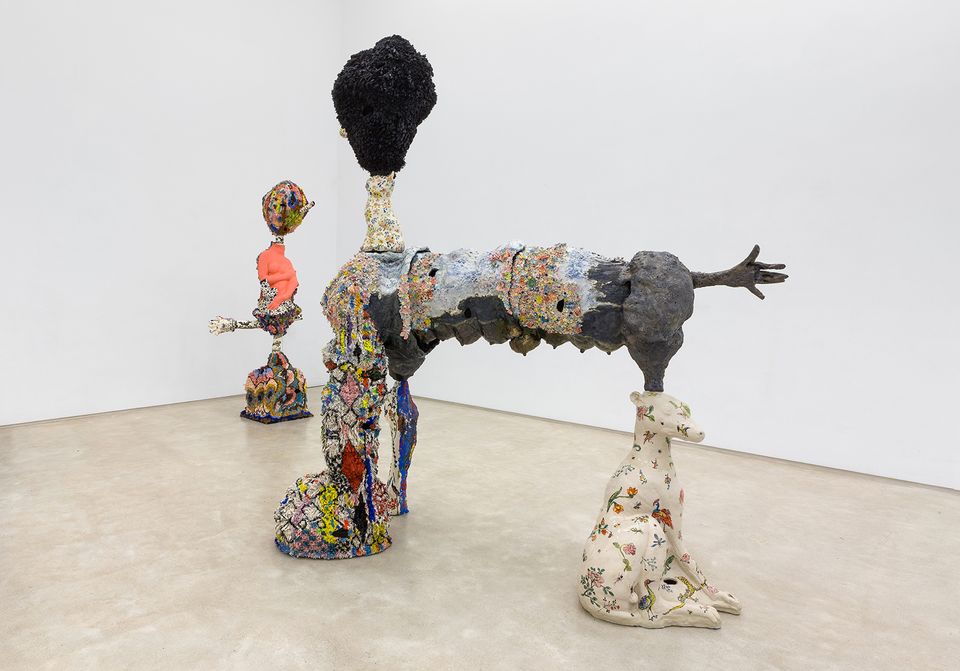 Shortly after leaving the fair, I caught the opening of Boucherouite, an exhibition of astonishing ceramic sculptures by Francesca DiMattio on view at Salon 94 gallery on the Bowery (until 21 April). Her three new sculptures—the show also includes paintings—are completely mad, and towering, animal and humanoid figures that are dazzling for their colour, scale and feathered effects. (The show’s title refers to rag rugs made by Berber women from discarded clothing.) To achieve this look, DiMattio said, “I put the porcelain through a garlic press.” One shard at a time.

The artist has been equally inventive with her glazing techniques, collaging together contrary textures from coarse to delicate and spiky to smooth. The piece She-Wolf combines soapstone-like body parts with garlands of small, painted flowers and ungainly ceramic legs, some adorned with a thick coat of those tiny, garlic-pressed needles of porcelain. More fully resolved is Venus II, a cactus-like totem that puts an electric blue torso and a horror-movie head that extends from a sinewy, floral neck atop a fertility figure from antiquity.

These sculptures, which suggest giant, costumed dancers from the Brazilian Carnaval, also reminded me of more abstract, shape-shifting works by Arlene Shechet, who wrests entrancing harmonies from disparate materials and forms. DiMattio’s visual vocabulary is different, but she is just as disruptive of a medium that once was merely bourgeois. Now it’s a hotbed of radicality.