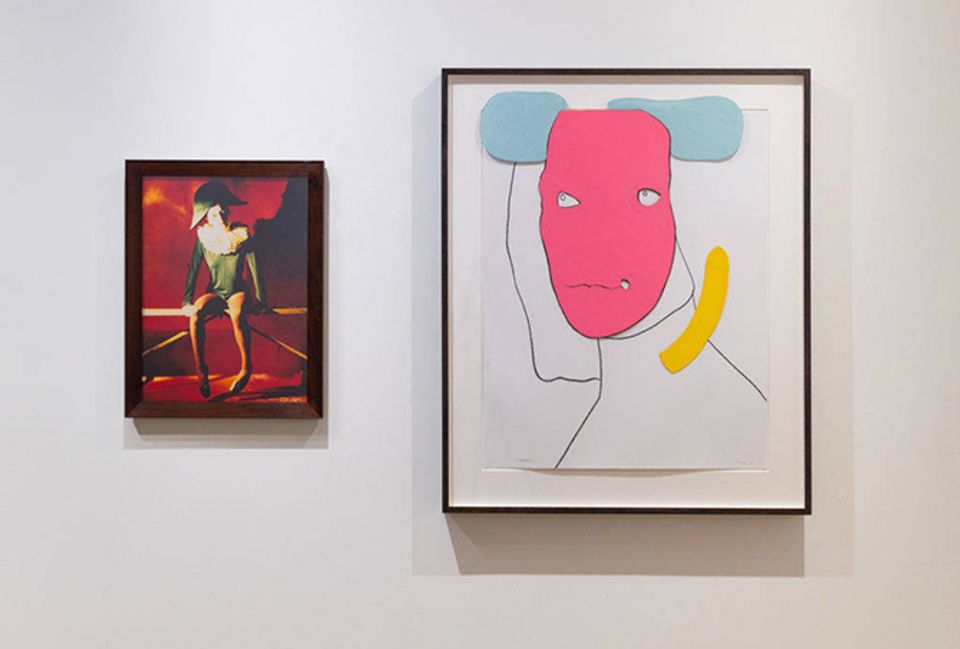 The artists Gary Hume and Georgie Hopton have been a couple for nearly 30 years, yet they have always kept their respective practices separate. But now, for the first time, they are showing together with two joint exhibitions in London and New York. Both are devoted to works-on-paper and the first, Hurricanes Hardly Ever Happen (until 3 April), opened last week at Lyndsey Ingram Gallery in Mayfair, with a packed opening of guests including the musician Jarvis Cocker and the artists Jeremy Deller, Gavin Turk and Deborah Curtis, who gathered to salute what turns out to be a highly symbiotic double vision. The second shared show will be unveiled on Ingram’s stand at New York’s Armory Show this week.

“When the idea of exhibiting with Georgie was mooted I jumped at the chance,” says Hume, who adds that while he felt he had seen Hopton’s work alongside his before, “somehow the connections between us were not explicit.” Hopton, who was in charge of selecting and curating both the shows, noticed that once she started to put their works together these connections quickly became very evident. “The works built instant bridges between themselves… a mark in a drawing by Gary echoed a line, a thread or piece of organic matter in a work by mine. Photographs by me echoed drawings by him. Abstract compositions by each of us were distant twins.” 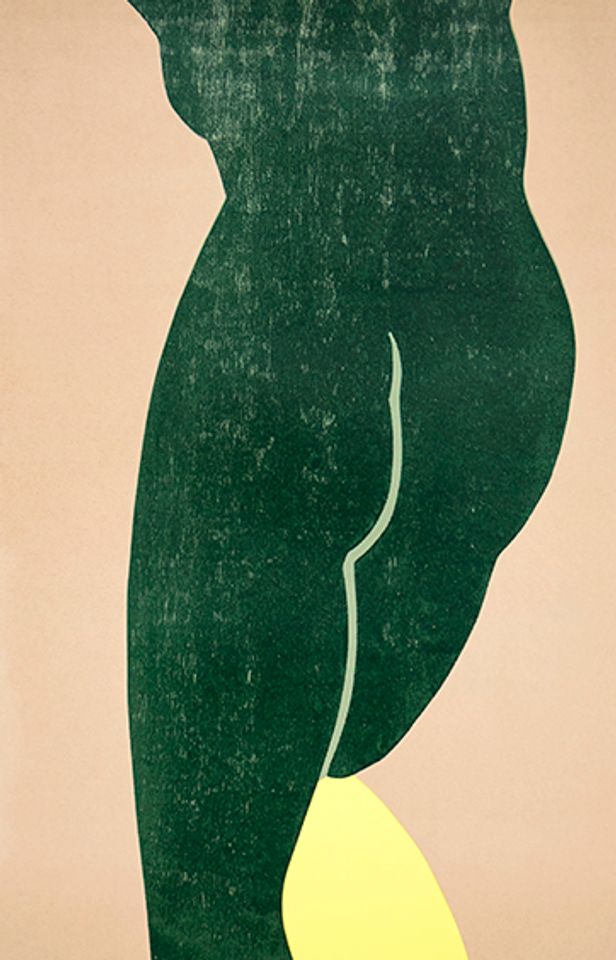 Such correspondences chime throughout the London show. Seeing Hume and Hopton’s works together en masse is on many levels a testament both to the closeness of their relationship, and to their common aims—their shared sense of the interconnectedness of things. Whether in a self-portrait photograph of Hopton sitting on a pumpkin whilst elegantly holding its provocatively-positioned stalk, or in Hume’s screen-print-on-aluminum card of a cheerleader’s stem-like arm ending in the tousled bloom of a pompom, there’s a quiet playfulness and a refined pleasure in the decorative, underpinned by consistently precise and rigorous execution. Both artists use an off-kilter palette and also pay keen attention to the humble and overlooked. In many instances, what might often appear to be abstract or random is never so, but always carefully considered and rooted in a concrete and keenly observed reality. A vividly coloured cluster of pastel scribbles by Hume turns out to be the overlaid characters of the entire Arabic alphabet, while the similarly tangled strands of wool, twine and leaves in Hopton’s After the Deluge (2019) were composed by superimposing and then meticulously editing line drawings made from nature. 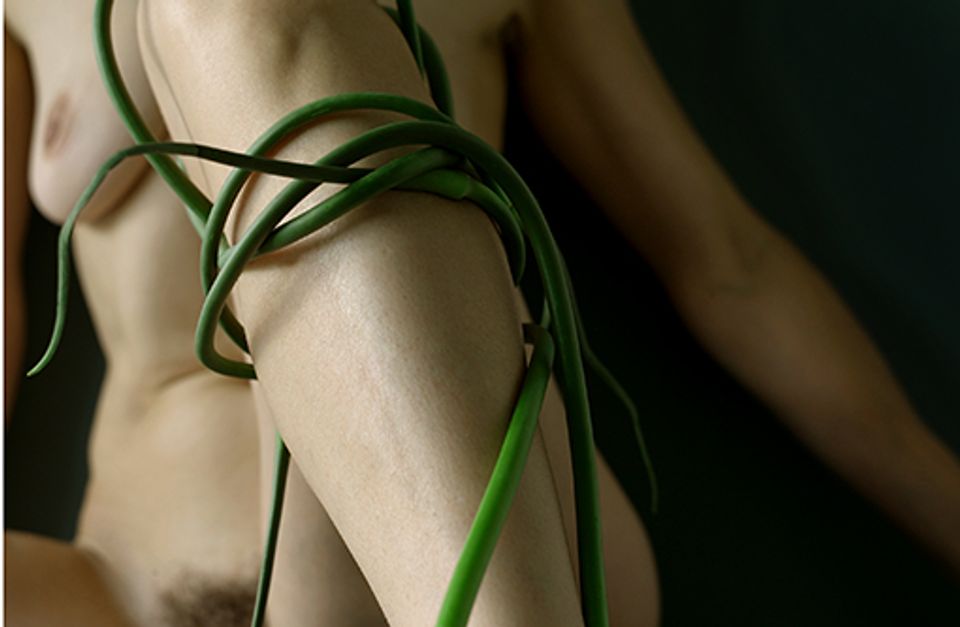 Given that Hume and Hopton divide their time between a London townhouse and a farm in rural upstate New York, it is especially appropriate that the pair are simultaneously showing on both sides of the Atlantic. They plan their annual migration to and from their homes not to co-ordinate with the activities of the art world but to be in tune with the natural cycles of their New York farm—arriving in spring for planting and then returning from midsummer to October for growing and harvest. This shared involvement in nature and often intense work on the land is then filtered through concentrated time spent in the studio and feeds into each of their work in multifarious ways. In the case of Hopton, this literally manifests itself in the flowers and the vegetables she photographs, as well as in the stalks, pulses and seeds she uses directly as materials. She even uses horticultural terms to describe her husband’s artistic modus operandi, declaring that in making his work Hume “ploughs and plants simultaneously”. 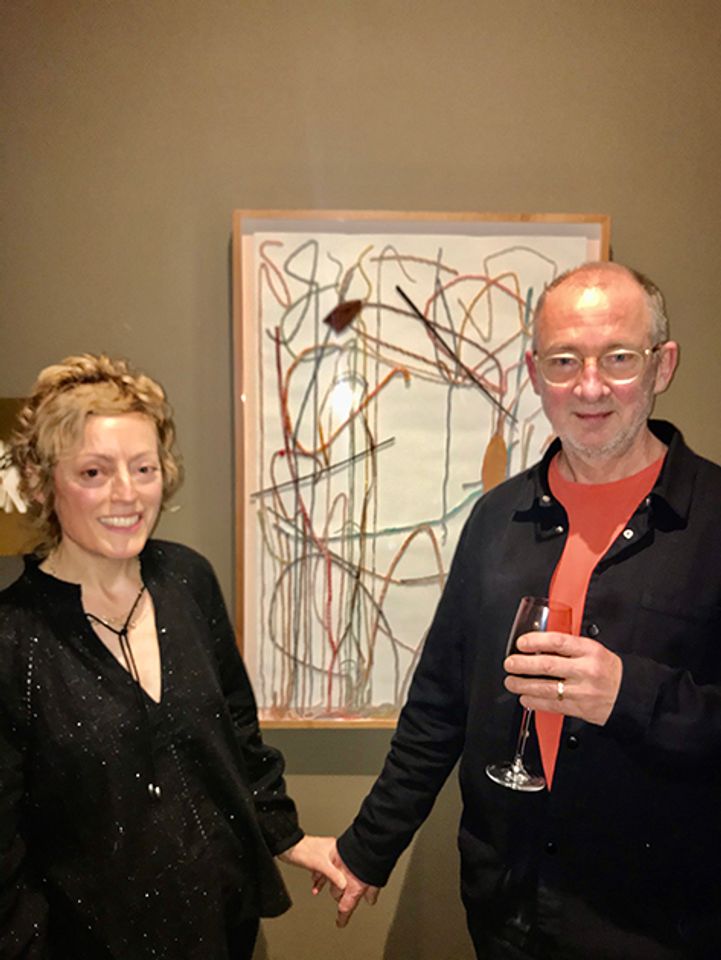 The collective title of this twofold double act is Hurricanes Hardly Ever Happen, a line taken from My Fair Lady (1965), which Hopton says applies both to the works she has chosen as well as to her marriage. “For the most part there is harmony and a little drama, but every so often something disrupts the calm.” Be that as it may, on the evidence of the first of these two shows, this is a rich and ongoing artistic dialogue that in all its different facets has evidently been of great benefit to its two participants. Now, for a short time it can be enjoyed by all of us.