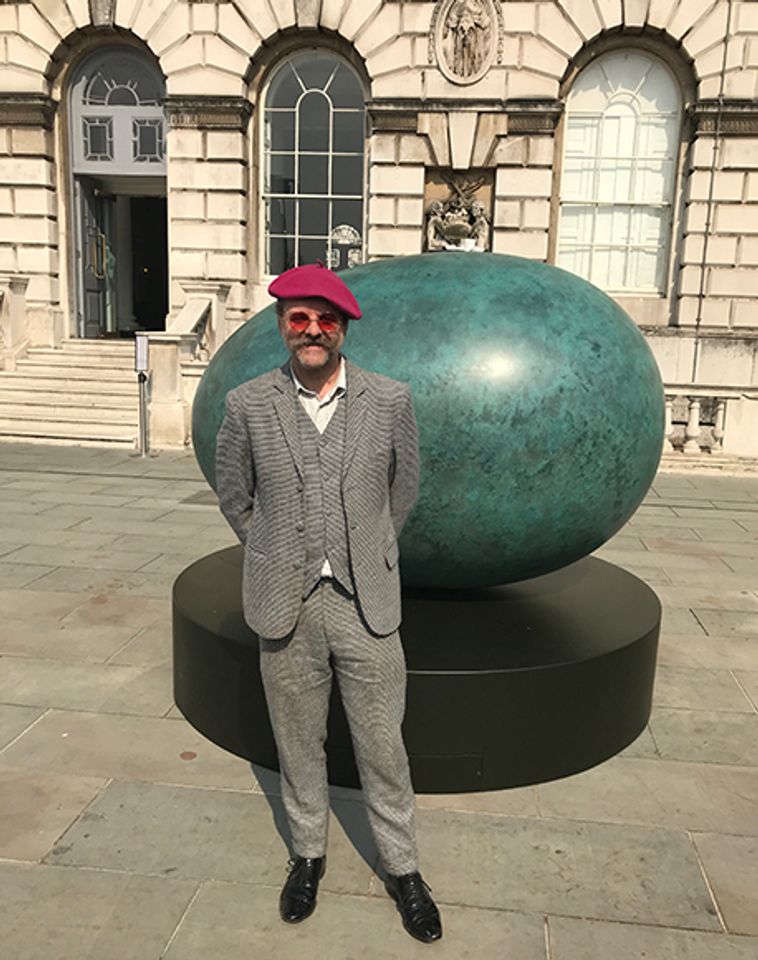 Easter came early to Somerset House as Gavin Turk unveiled a giant bronze egg on the building's River Terrace yesterday morning. Oeuvre (Verdigris) (2018) was wrapped up—Christo style—in white canvas and bound with rope and as Turk slipped the first knot and proceeded to unravel its lengths, he confided that his egg obsession stretched back to 1992. This was the year that Turk, having left college and begun thinking “about how art functioned and what art was for,” took the egg as his personal logo. Since then, this maestro of art-historical appropriation has proceeded to use the egg in multiple incarnations, from Magrittean photo portraits of an egg-headed artist to pierced Fontana-style ovoids and Piero Manzoni-esque boxes of multiple eggshells. “It’s the biggest floating signifier you could find: it’s narrative, figurative and abstract all simultaneously—and highly unoriginal as well—which is complicated but something I can handle,” he says. 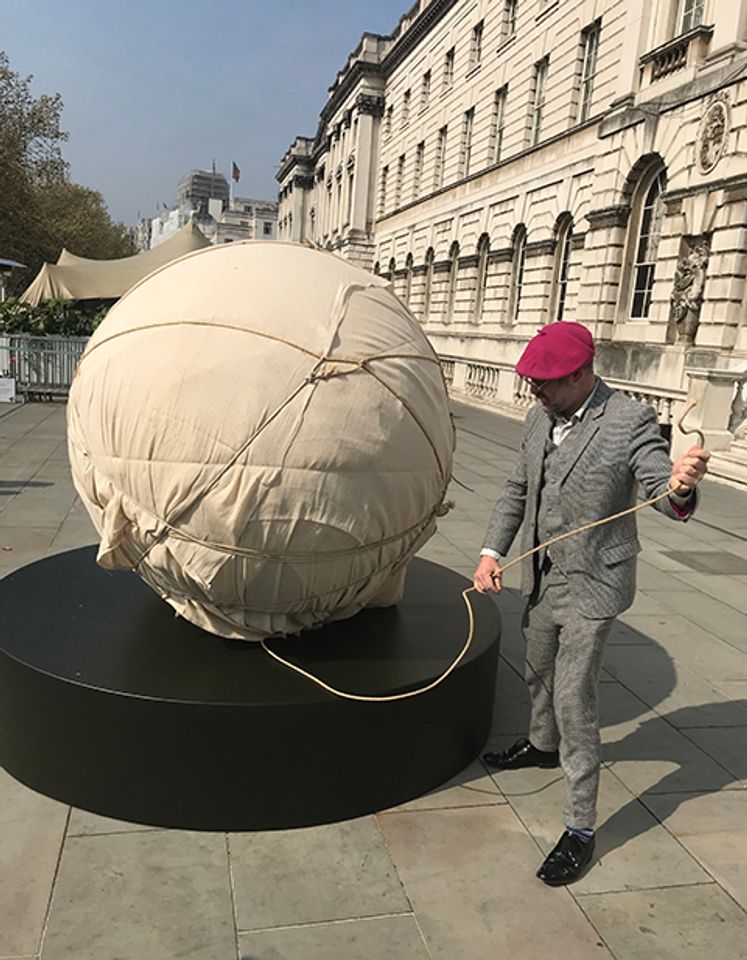 The inauguration of Turk’s monumental metal signifier also took place against the backdrop of the adjoining Waterloo Bridge which was closed to traffic due to its being occupied by an encampment set up by Extinction Rebellion. The environmental-activist movement is enthusiastically supported by the artist, who was arrested last year for obstructing a public highway, namely Lambeth Bridge, while on an Extinction Rebellion demonstration. “I’ve made an egg that will last forever—but now we no longer know what forever means—it depends which report you read,” he commented.

Oeuvre also forms the starting point and inspiration for a wider collaboration between Turk and photographers around the world who are invited to submit their own digital portrait of an egg— any egg—to the project website: www.gavinturkegg.art. All the gathered images will then collectively make up Gavin Turk: Portrait of an Egg, a moving montage of multiple egg portraits to be displayed at the annual photography fair Photo London, which will take place at Somerset House between 16-19 May. The aim is create the world’s biggest egg collaboration with guest curators Matthew Collings, Martin Parr, Francesca Gavin and Turk himself singling out a select few for a special Hall of Fame which will highlight their top images of this symbol of creativity.