In the carnival groove: Georgia Lucas-Going gets everybody going at London’s Emalin gallery 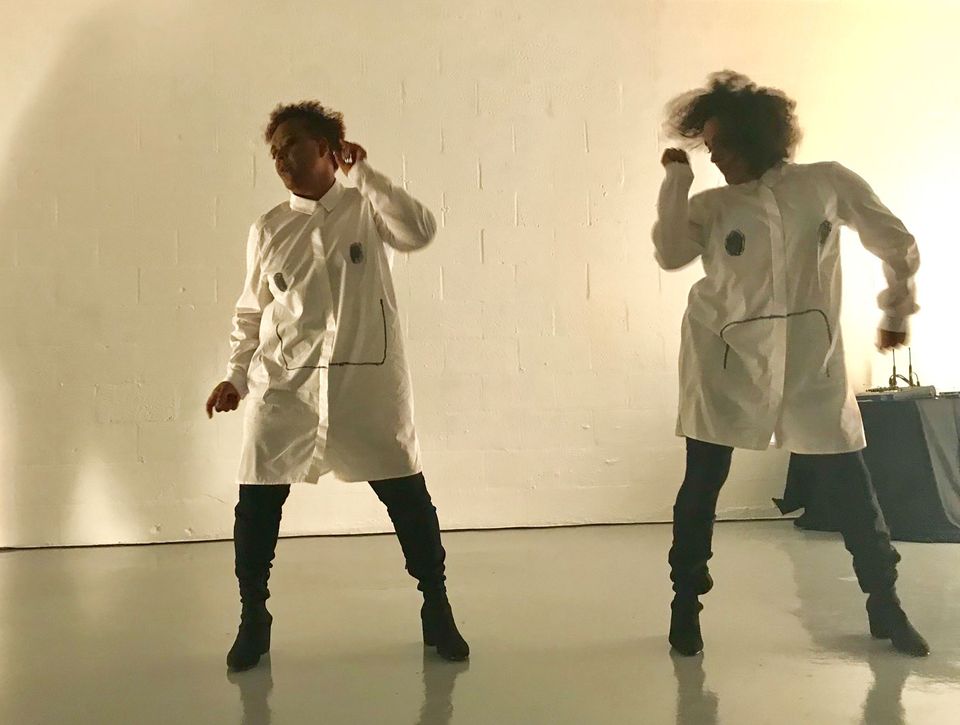 What better way to blow away those end of summer blues than to hit the dance floor? There was precisely that in abundance at Emalin gallery this week with You Asked and Told, a stirring performance by Georgia Lucas-Going, which involved some formidable singing and dancing by both the artist and her professional-singer mother, Cheryl Beckles. And it all ended with most of the audience joining in too.

Accompanied by Cheryl’s long-time percussionist Robert Anderson, the mother and daughter double act belted out a medley of numbers that ranged from Madness to Prodigy, with Cheryl delivering an especially impressive version of Prince's “Purple Rain”. The songs were based on the artist canvasing people on what they danced to with their own families. The duo soon got pretty much everyone on the move, with some especially stylish shapes being thrown by such illustrious crowd members as the Galerie Thaddaeus Ropac director Julia Peyton-Jones and the design critic Alice Rawsthorn, along with that perennial dancing queen, Pauline Daley of Sadie Coles HQ. Only the Serpentine Gallery’s Hans-Ulrich Obrist remained stationary in order to film the proceedings for his Instagram live post. 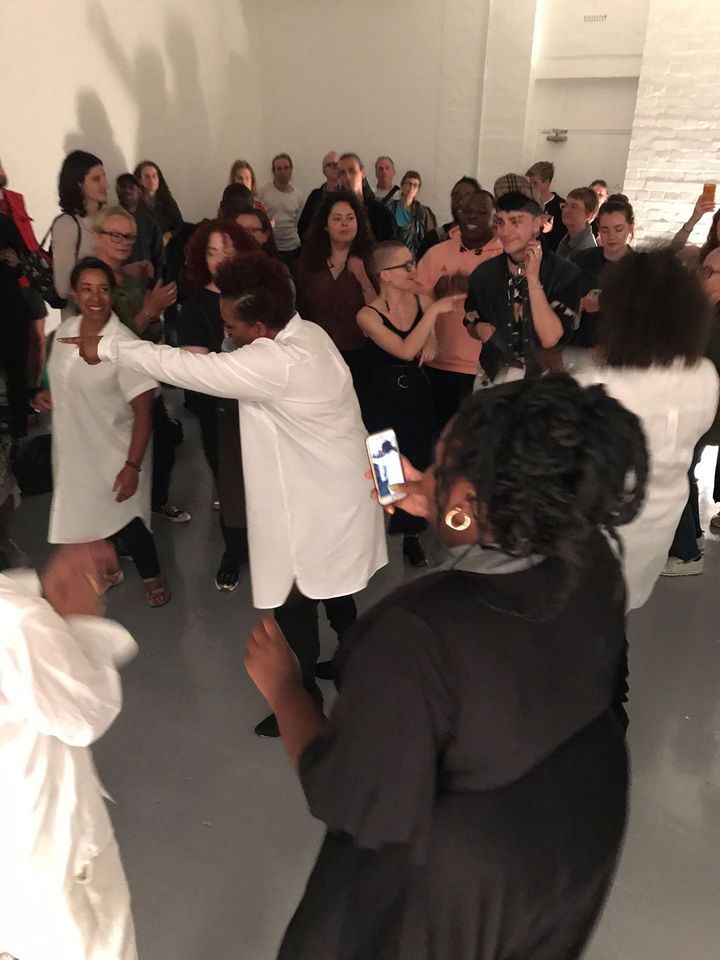 Lucas-Going’s danceathon marked the finale of a summer-long programme at Emalin, put together by fellow artist Alvaro Barrington, who Lucas-Going met when they were both doing the MFA at the Slade School of Fine Art. (“His voice, his dedication to working and his trainers” were what she first noticed about him.) With Barrington organising a “One Famalay” carnival concert in East London’s Troxy venue tonight, featuring multiple Soca music stars, and hosting an entire float of musicians at the Notting Hill Carnival this weekend, ahead his Garvey: Sex Love Nurturing Famalay exhibition opening on 7 September at Sadie Coles, it looks as if the dancing is set to continue well into the autumn…