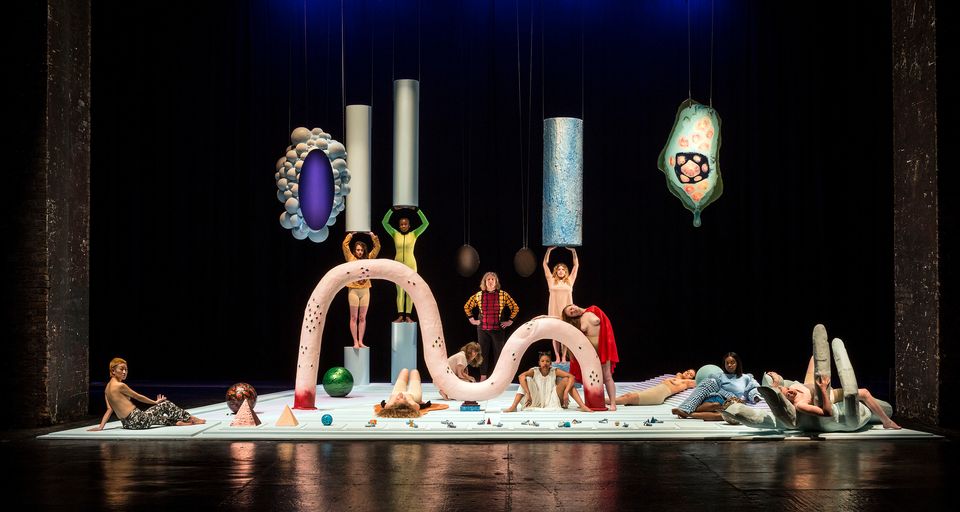 There’s a distinctly dystopian feel to the main programme of the eighth Glasgow International (GI), Scotland’s largest festival of contemporary art. In the cavernous ornate hall of Glasgow’s Gallery of Modern Art (GoMA), the Irish artist Sam Keogh’s astronaut clambers out of his cryogenic pod, surrounded by the remnants of a destroyed starship, swathed in tatters of plastic and melted electronic detritus. Overhead, Jesse Darling has festooned lengths of washing line tangled in coils of razor wire droopy bunting, from which dangle forlorn soft toys, grimy tea towels, baby clothes and the occasional Pinata. On John Russell’s giant digital canvas, stretching across the entire space, a monstrous elephant gazes out of the gloom with blinded eyes. These form part of the group exhibition Cellular World: Cyborg-Human-Avatar-Horror at GoMA (until 7 October), one of 90 exhibitions that make up the festival, organised this year by the former director of the Blackpool’s Grundy Art Gallery, Richard Parry. The show riffs rather too loosely on aliens, artificiality and flawed futures. In a more effective GI commission, the voices of disenfranchised youth ring through Kelvin Hall’s foyer and dancehall, courtesy of rising star Hardeep Pandhal who draws on his background as a second generation British Sikh raised in Birmingham to create Self-Loathing Flashmob, a visually cacophonous installation of satirically cartoonish painted cut-out sculptures, an animation and multiple monitors, showing footage shot during the 2010 student protests against UK government cuts. Over at Tramway more alienation comes in the form of Mark Leckey’s Nobodaddy, a life-sized version of an 18th-century, painted-wood figurine of the forsaken biblical figure Job—boils, sores and all—who oozes sound from speakers set into his gaping lesions. These fill Tramway’s vast darkened space with an agonised, distorted diatribe that doesn't bode well for the state of mankind, but which forms one of the festival’s most powerful works. To underline his plight, the abject figure is faced by a video projection of himself in CGI that includes a disconcerting journey through his hollowed-out innards and behind his face. Powerful female presences pervade this year’s GI, in both the official and satellite shows. Tai Shani’s Tramway installation of suggestively organic, new-age sculptural forms double up as the set for Dark Continent: SEMIRAMIS, a masque-like and often darkly sexual 12-part performance and text that takes the 15th-century, protofeminist text The Book of the City of Ladies as its starting point. Linder has made a Bower of Bliss flag and accompanying film for the Glasgow Women’s Library, which had a memorable inauguration ceremony last week involving the boxed flag being rowed up the Clyde by the Lord Provost of Glasgow, wearing her impressive ceremonial chain over her lifejacket. 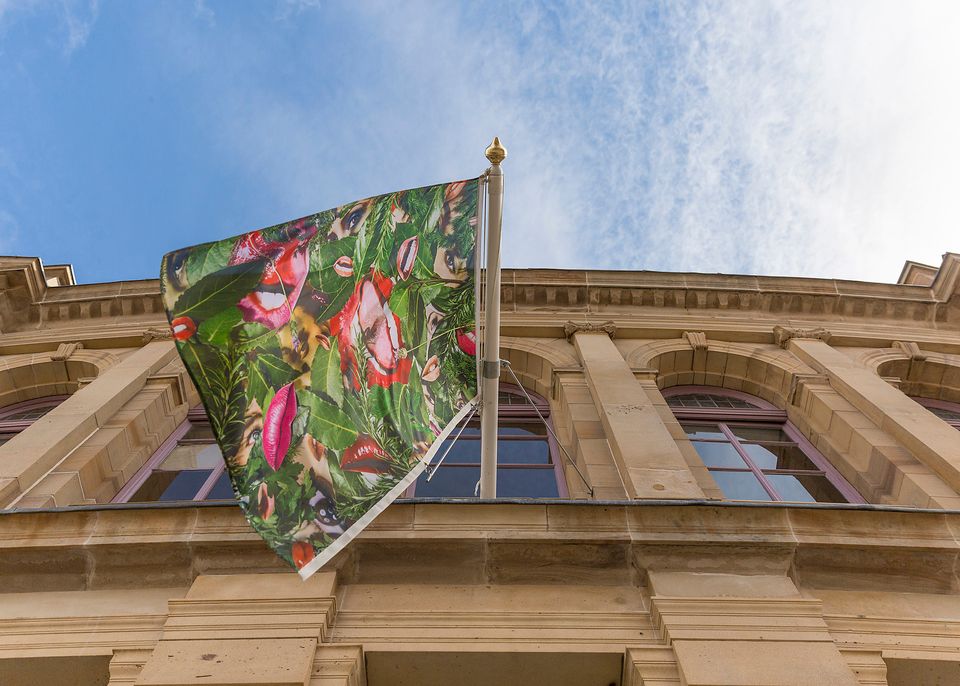 Overall, this year’s GI seems even more sprawling than ever, occupying nearly 80 venues which permeate every element of the city, from paintings propped on sofas in the window of a charity shop to downloadable, artist-designed typefaces. But there are enough high points to make the traipsing worthwhile; most notably the collaboration between Richard Wentworth and poet Victoria Miguel in the newly refurbished arts and events complex SWG3. Here, sheets of their intermingled texts are suspended from heavy-duty steel chains that slice through the vast brick space of what was once a galvanising tank. Also at SWG3 is a small and satisfying show of jewellery and works on paper by revered designer Judy Blame who died earlier this year, and an excellent three-screen film by Dmitri Galitzine, which goes behind the scenes at a London rehearsal studio. To raise the spirits there’s also a welcome shot of humour offered by the Modern Institute, with its two spaces playfully contrasting minimal with maximal. One gallery has been left completely empty except for a pair of mechanical snails by the Swiss artist Urs Fischer, which creep torturously around the floor. The other venue has been given over to a full-blown celebration of iconic post-Pop artist Duggie Fields, displaying his vividly-coloured paintings within an immersive mock-up of his exuberantly decorated Earl’s Court apartment—mannequins, mirrors, leopard skin prints, and all. This year especially it seems to be the energy of the Glasgow art scene, as much as the individual aspects of GI itself, that carries the day.