Antony Gormley's maiden VR voyage blasts off to the moon 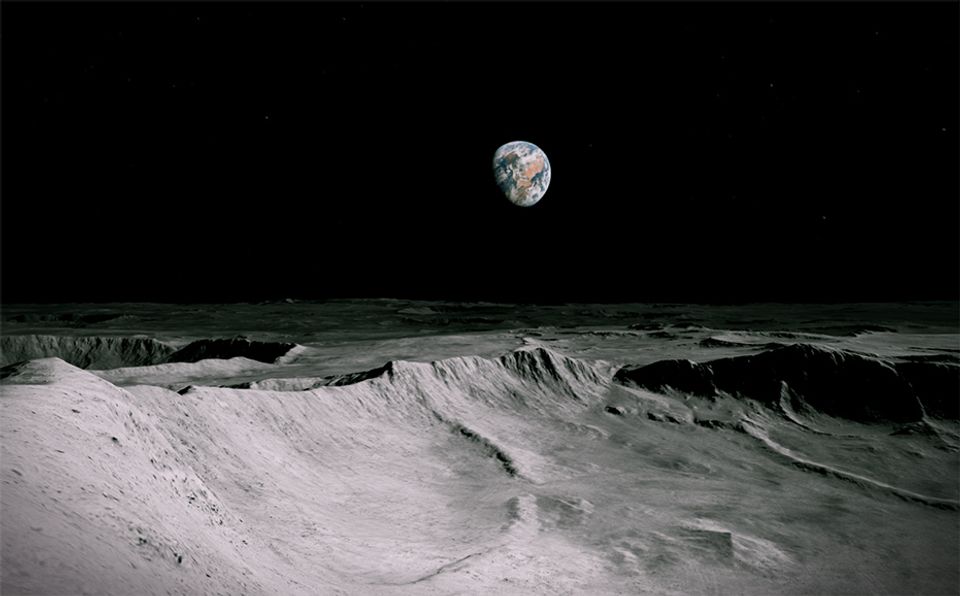 Antony Gormley’s first venture into virtual reality—which was unveiled yesterday at The Store X—offers a trip to the moon. Only twelve men—yes, just men—have walked on its surface since the Apollo landings 50 years ago and now, in collaboration with Yale University astrophysicist Priyamvada Natarajan and Acute Art, Gormley aims to recreate the gravity-free experience for all of us, without the impediment of a spacesuit. “I wanted to provide as accurately as possible the physical experience of the body in space,” he said at yesterday’s launch. “The subject is space and the haptic feeling of being lost in space.”

Sadly, the technology is not sufficiently advanced to deliver this fully immersive sensation but the journey is still an engaging one. Lunatick (2019) as the piece is rather toe-curlingly called, kicks off with a wander around a tiny Pacific Island before you are propelled up through the clouds and into space, where it is possible to gaze at floating space stations, constellations and supernovas. Then you land among the moon’s craters which have been painstakingly recreated using data collected by NASA. After some vertigo-inducing swooping and soaring, time’s up and you hurtle directly into the sun—to be, as Gormley puts it, “vaporised by that great nuclear generator in the middle of our solar system.” This is of course is how the earth will ultimately end if we don’t destroy it first.

As well as the ideas around the body both within and as space which have underpinned Gormley’s sculpture right from the start, both artist and scientist also admitted to being surprised by the strength of their emotional response to our home planet which Natarajan described as resembling “a blue marble” when rendered in VR from the perspective of space. “Bouncing on the moon and looking at the earth rise I felt an adrenalin rush and also a sense of emotion” she said, with Gormley also concurring: “Being able to look back at our home planet I think we begin to have a different relationship with it—it’s precious.”