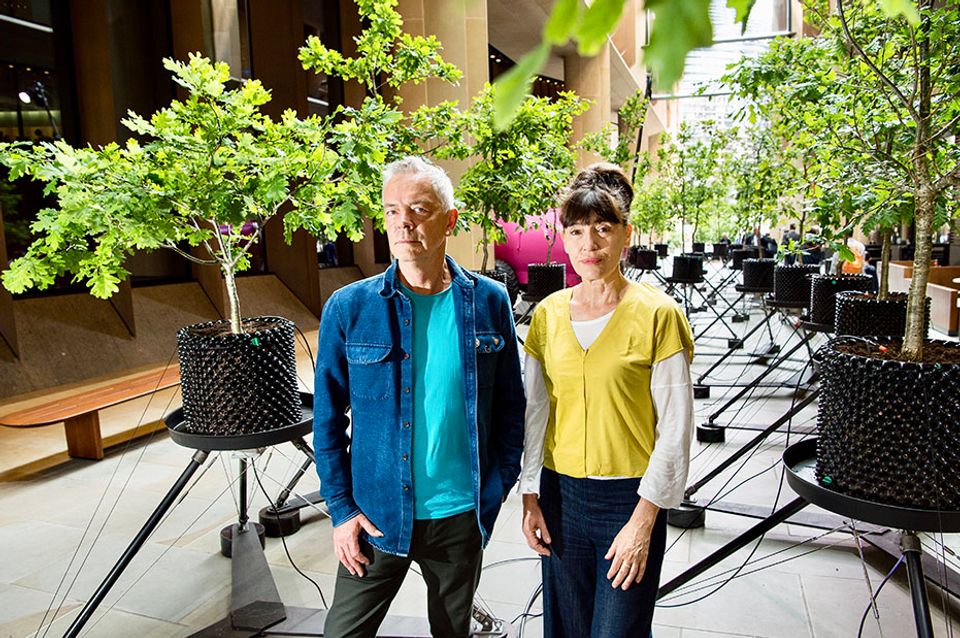 London enjoyed an especially green day today as the artist duo Ackroyd & Harvey unveiled Beuys’ Acorns (2019), a living artwork of 52 oak trees at Bloomberg’s European headquarters in London. At the same time Tate's directors issued a statement declaring a climate emergency in which they collectively pledged to “interrogate our systems, our values and our programmes, and look for ways to become more adaptive and responsible”. These include a commitment to reduce Tate’s carbon footprint by at least 10% by 2023 and switching to a green electricity tariff across all four galleries.

As key members of the Culture Declares Emergency initiative, Ackroyd & Harvey were instrumental in convening a breakfast meeting at the Tate Modern last week between artists, architects, environmentalists and Tate staff, including Antony Gormley, Gary Hume, Cornelia Parker, Jeff McMillan, Mark Wallinger, Andy Holden, the Tate Modern director Frances Morris and the Tate Youth Engagement trustee Anna Lowe. It was as a direct result of this meeting and its strong artist presence that Tate decided to declare a climate emergency, stating that “as an organisation that works with living artists, we should respond to and amplify their concerns”.

As the title suggests, Ackroyd & Harvey’s young oak trees have been grown from acorns collected from Joseph Beuys’s 1982 seminal artwork 7000 Oaks. These 12-year-old saplings will remain in situ in Bloomberg Arcade until early September, with the artists describing this moveable glade as “a living research project on the cultural, biological and climatic significance of trees”. Installed in the heart of the city, the aim is for the work to act as a catalyst for conversations around ecology, conservation and the interdependence between humans and the natural world.

It therefore couldn't be a better—albeit unplanned—coincidence that Tate’s declaration has been made on the same day as the launch of Beuys’ Acorns. “Tate declaring climate emergency sends out waves across all the cultural institutions—both nationally but globally as well,” say Ackroyd & Harvey. “We are in the grip of a climate and ecological emergency and we have to make some very big and enduring decisions about how our cities work, and how we work as individuals, as communities and as organisations.” The duo are also keen to remind us that “Joseph Beuys put ecology on the same level playing field as economics”. Let’s hope that our politicians start to see the sense in doing likewise.