Here’s looking at the ‘real’ and ‘reel’ Casablanca 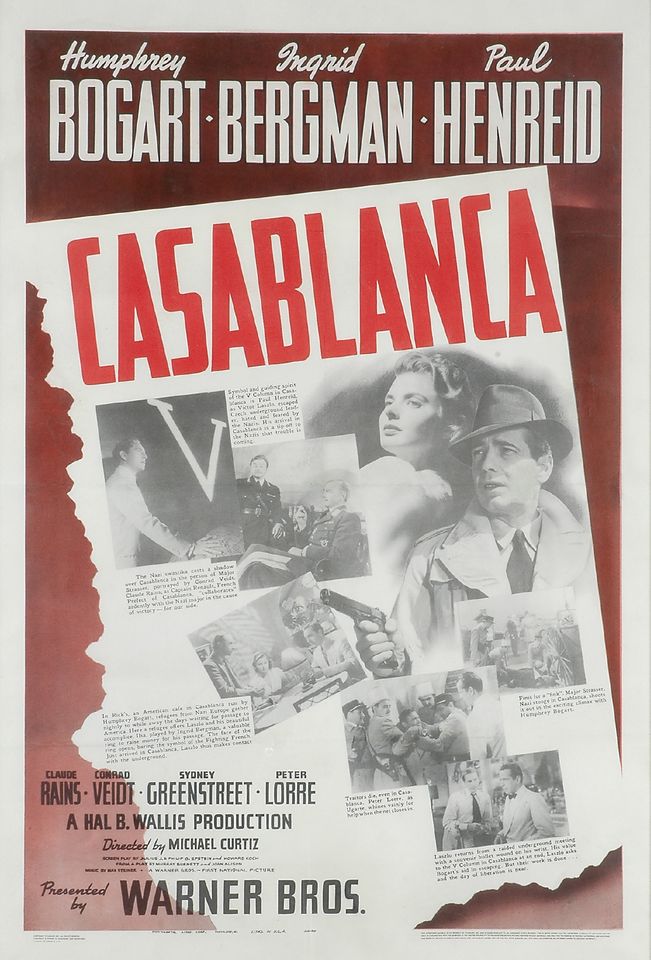 Today, 8 November, is the 75th anniversary of the invasion of Casablanca by US troops, the country’s official entry into the Second World War. The exhibition The Real and Reel Casablanca; American Troops Enter World War II, Landing in North Africa (until 3 February 2018), due to open on 10 November at the International Museum of World War II in Boston, looks at this historic event and the classic film, which was released just two weeks later. “There was no relationship between the making of the movie and the idea that American troops would land in Casablanca,” says the museum’s founder and director, Kenneth Rendell. Warner Brothers released the film early, since they “realised nobody knew where Casablanca was”, Rendell says, and it became “as much a part of what [was] going on on the home front as Rosie the Riveter”. The show displays 75 objects from the museum’s collection, divided into artefacts related to the film, including Humphrey Bogart’s handwritten chess moves (he was playing a real game in Casablanca) and a chair from Rick’s Café, and artefacts related to the invasion, such as General Dwight Eisenhower’s decoded go-ahead: PLAY BALL. The show does not, however, glorify war. “Any museum that seriously deals with war really has to be an anti-war museum,” Rendell says, “because nobody really wins a war—you just don’t lose it as badly as other people.”