How Tacita Dean 'seduced' her famous subjects to capture their essence 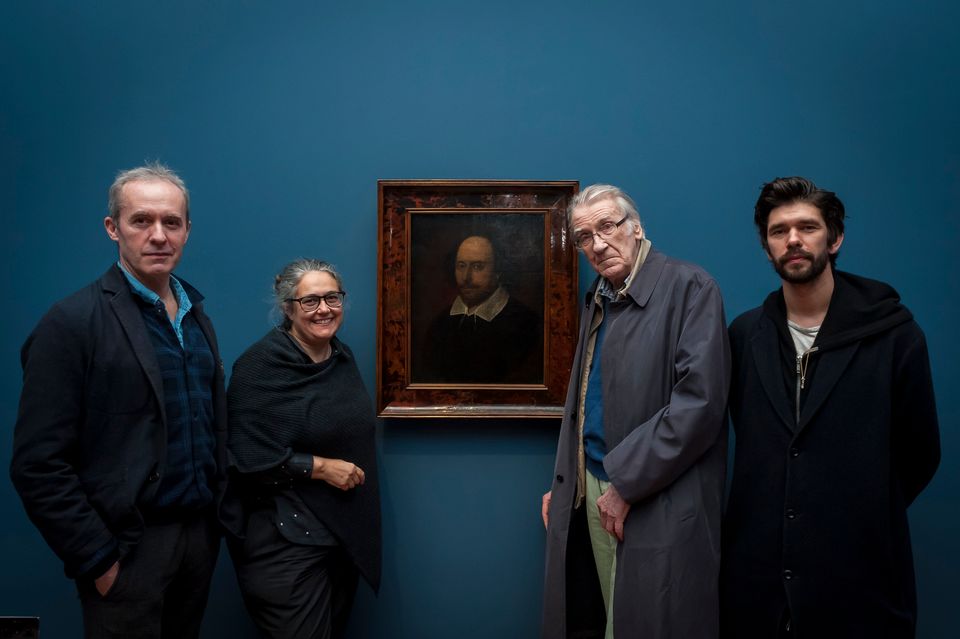 Stephen Dillane, Tacita Dean, David Warner and Ben Whishaw pose by a portrait of Shakespeare during a viewing of Dean's new film portrait of the actors at the National Portrait Gallery on 13 March Jorge Herrera

Tacita Dean may have organised a triptych of shows according to the themes of portraits, still lifes and landscapes for London’s National Portrait Gallery (NPG), the National Gallery and—opening at the end of May—the Royal Academy, but she says that genre is more of a “helpful device” in putting together these exhibitions than a rigid category in her work. As she discussed at the opening of her enthralling Portrait exhibition, Dean never considered her filmed portrayals at the NPG to be portraits per se.

Indeed, Dean pointed out that the show’s grand finale—her epic and moving installation of six views of Merce Cunningham sitting motionless for four minutes 33 seconds as he performs his late partner John Cage’s 4’33”—could also be viewed as a still life. As could the series GAETA (2015), her 50 photographs depicting the contents of Cy Twombly’s studio that run down the show’s central corridor. (Among them she has slipped in an image taken in Giorgio Morandi’s studio, which is left to viewers to spot.)

She also described how she “coveted, observed and seduced” her subjects, waiting and watching with her camera while they engaged with the things that they loved: David Hockney incessantly smoking, Michael Hamburger showing the rich varieties of apples grown in his Norfolk orchard, and Claes Oldenburg lovingly dusting his collection of objects with a paintbrush and seeming almost to paint new life into them. Apparently, the mighty Mario Merz, who sits like a mountainous, craggy prophet in Dean’s earliest film portrayal, was adamant that he didn't want to be captured on camera until Dean performed the ultimate seduction: “I gave him a big bowl of chocolate ice cream.” (Evidence of which can still be spotted at the corner of his mouth…) Whatever it takes, the result is stupendous.