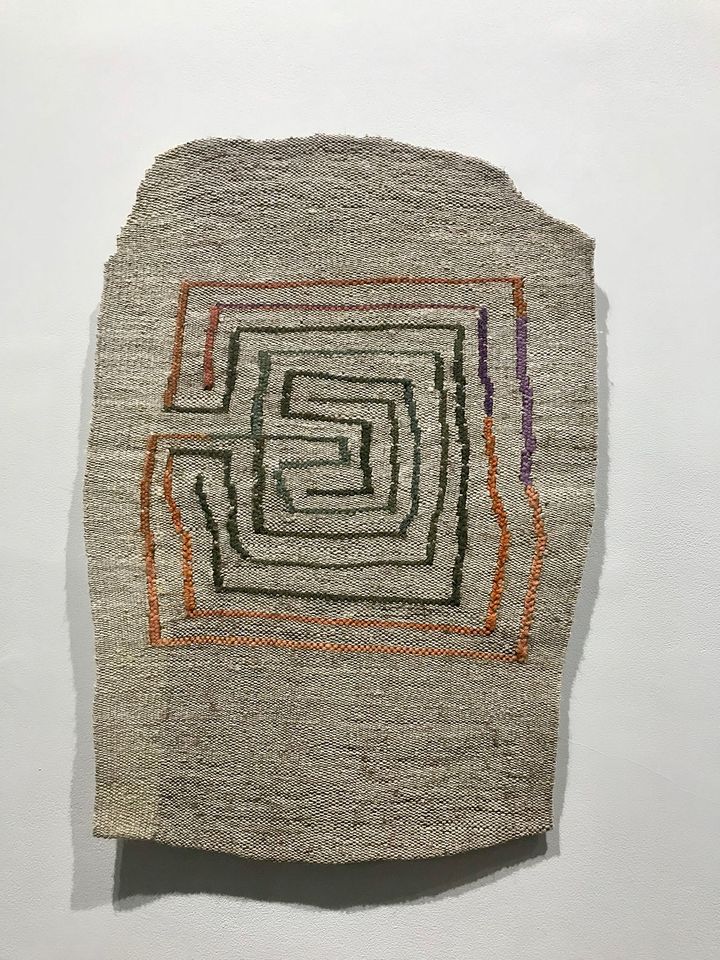 It could be said that the discombobulating labyrinth, mythically inhabited by the ravening minotaur, is an apt metaphor for our confusing and perilous times. Certainly mazes and matters-labyrinthine seem to be on the mind of many contemporary artists, as is amply confirmed by In the Labyrinth, an elegantly curated mixed show that opened at the Large Glass Gallery on Caledonian Road (until 5 April). Here, works range from Alice Channer’s whorled crushed skein of high-tech silver lamé wrapped around an ammonite fossil, to Helen Mirra’s woven wool-and-linen-work depicting patterns from an Ancient Greek tablet. Dorothy Cross gave us two hemispheres of a human cranium, each lined with gold leaf and indented with the looped maze-like lines of the brain.

But no exhibition on the subject would be complete without London’s maestro of the labyrinthine, Mark Wallinger, whose 270 labyrinth signs are permanently on display in every station across the underground network. Both Wallinger and his work were very much in evidence last night with an enlarged version of his circular labyrinth for Embankment underground station emblazoned across the gallery’s street-front window and inside, another sign identical to the one installed on the Northern Line platform at Hampstead. 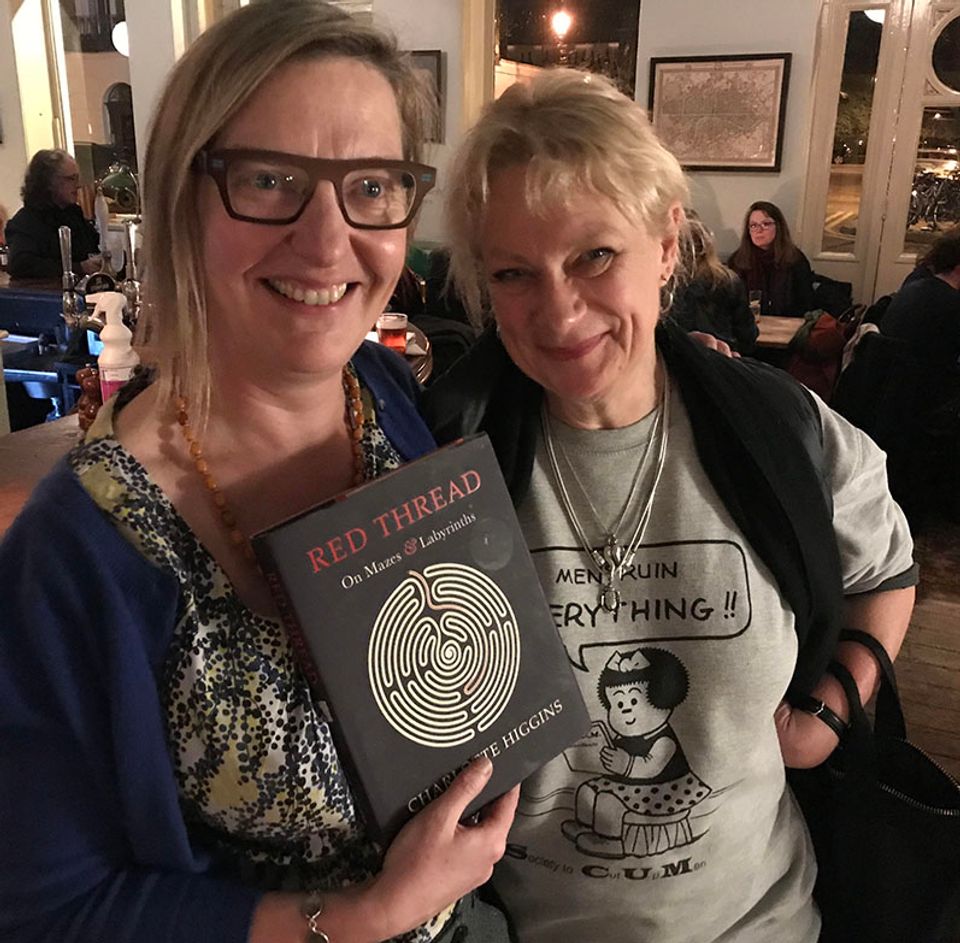 Wallinger also features in Red Thread: On Mazes and Labyrinths (2018), the richly erudite and compellingly personal book by Charlotte Higgins, the Guardian’s chief culture writer, which provided the initial inspiration for the Large Glass show. Both tome and exhibition were fulsomely toasted at the packed opening by an exuberant crowd including the artists Fiona Banner, Grayson Perry, Jeff McMillan and the actress Diana Quick. For as Higgins herself declares, “there may be terrors within the labyrinth but there is also love.”