Given that the title of Dan Graham’s current Lisson Gallery show (which ends on Saturday 3 November) is Rock ’n’ Roll, with its underlying theme the relationship between performance and audience, it was only fitting that it be activated by some real-live music. At its Frieze week private view there was a special set by fellow Lisson artist Rodney Graham; on 30 October, the final days of Graham’s tenth show at the gallery were serenaded with a vengeance by a double-whammy of gigs, which took place within the reflective glass curve of Graham’s special new pavilion-cum-stage set. 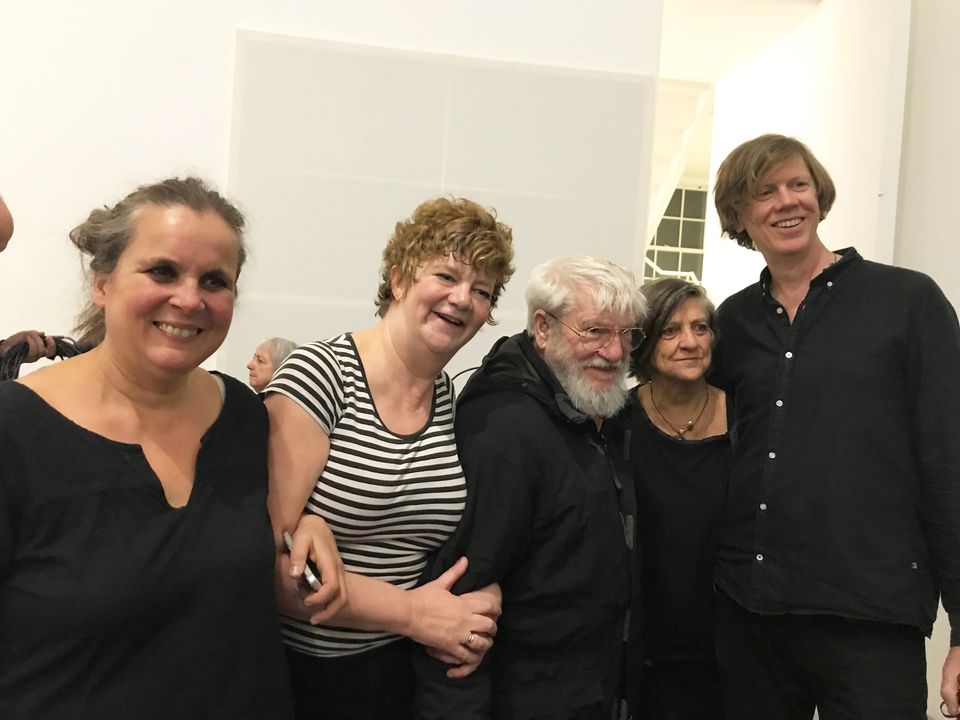 Dan Graham and the musicians Courtesy of Lisson Gallery

The artist and his wife Mieko Meguro were in attendance throughout as the evening kicked off with a memorable double guitar performance by Graham’s old friend and now London resident Thurston Moore, formerly of Sonic Youth, who jammed brilliantly for an hour with his frequent collaborator Debbie Googe, bassist for the bands My Bloody Valentine and Primal Scream. This was followed by a second set from seminal British punk trio The Raincoats, who fired up everyone present—from the Serpentine Galleries’ artistic director Hans Ulrich Obrist to the conceptual artist John Hilliard—despite the fact they were winging it without a set list and there was a small hiatus until the bassist and lead vocalist Gina Birch realised that she had tucked her plectrum inside her sock. Eclectic, original and influential, The Raincoats’ many fans have included the late Kurt Cobain, who famously declared: “When I listen to the Raincoats I feel as if I'm a stowaway in an attic, violating and in the dark.”

On Tuesday night, however, the mood was more celebratory than dark or violating, with Birch rocking a pair of trousers emblazoned with the slogan ‘UNFUCK THE WORLD’ and advising the audience that “We are now very mature and only throw tantrums occasionally.” As an encore, Graham requested they perform his favourite Raincoats song “In Love”. With Moore summing up the evening as “insanely awesome”, the art-music love-in was complete.