Rather than wringing their hands over Britain’s departure from the European Union, last night (28 November) art world Remainers were able to channel their opposition to the B-word into a cheering flurry of retail therapy. Studio Voltaire’s one-night “European Party” at the Blue Posts pub in Soho, hosted in collaboration with Fantastic Man magazine, helped to dispel the Brexit blues by offering a punchy array of classic slogan t-shirts, all of which had been skillfully altered by Jeremy Deller to include the phrase “Fuck Brexit”. 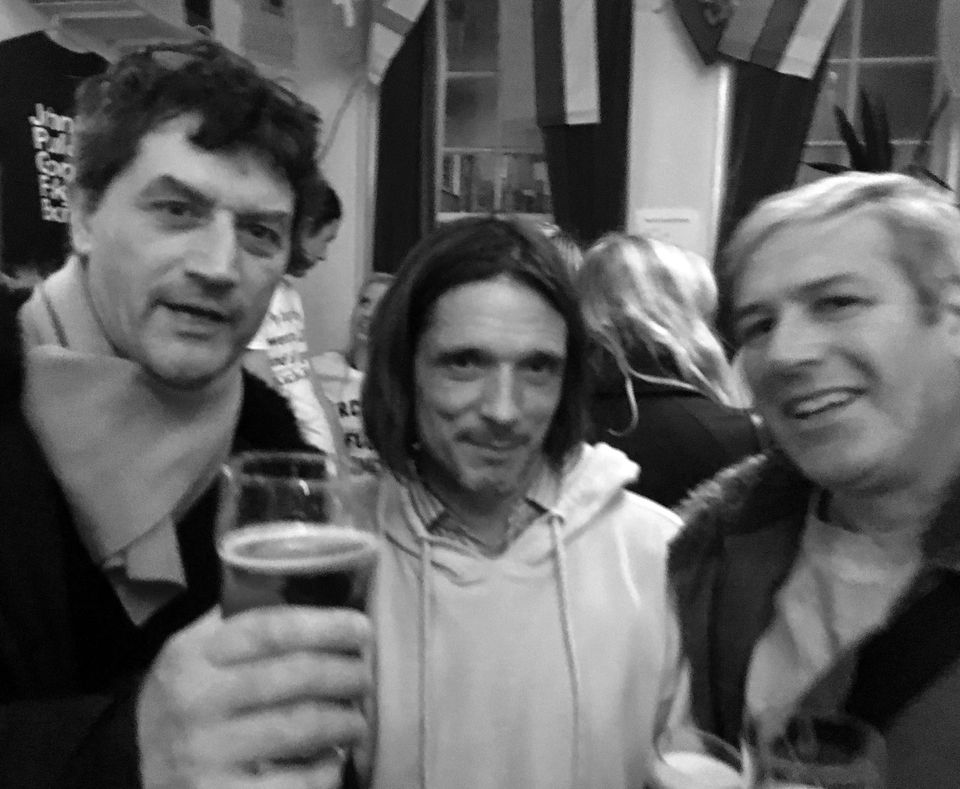 Sales were brisk amongst the pro-Europe crowd which included Jarvis Cocker, Victoria Siddall, the director of Frieze director, the journalist Lynn Barber and Deller’s artist friends Alan Kane and Simon Periton, with all purchases supporting Studio Voltaire’s education programme. “Frankie say Fuck Brexit”, “My boyfriend went to London and all I got was Fuck Brexit”, and “Comme des Fuck Brexit” were especially popular. A beach towel emblazoned with the phrase of the evening was also snapped up by many—including your correspondent—bound for Art Basel Miami Beach next week. However, although we loved the very fetching Acid House style tee adorned with a smiley and the slogan “Don’t worry Fuck Brexit”, many of us just couldn't bring ourselves to buy it, as the situation is just too damn worrying. Fuck Brexit, indeed.

Fuck Brexit merchandise can also be found on House of Voltaire’s website.